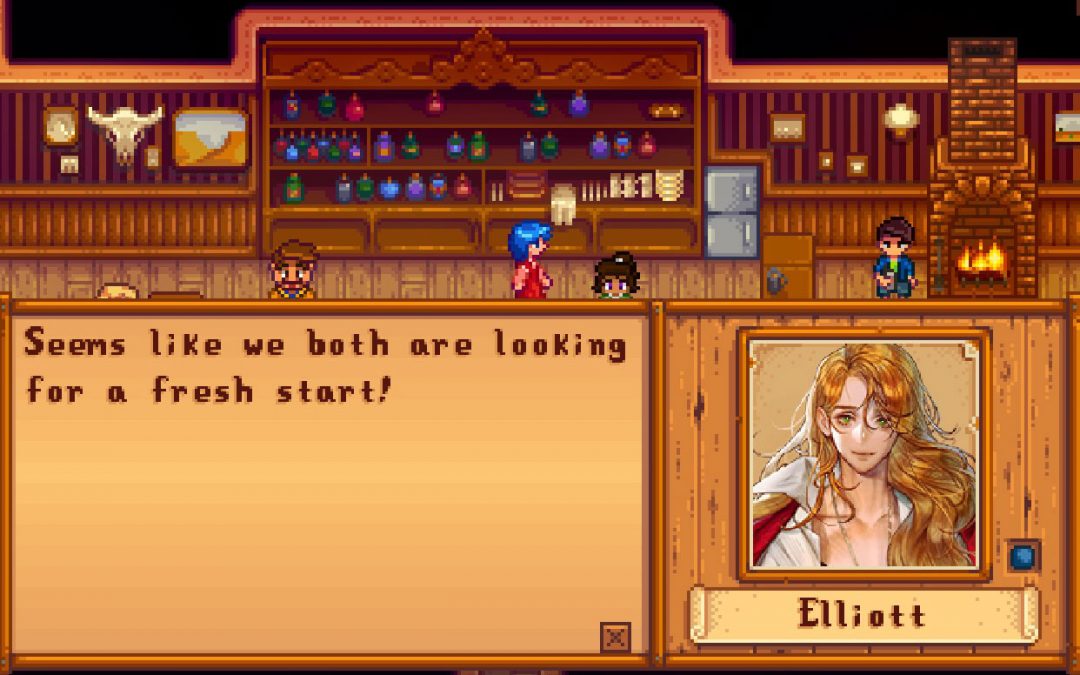 Stardew Valley Mods for 2022 (and Beyond)

Earlier this year, having played through the new update for Stardew Valley on my Switch and wanting a bit more, I decided to check into Stardew‘s modding community. I’ve done modding in a couple of other games over the years, tinkering directly with game code, so I was surprised to find that modding Stardew Valley is as easy as dragging and dropping folders. I was also surprised to find a vibrant, diverse, and friendly modding community, still going very strong five years after the game’s initial release. But perhaps the most surprising thing: all of the mod recommendation lists hadn’t been updated in three years or more, offering mods that are broken or outdated for the current 1.5.5 version. So, in the interest of being the change I want to see in the world, I’ve put together a sampling of my favorites that have been released or updated in the last year, all compatible with the 1.5.5 release. END_OF_DOCUMENT_TOKEN_TO_BE_REPLACED

About a week after we returned from our honeymoon, my cute new husband took it upon himself to install a dozen hooks above the oven. Upon these hooks, we would hang our pans and coffee mugs, and also our hopes and dreams. We had spent the last year apathetic about our messy nest, unable to do much of anything, much less something so ambitious as hanging cup hooks. We’d watched spills on our two-degree-tilted counter drip slowly from sink to floor over the course of hours. We’d accumulated mournful cabinets overflowing with plastic takeout containers that we could not bear to recycle. But now, there could be cup hooks! END_OF_DOCUMENT_TOKEN_TO_BE_REPLACED

Melissa Kagen is a videogame professor at Curry College. Her book, Wandering Games, is forthcoming in 2022 from MIT Press. She co-edits the Journal of Gaming and Virtual Worlds and can be found online at melissakagen.com or on Twitter @melissakagen.

END_OF_DOCUMENT_TOKEN_TO_BE_REPLACED

I’ve been uncomfortably conscious of my body since a pretty young age. When it came to food, I was a fussy child, which resulted in me being overweight. In turn, adults would feel like they were entitled to comment on my body. I have a specific memory of eating a Yorkie (a plain chocolate bar, for non-UK readers) and a stranger harassing me on the street about it. My school’s principals once contacted some form of authority, I can’t remember which, about my fussy eating, which in hindsight broke some serious boundaries. The doctors weren’t even concerned, as other than being overweight I had no serious health issues. But everyone else always had problems with my body. END_OF_DOCUMENT_TOKEN_TO_BE_REPLACED