Hello and welcome to Get Your Game On. My name is Zainabb and I’m still waiting for gaming to stop being such a toxic, abusive hellhole. We’re continuing to follow the news around the Activision Blizzard lawsuit, and allegations of similar behaviours experienced at Ubisoft. Please note that I haven’t included any specific descriptions of those behaviours but that most of the links contain at least some specifics. Look after yourself and reach out to friends and support networks if you need to. END_OF_DOCUMENT_TOKEN_TO_BE_REPLACED 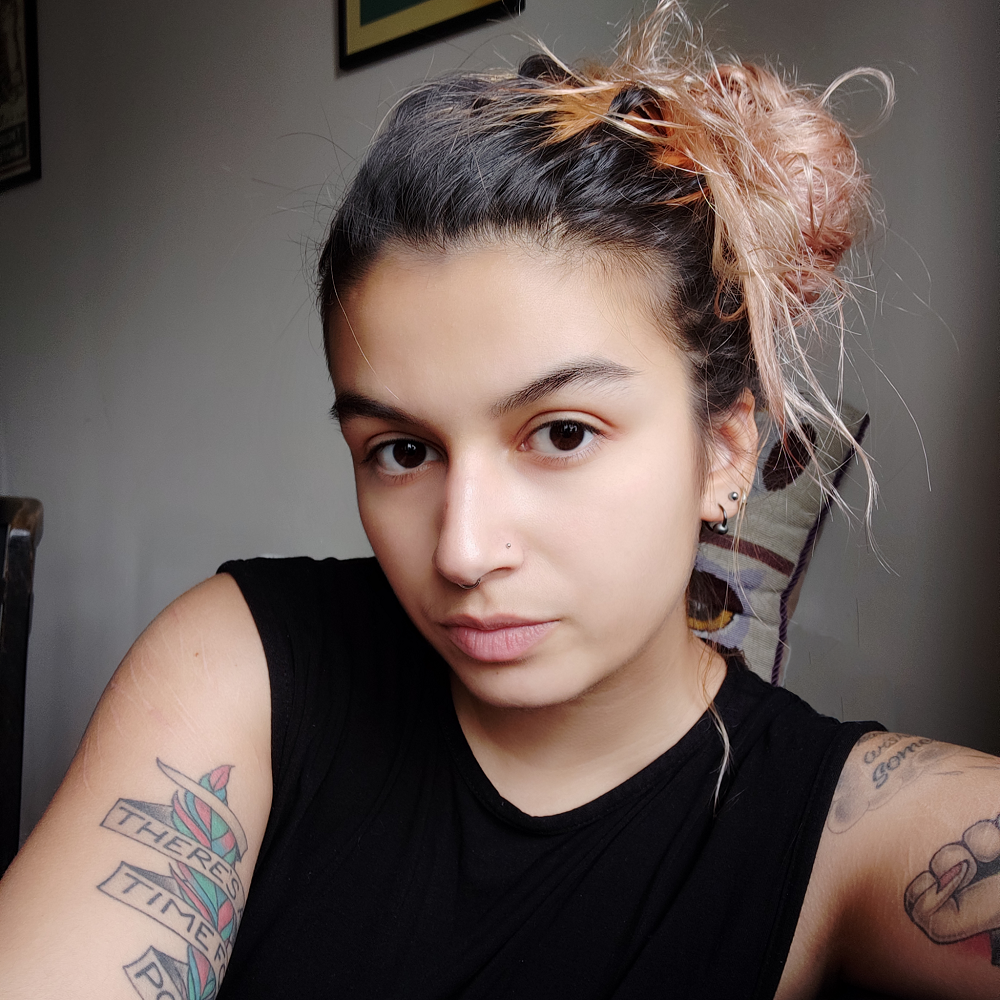 Too queer for this plane of existence. Disabled, brown, we ain’t postcolonial yet. Find me in The Fade or its real-life equivalent: Twitter @ZainabbHull.

Hey all and welcome to GYGO! I’m Kael, your local language learner and I’m telling you I am this close to being able to play a JRPG in Japanese. This realistically being at least six months but still that’s closer than I’ve ever been! I’m pretty hyped to be able to get some language input while indulging my habit of playing nostalgic classics that are too long to comfortably fit into my adult life. END_OF_DOCUMENT_TOKEN_TO_BE_REPLACED

Howdy and welcome to Get Your Game On! I, Maddi, can hardly believe we’re more than halfway through July, yet here I am with another installment of the week’s video game news. Recently I’ve been catching up on manga, books, and television rather than playing games, but I’m still saving a few minutes here and there (as always) for Picross. What have you been playing lately? Let us know on Twitter, or, if you’re a Sidequest Patron at the Sega Genesis tier or higher, come make recommendations in our Discord! Speaking of Sega, here’s what you might have missed in video games last week. END_OF_DOCUMENT_TOKEN_TO_BE_REPLACED

Hey, everyone! This week brought what I suppose could be considered a large amount of news to the gaming community. However, despite there being three major events this week—a Nintendo announcement, a Sony State of Play, and WitcherCon—the lack of bombshells left some gamers with sour tastes in their mouths. Let’s dig into the news, one major event at a time. END_OF_DOCUMENT_TOKEN_TO_BE_REPLACED

Hi, I’m Zainabb and welcome to Get Your Game On! Kotaku have finally taken down that article so maybe they’ll make an active effort to be less trash now? Let’s see. Read on to find out what else is on fire in the gaming world. END_OF_DOCUMENT_TOKEN_TO_BE_REPLACED

Too queer for this plane of existence. Disabled, brown, we ain’t postcolonial yet. Find me in The Fade or its real-life equivalent: Twitter @ZainabbHull.

My Original Title: “If God Hates Nonbinaries Why Do We Keep Winning?”

Hey all, and welcome to GYGO! I’m Kael, your local nonbinary antigamer, and as my new epithet can attest I haven’t been playing many games recently. I did get some play time in Mass Effect Legendary Edition, and even eyed a trailer for Baldur’s Gate 3 before deciding to open a nice book. I just read We Are Totally Normal by Rahul Kanakia and really liked it! But you’re not here for my book recommendations (ostensibly, I don’t know your life), so here’s the news! END_OF_DOCUMENT_TOKEN_TO_BE_REPLACED