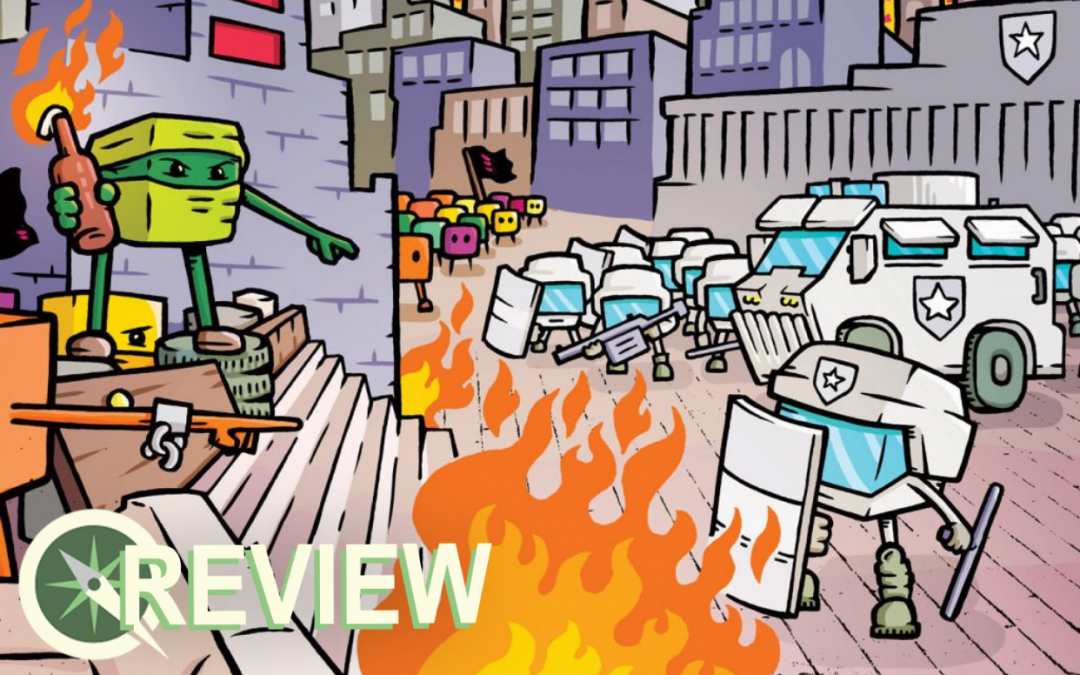 Bloc by Bloc: The Insurrection Game Turns Players into Protesters

“The force of the insurrection is social, not military. But no revolution is possible without a violent break with habit, without choosing sides, and without nerding out with your buds.” – At Daggers Drawn with the Existent, with additions by Io Ascarium

Bloc by Bloc is a semi-cooperative game about people of a city joining together to fight the police and overthrow the government before the army is sent in to crush the insurrection. Bloc by Bloc is one of the only games I can imagine that tries to gamify riots, which is bonkers because riots are incredibly dynamic group exercises in thinking tactically and also so, so much fun. Or so I have been told. END_OF_DOCUMENT_TOKEN_TO_BE_REPLACED

Io Ascarium is a marauding pillar of salt just doing their best. They make comics and propaganda in an underground bunker in Centralia, PA.