Coffee Talk Brews Up Coziness with a Splash of Discomfort 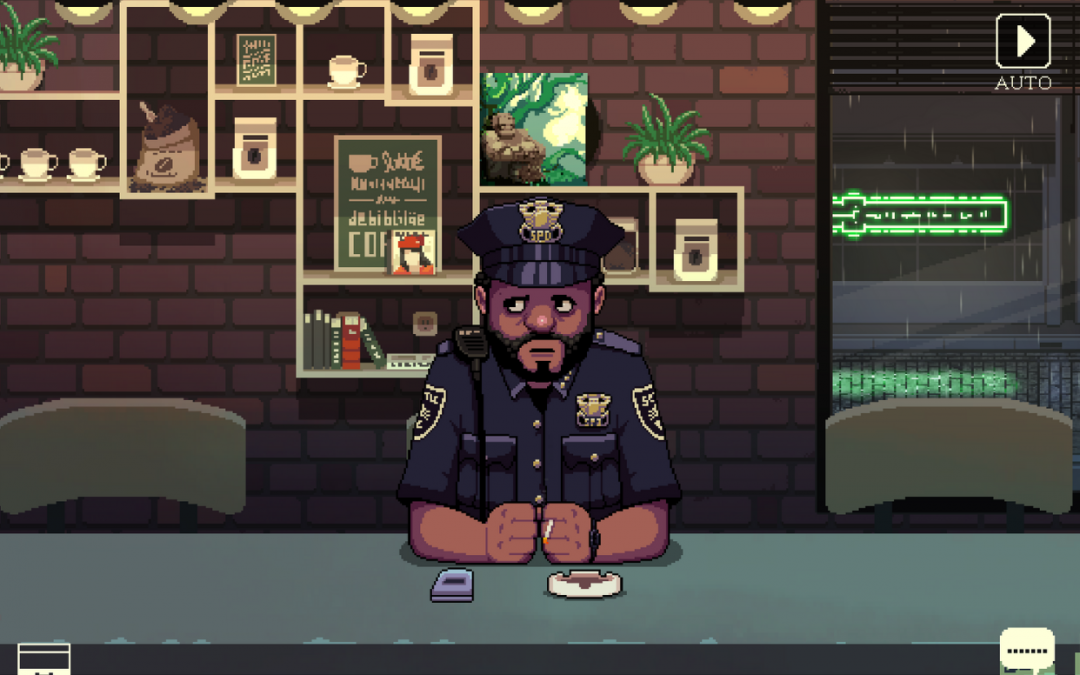 Now that I’ve started commuting to the office, most of my mornings are rigidly structured. I wake up at 6:00 a.m. and get up by 6:20, at which point I make my pourover. Depending on how motivated and quick I’m feeling on a given morning, this takes anywhere from 10 to 20 minutes. I frequently joke that it takes me longer to make coffee than it does for me to put on my makeup and get dressed, which causes my husband to grimace and apologize. Over the last year or so, he has made brewing a good cup of coffee into a hobby, a hobby that I have since inherited.

But given the choice—and choice I have, as our collection of brewing devices has overtaken an entire cupboard and some of the countertop—I still opt for the pourover. There’s something soothing about measuring and grinding the beans, the purr of the kettle reaching the designated 205 degrees Fahrenheit, weighing out the water in measured increments. On office days, I pour half of the coffee into a ceramic mug and half into a reliable old travel mug that keeps my coffee warm enough to enjoy all morning. The resulting cups are deeply flavorful, leagues better than anything the office Keurig could extract in thirty seconds. Tedious as it might sound, making my coffee has become the comforting practice by which I truly begin my day.

Those feelings—warmth, comfort, the familiarity of a ritual—are frequently reflected in Toge Productions’ 2020 game Coffee Talk, and are what kept me returning to a game which I ultimately found quite flawed. Described by Toge Productions as a “coffee brewing and heart-to-heart simulator,” Coffee Talk plays like a visual novel, but also tasks players with selecting ingredients and brewing drinks for the customers of a unique coffee shop. However, the lightheartedness of Coffee Talk‘s plot frequently feels discordant with the heaviness of its themes.

Alongside making drinks, the barista (the player character) listens to customers’ woes and offers advice. The shop, set in an “alternate Seattle” and open only after dark, primarily caters to a nonhuman clientele that includes orcs, vampires, werewolves, and more. Humans are still welcome in the café, and one in particular, a writer named Freya, is one of the main drivers of Coffee Talk‘s plot. Initially a journalist for the local paper, Freya’s real passion is seemingly in writing fiction, and after spending many nights at the coffee shop, she announces her intention to pursue her dream of writing a book based on the other customers at the shop. Freya’s book, which is the sort of narrative thread that ties Coffee Talk together, is a choose-your-own-adventure book, but with a revolutionary twist: it would be set in a world where only humans exist.

The shaky ethics of basing your intellectual property on the lives of total strangers aside, Freya’s twist highlights the deeply uncomfortable way that Coffee Talk talks about race. During the game’s introduction, Coffee Talk explains that inter-species racism is a huge cause of conflict in the world. Throughout the game, characters frequently bring up their struggles in conversation with the barista and with other customers at the shop. While Toge certainly isn’t the first to use fantasy racism (i.e., discrimination against nonhumans) as a stand-in for real-life racism, it creates tension in the game, and the twist in Freya’s book is an odd “gotcha” moment that trivializes the reality of actual racism.

This is compounded by the fact that one of the other main characters in the game is a Black cop named Jorji, who frequently stops by the shop during his night shifts. Jorji is positioned as a “good cop” with whom players are meant to sympathize; he provides story tips to Freya and speaks reverently about his wife and daughters. However, Jorji is also a member of the Seattle Police Department, which Police Scorecard ranks as one of the 15 lowest-scoring (read: worst) police departments in the United States based on funding, police violence, accountability, and approach to law enforcement. In June 2020, shortly before Coffee Talk is set, the SPD maced a seven-year-old boy during a Black Lives Matter protest, causing trauma and chemical burns to the child’s face. No police intervened to help, and the person who filmed the interaction was arrested and detained for two days after posting the video. A later investigation of the SPD’s behavior, conducted by the SPD, found no evidence of wrongdoing in the incident.

Given the fact that Toge Productions is a small company based in Indonesia, I was willing to give them the benefit of the doubt on not having an intimate understanding of the complex history of policing in the U.S. and how police violence disproportionately affects minorities and poor people. Toge couldn’t have possibly predicted the 2020 murder of George Floyd by the Minneapolis Police nor the widespread protests that erupted across America in response. Yet, after the numerous protests for racial justice that year and the SPD’s notoriously violent and inadequate response, it’s frustrating that Toge Productions has seemingly doubled down on Jorji’s character in the upcoming Coffee Talk sequel, Coffee Talk Episode 2: Hibiscus and Butterfly. In the game’s demo, Jorji is reintroduced as he enters the shop while seeking shelter from a rainstorm. While waiting out the storm, Jorji relays news of a rash of vandalism targeting SPD cars (including his) and officers leaving the precinct—two complaints based on real-life events. 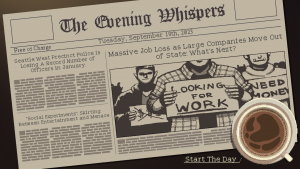 Both Coffee Talk and the Hibiscus and Butterfly demo speak to a specific moment in time, opening with a text introduction that describes the mood and the anxieties of the moment. In Coffee Talk, this included references to rights for non-humans and the general anxiety of young people for the future. Hibiscus and Butterfly‘s introduction speaks of a generational uncertainty regarding the traditions and beliefs that have been upheld in society for decades as well as a push for inclusion and recognition of different identities.

The gravity with which Coffee Talk uses racism as a basis for inter-character discussion and conflict frequently jars with the tone of its writing, which plays down its own seriousness by making immature jokes about breeding or uncomfortable molester jokes with a skeevy music producer named Morris (“Mo”) Lester. The result is a story that takes itself too seriously and not seriously enough, that wants to say something interesting about modern society but lacks the self-awareness to examine the implications of its race allegory and what it means to allow a cop into a space that caters to members of a marginalized community. Setting a game about social movements in Seattle and in the United States, where almost all social movements have been marked by excessive use of force by police, is a choice. Not engaging with that is also a choice, one that undermines the credibility of the story and the world Coffee Talk offers.

The societal shifts and anxieties in Coffee Talk mirror many of the conflicts of the real world, and despite the game’s purposeful distinction that the characters’ reality is not our own, it’s impossible to separate the two. Coffee Talk requires so little suspension of disbelief that I found it impossible to ever settle into the warm, comforting vibes the game is aiming for with its relaxed drink-making rituals, stylish pixel art, and chill lo-fi soundtrack. The shadow of real-life racial violence looms large over Coffee Talk. But if the goal was to make players think, then perhaps Coffee Talk has succeeded even with a flawed approach to creating a new-but-familiar environment.