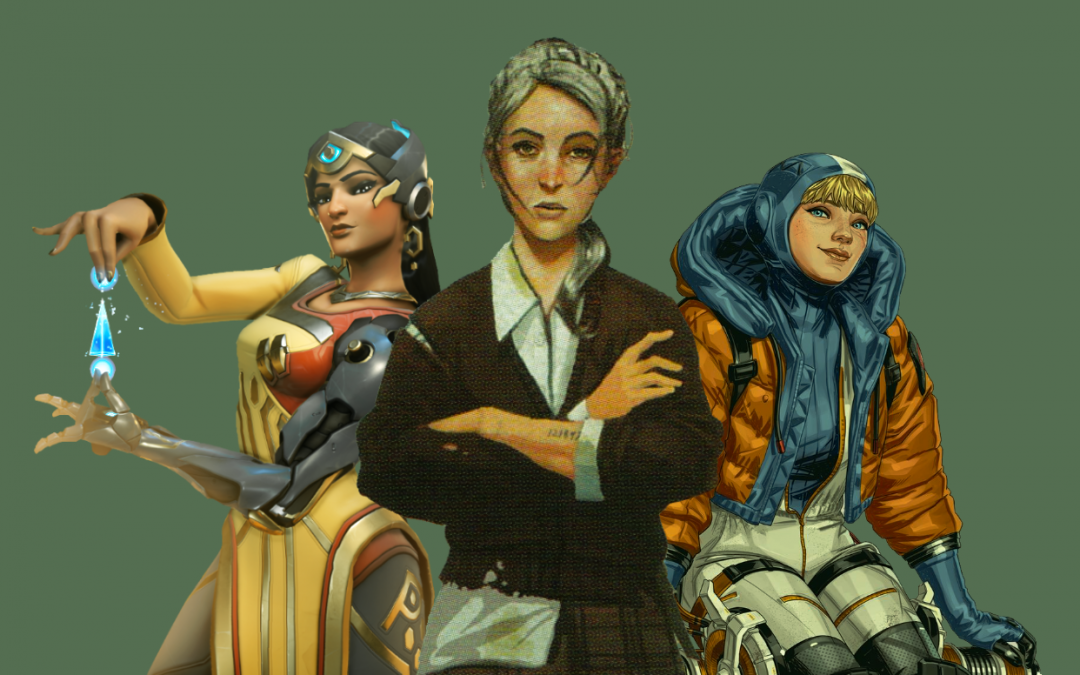 I was eighteen when I was told I was on the autism spectrum. It was at that moment, sitting in that dimly lit doctor’s office, that many pieces of my life finally found their place. Suddenly those ‘weird’ things I did or those ‘abnormal’ reactions to things made sense, and for once, I felt a sense of acceptance for myself, by myself. Another thing that suddenly made sense was my ability to hyperfixate on things—especially video games.

I struggle to play games casually; if I catch a whiff of an achievement of a collectible, I need it. That meant that I spent the majority of my childhood with my head in the newest handheld or latest PlayStation, even taking my pink Nintendo DS on holiday to Lanzarote with me and experiencing the heartbreak of my parents accidentally leaving it there. (There was a lot of crying.)

However, when I was diagnosed with autism, gaming became something even more to me. Like every gamer out there, I wanted to see more characters like me. I’m not going to shock a lot of people here, but there is not actually a lot of autistic representation in video games. However, I have compiled a list of the standout characters for me and why I think they are a step in the right direction.

The whole idea for this feature was born from Symmetra, a DPS character who has the ability to bend reality. I have played Overwatch for a few years now, and although I am very much a support main, I have always had a love for Symmetra even before I knew she was on the spectrum. It is no secret that Overwatch has a way to go with diversity in order to catch up with other FPS games in the genre, but has evolved over the past years and now even more so with the confirmation that Symmetra is on the autistic spectrum.

In one of Blizzard’s comics, ‘A Better World,’ the story features a self-reflection by Symmetra where she says, “Sanjay [a co-worker] has always said I was… different. Everyone has. Asking where I fit on the spectrum.” Although no more was said about this in the comic, it led fans to look for the confirmation that we were all waiting for. That came when a fan wrote a letter to Jeff Kaplan (the former vice president of Blizzard Entertainment) and the man himself replied. In his reply, which was posted on the fan’s Tumblr page, Kaplan confirmed that “Symmetra is autistic” and “does a great job of representing just how awesome someone with autism can be.” There was further confirmation of Symmetra’s autism when a player reached out to Andrew Robinson, the author of ‘A Better World,’ on Twitter saying, “I wasn’t expecting to read something on [Autism Spectrum Disorder]—really well done,” with Robinson replying that it was “a privilege.”

Although it took some time for fans to get explicit confirmation that Symmetra is an autistic character, it is a step in the right direction to finally have that label. Since then, and with the release of Overwatch 2, an interaction between Symmetra and fellow hero, Echo (a robot capable of mimicking others), sees the two bonding over their struggle to understand human behaviours.

Echo: When I don’t replicate human behaviours, I am misunderstood. Are my algorithms insufficient?

Symmetra: You operate on a level inaccessible to others. I do not see that as a weakness.

Although this may not have the same effect on other people, hearing this as a person on the spectrum meant a lot to me. It is often difficult to understand other people’s emotions and actions, but the reminder that it is not a weakness will be really important for people like me.

I will admit, I suck at Apex Legends. However, I love the game. I will gladly read the latest lore or watch a streamer play it on Twitch, and I do that because the game is one of the best out there in terms of representation. With legends of various ethnicities, sexualities, and gender identities, Apex continues to make waves in the FPS genre. Aimee Hart at Gayming magazine wrote a post highlighting all the representations the game includes, but where I saw myself was in Wattson.

Wattson is a legend capable of wielding electricity in order to aid her in the battle royale. When I originally saw the character design for her, I noticed how in each of her available in-game skins, her ears were covered. Being autistic and sometimes struggling with hypersensitivity to sounds, this little feature stuck out to me. Then, in what I call one of my coolest gaming experiences, I noticed that in one of Wattson’s animations, she does the same stim that I do on a daily basis. All it took was Wattson’s little clap after putting down her electrical fence to make me want to screech. That is when I knew that she was autistic, just like me. This was later confirmed by former Apex Legends writer Tom Casiello in a tweet in 2020. Here he says, “She is on the spectrum… She’s proud of who she is.”

Wattson also has multiple voicelines that describe her difficulty understanding fellow legends and how she finds comfort in order:

“Electricity I get. People? I don’t. That’s how I got here.”

“Some live for the chaos of battle. I prefer restoring order.”

Wattson has a special place in my heart because I knew she was like me even before the label became canon, and I knew others like me would see the signs, too. Her aversion to noise, her logical mind, and her visible stims all come together to make players on the spectrum feel seen.

I first played Bioshock around ten years ago, and if you have held a conversation with me that has gone on longer than five minutes, you will probably know that it is my favourite game (series) of all time.

When I first played it, I was a few years away from receiving my diagnosis, and so the complexities of autistic characters were somewhat lost to me. However, it was during my playthrough of this game that I took an interest in one of its secondary characters, Brigid Tenenbaum. Tenenbaum is a geneticist whose experiments created the game’s Little Sisters. After being held captive in Auschwitz at the age of sixteen, she observed German doctors and their experiments on prisoners. Seeing her potential, the Nazis allowed her to help, ultimately sparing her from death. When we meet her, she is full of grief for how her experiments have ruined the lives of young children (the Little Sisters) and begs us to save them. As you can probably guess, Tenenbaum is a very complex character who is not easy to love. She has done some terrible things during her life, but it is very difficult to not feel sympathy for her when your player stumbles across her.

When I replayed this game in later life, I saw another hidden layer to Brigid. In an interview with Game Informer, Bioshock creator Ken Levine said, “Tenenbaum’s a Jew. Tenenbaum’s a highly functioning autistic. Those are instrumental in getting her to that place.” Although this was confirmation of an important part of her identity, Levine also believed making these identities a large part of Tenenbaum’s character would “make a much more boring version of the story.”

It is no secret that we still have a long way to go with autism representation in video games. Although Symmetra, Wattson, and Brigid have since been confirmed to be autistic by developers, it came after fan speculation and questioning instead of being an already established part of their identity. As a result, although I feel happy that I can relate to these characters, it still feels bittersweet to know that their autism was hidden away behind the fear of adding a label. Symmetra may be autistic, but she is still an excellent scientist. Wattson may be autistic, but she is kind and highly skilled. Tenenbaum may be autistic, but she has overcome harsh circumstances. Nothing is taken away from these characters because of their diagnosis, and that is what I want the message to be in the future for players of these games.

Angharad Redden is a freelance games journalist from Wales who focuses on representation in video games. When she’s not gaming or writing about games, she can be found by the nearest dog.

You can find them Tweeting over at @reddens_ where she will probably be screaming over the latest Bioshock news.