GYGO: Hasbro and Wizards of the Coast in the Hot Seat

Welcome to another Wednesday chock full of gaming news! I have been a much more diligent gamer lately, by which I mean I actually finished a game, started another, and promptly abandoned the one I started to play yet more Cook, Serve, Delicious! 2!!, which I have spent over three entire days of my life playing. Three. Entire. Days. Am I OK? I simply don’t know.

In a fun new “who screwed up” entry this week, we have Hasbro, parent company to Dungeons & Dragons and Magic the Gathering publisher Wizards of the Coast (WotC). Last week, io9 reporter Linda Codega received a copy of the Open Gaming License (OGL) 1.1, the updated version of WotC’s public copyright license, which allows independent creators to use certain aspects of Dungeons & Dragons in their own creative work. The OGL is how we get excellent supplements like Astrolago’s Faerie Fire as well as full games like Pathfinder, which is a modified take on D&D 3.5.

Yesterday, I received the full text of the OGL 1.1 from a reputable source. The updated Open Gaming License is incredibly restrictive, demands community surveillance and, most importantly, renders the previous WotC OGL an unauthorized agreement. https://t.co/MjEWmw2pol

The new OGL obtained by Codega contains a number of changes, clocking in at over 9,000 words as compared to the first license’s 900. Some of those changes include the right for WotC to revoke use of the license for bigoted content and a new requirement that anybody creating content with the OGL register with WotC. This registration is part of a new system that requires creators using the OGL making more than $50,000 per year in gross revenue (sales before taxes) to report that revenue to WotC—for those who exceed $750,000 in revenue, WotC now requires they pay 20% to 25% of their excess revenue to WotC (meaning revenue that goes beyond $750,000). Because that’s gross revenue, if a Kickstarter like this one for LevelUp 5e, which is licensed under the OGL and raised over $850,000, EN Publishing would owe in the neighborhood of $20,000 to WotC from the Kickstarter alone, plus 20% of any additional sales made after the Kickstarter funds. Weirdly, the draft states that creators who crowdfund through Kickstarter will only pay 20% in fees, despite a representative from Kickstarter stating to io9 that they are receiving no benefit from this.

This is an enormous change, and one that puts a lot of tabletop role-playing game creators in jeopardy. Companies like Kobold Press, Paizo (the publisher of Pathfinder, which recently released its second edition), and Green Ronin Games have built their businesses on content created under the original OGL. While io9’s legal team believes the leaked draft of OGL 1.1 will not affect products already published under the existing OGL, future content will likely be subject to these fees.

This new edition of the OGL also allows WotC to use content created under the license in their own works and to let others use that content as well. Essentially, any content created under the license is free to use for everybody—if you create something under the OGL, you may pay royalties to WotC, but neither WotC, nor anyone else using your content under OGL 1.1, will be required to pay royalties to you even if whatever you create becomes a mainstay of playing D&D.

These changes to the OGL have caused a massive amount of stress to the tabletop RPG community. MyLawyerFriend has a layman’s breakdown of what these changes could mean for content creators at all levels.

But hey, there’s still a LEGO D&D set on the way if this whole thing hasn’t yet soured you on the game!

Quality Assurance (QA) workers at ZeniMax Studios, which produces games in series like The Elder Scrolls, Doom, and Fallout, have also formed a union. They are the first union formed at a games studio under Microsoft, and also represent the largest QA union at any games studio in the United States. Microsoft has voluntarily recognized the union, as promised in June of last year. If Microsoft acquires Activision Blizzard, it will also voluntarily recognize any unions formed there as well. That said, Microsoft did call the Federal Trade Commission “unconstitutional” in late 2022, a choice they have now revised and claimed was a mistake, so we’ll see how that deal goes.

Limited Run Games, which publishes and distributes collector’s editions and rare video games, wins the award for the most impressive use of passive voice this week.

"Upon investigating a situation, an employee was terminated" is truly a top-five all-time PR statement.

The situation investigated was the social media feed of one of the company’s community managers, who followed a number of right-wing Twitter accounts (including Libs of TikTok, which consistently stokes anti-LGBTQ+ hatred as its primary source of content) and who had previously voiced transphobic sentiments on Twitter. The employee has since been fired.

Sony has announced Project Leonardo, a controller designed to be reprogrammed and modified for players with disabilities. The company worked alongside organizations like AbleGamers, SpecialEffect, and Stack Up to design the controller. There is no current release date.

A sign at this year’s MAGFest, a video game convention held in Maryland, made a joke at Kotaku’s expense, suggesting the gaming website has no journalistic integrity.

Kotaku is certainly not immune to criticism of their journalistic practices, but the specific phrasing here echoes the “ethics in games journalism” smokescreen employed in GamerGate. A spokesperson from MAGfest called it a “friendly jab,” and a “snarky joke,” but pulled the banner after a number of complaints, including from former Kotaku senior reporter Patrick Klepek.

We’ll pull the banner. This was supposed to be a snarky joke and was certainly not meant to be taken seriously. All of our nav banners have little shitposty messages on the bottom. It was not a reference to anything in particular, though, certainly not “gg”. Sorry to #kotaku! 💙

The Speaker of the House vote has finally (finally) come to a close, but not without a reference to an ancient meme from the dawn of time: (extremely rowdy voice) Leeeeerooooooooy Jenkinsssssss!

BTS’ V has boosted the popularity of Goose Goose Duck, a social deduction game in the vein of Among Us, by streaming the game on Weverse. Goose Goose Duck has gained over 250,000 players since V began streaming it in November 2022.

Julian Gough, an English-Irish musician who wrote the ending poem that appears in Minecraft, wrote a tweet thread about the long copyright struggle over the poem. Gough created the poem for the game, which was later purchased by Microsoft. He refused to sign a contract granting the company copyright over the poem and later released the poem under a Creative Commons license, but, as he details in the thread and a longer Medium post, that’s only the beginning of the story.

Hmmm. I just had a bizarre experience, involving a global news organisation and a trillion dollar corporation. (I got caught in the middle, so… owch.)
It’s not the sort of experience the people involved usually talk about in public… so I think I’ll talk about it in public.
🧵 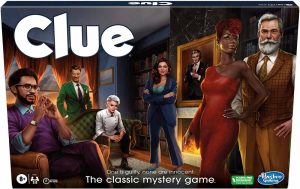 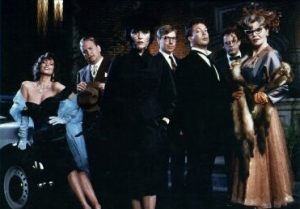 …become hotter than this?

Anyway, speaking of game adaptations, there’s a bunch of news on The Last of Us adaptation if that’s your thing.

An AI-controlled VTuber started spouting Holocaust denial, as AI is wont to do.

The developer of a PlayStation 2 emulator for Android has abandoned the project after a slew of what we can sadly call “typical online behavior,” including death threats, impersonation, demands, and more. “AetherSX2 was always meant to be a fun hobby for me, not profit driven,” the developer wrote on the emulator’s website. “It doesn’t make sense to continue working on a hobby which isn’t fun anymore.”

Let’s end on a high note—FantasyToys knows you’ve been longing to touch Sephiroth’s luscious silver hair for ages, and they’re finally letting you braid it in real life with a new life-size bust:

This article has been updated to address a misunderstanding of the terms of WotC’s OGL 1.1 with regard to excess revenue.