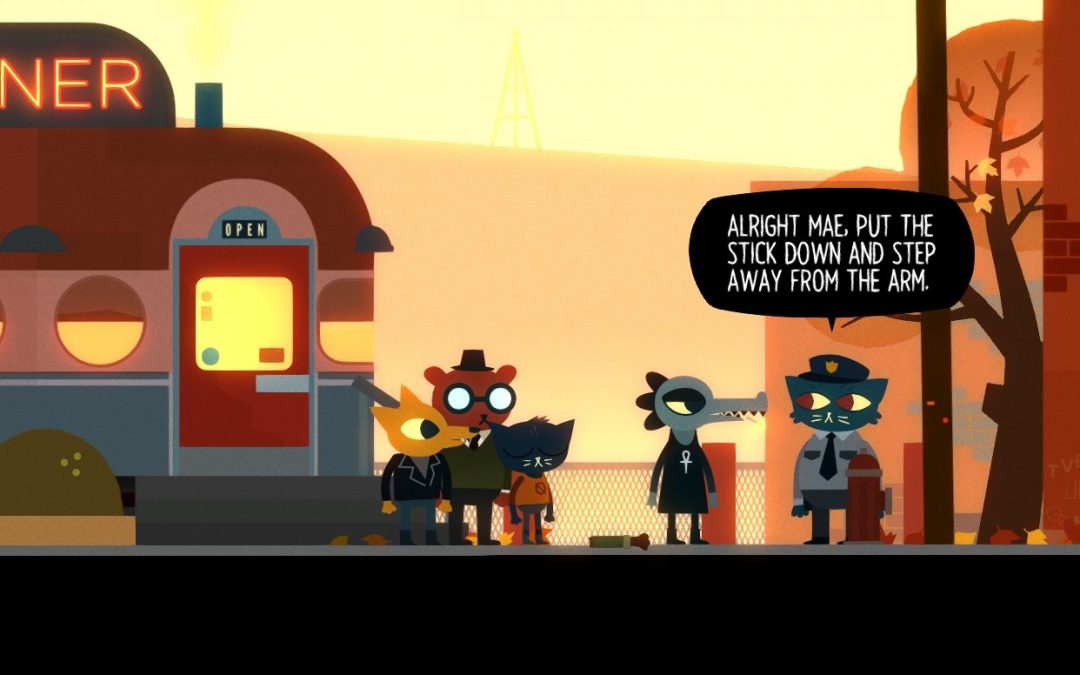 Naturally, that meant my friend dragged me along to get my hot takes.

Thankfully, the panel, put on by the Wholesome Direct showcase and Jenny Windom, Alex A.K., and Kennedy Rose was deeper than expected. But because I don’t have my personal Twitter on my phone, I couldn’t share my ongoing thoughts with the world. So I shared them with the Sidequest Slack instead. This turned into a lively conversation about the idea of wholesomeness in games, whether the term sufficiently describes the types of games it aims for, and what the term communicates.

This discussion has been edited for clarity, grammar, and content.

Melissa Brinks: Merri’s bringing me to “A Case for Cozy: Why we (really) need wholesome games!” because she wants my hot takes.

Maddi Butler: Omg I wish I was a fly in the wall for this one.

Melissa: Zora, someone just said “the beginning of my interest in cozy games was probably Ape Escape. Wait. Hear me out…”

Melissa: The panelists, at least two of whom work with the Wholesome Games showcase, are struggling to define wholesomeness. It makes sense! I think it’s a really nebulous term, which is part of why I struggle with the idea of it. No judgment on trying to define it; I just find it really interesting.

This discussion is quite good, in my opinion, but it actually makes me feel more strongly that cozy and wholesome are the wrong words to identify what they’re discussing. One of the panelists identified Queers in Love at the End of the World as wholesome (noting that the creator, Anna Anthropy, would likely disagree with them), and others are talking about things like Harvest Moon or Spiritfarer. I can see where they are all coming from, but those games are radically different. Trying to use one word to encapsulate them seems… maybe not reductive, but not encompassing. Like, I agree that you could read Queers in Love at the End of the World as wholesome—the game is, at its core, about love, but also the end of the world—but if you put that in a category with the other two, I think you’re going to end up with people feeling misled. There’s an interesting case to be made here for what unites these games, but I don’t know if wholesomeness or coziness is the right word for it. 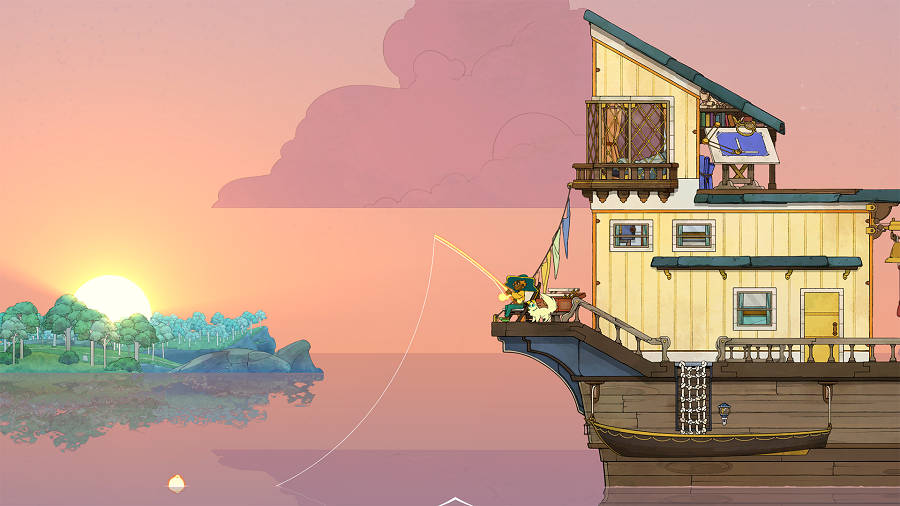 Maddi: I think personally my big problem with the label of wholesomeness is that to me it has been somewhat commodified. It’s a label that, as you said, isn’t always representative of the games it’s categorizing. Also there’s a layer of like, moral purism that makes me somewhat uncomfortable.

Melissa: Yes, absolutely! Especially as a term to describe things that fit the aesthetic but not what people take it to mean—still haven’t played Boyfriend Dungeon, but I feel like the assumption of content based on aesthetics (and the fact that the game lets you explore queer romance) was one of the factors in the backlash. The flowers and color palette communicated something to players that was not necessarily intended by the developers—does that mean they shouldn’t use those elements? I think that was especially difficult there because that game was publicly in development for a long time, and it predated the emergence of “wholesomeness” as a category with expectations.

Melissa: The panel actually talked about Cult of the Lamb just now! I don’t have an excellent substitute for wholesome games as a term but I feel like “warm” is maybe closer for me? But of course that communicates all kinds of other things that could be interpreted in different ways, just like wholesome. “Warm games” also sounds ridiculous.

There’s no perfect explanation, but as you said, Maddi, the suggestion of moral purity gives me pause. I mean, I eat Frosted Mini Wheats for breakfast and there’s a tagline on the box that says something like, “Perfectly sweet with wholesome wheat,” that goes back to something that I think Zainabb suggested in our Postgame episode about A Bewitching Revolution: the idea that “wholesome” maybe means something akin to “nourishing.” But what nourishes us? Is it only media that is easy to consume? “Good for you” means all kinds of things to different people—I find a lot of value in being challenged intellectually and emotionally, and I think that’s good for me, but others find that distressing or off-putting. Is art that does or doesn’t do that “bad” because it doesn’t nourish everybody?

Maddi: Yeah, I feel like casual/comfortable is kind of the best descriptor I have? Like, for example, I loved VA-11 Hall-A and for me it would fall into my own personal category of what I would call a comfortable game. But it’s not a wholesome game! It deals with some touchy subjects even if the mechanics and soundtrack are very chill.

Melissa: Yeah, I think a touchy subject can make for a game that feels warm to me—that kind of warm feeling I associate with a positive interpretation of wholesomeness—but I think other people would staunchly disagree. Queers in Love at the End of the World is the perfect example for me, because it gives me that intense feeling of warmth while also just wrecking me emotionally.

And even something like Night in the Woods gives me that warm feeling, especially with how the characters come together despite their flaws, BUT I would not describe it as cozy! You poke a severed arm with a stick!!

Nola Pfau: Is that not meant to be cozy?

Melissa: Well, I guess it depends on who you are.

Zora: This is fascinating because I don’t know if I would describe Night in the Woods as cozy, but the arm poking is in no way the thing that pushes me away from that descriptor. It’s more the sickening lurch I felt in my gut as I sort of slowly realized just how messed up Mae’s brain was and how few resources she had to like. Cope.

Melissa: Definitely that also. I wouldn’t describe it as cozy or wholesome, but it gives me that feeling of warmth knowing how it ends. It really makes me think of that part in Midsommar where Pele asks Dani, about her boyfriend, “Do you feel held by him?” because it’s both uncomfortable and a deeply poignant question. Night in the Woods is maybe the opposite of cozy, but maybe I do feel a bit held by it, you know?

Maddi: Yeah, I would agree with that assessment of Night in the Woods. I think the feeling I’m chasing is like… something familiar, I guess? Like, it’s easy to fall into Possum Springs or VA-11 Hall-A‘s Glitch City because there’s a level of familiarity and rapport between the characters and that’s inviting to me as a player.

Alenka Figa: This is VERY interesting to me, especially as a librarian. This is something that is an issue in reader’s advisory—one of the things that makes reader’s advisory so hard. When you narrow in on the things that made someone like a book (or in this case, a game—so maybe this is gamer’s advisory?) and then start to look for similar titles you basically run into the need for content warnings? I’m sure lots of people like the idea of something that is ultimately warm/cozy, et cetera, but that allows for trauma within the storytelling, knowing that it will get there, versus wanting something that is really just completely wholesome. But when you’re categorizing things together for people so they can find more of what they want, you just can’t narrow it down to a few terms! It’s not that easy.

Melissa: That’s a really great point, Alenka. I think that connection with reader’s advisory is really apt, because I think that’s how people are sometimes using “wholesome”—as a means of recommending something almost with a rubric of appropriateness, even if that’s not intentional. “Appropriateness” in this context doesn’t necessarily mean “family friendly” (though it might!), but “wholesome” usually applies to games that may contain romance, but not, say, sex. I might consider a game like Cute Demon Crashers to be wholesome, even though it’s based on the concept of hooking up with demons, because it’s cute, friendly, and very clear that negotiating consent is an important part of a fulfilling relationship, even a hookup. Somebody else might be entirely put-off by the notion of a hookup, or just the fact of the game’s sexual content (the game lets you enable censoring, and because consent is the focus, you don’t have to have sex at all—but sex is still an important part of the game). If we try to use “wholesome” to cover a broad spectrum of games, I think we’re going to run into issues.

Like any term, wholesomeness is subjective. But because expectations of comfort have been set, I think there’s more of a danger with wholesomeness. How can we anticipate everybody’s comfort threshold? We can’t, of course, and I think that has potential to lead to blowback, or even self-censorship, on the part of developers.

Alenka: Using “wholesomeness” to imply a certain kind of appropriateness is also gatekeeping, and that’s something to be very cautious about. Personally, when it comes to recommendations and setting expectations, I think precision of language is important. Maybe the solution here is to split up “wholesomeness” into all of these terms—warm, cozy, etc.—while acknowledging that these are NOT synonyms, but rather indicators of different kinds of content?

Melissa: I do think that what Wholesome Games (the entity) has tried to do—a lot of what we’ve discussed is also discussed on their FAQ page—is to create a functional umbrella term that encompasses all the things you mentioned. But I think that umbrella term is precisely the problem—we’re trying to talk about very different things at the same time, and specificity would serve us better, as you said, Alenka. I don’t think there’s anything wrong with wholesome games (or Wholesome Games), but I’ll admit that I start grinding my teeth when I hear the phrase now for all these reasons. What does it mean? I don’t know, and it doesn’t seem like anybody else does, either. It’s like… it’s fine, I guess? I get why it’s a phenomenon, and I get why people are into it, but the term “wholesome” carries so much baggage that I’m reluctant to use it at all.

There’s no real resolution to be found here, I don’t think. The word exists, it’s out there, people are using it. Some people like it, some people don’t. My biggest hope is that people who are interested in this genre, aesthetic, whatever you want to call it, put as much thought into it as Wholesome Games (the entity) do.