Preview: Lords and Villeins Has You Oversee in Ways that Overwhelm 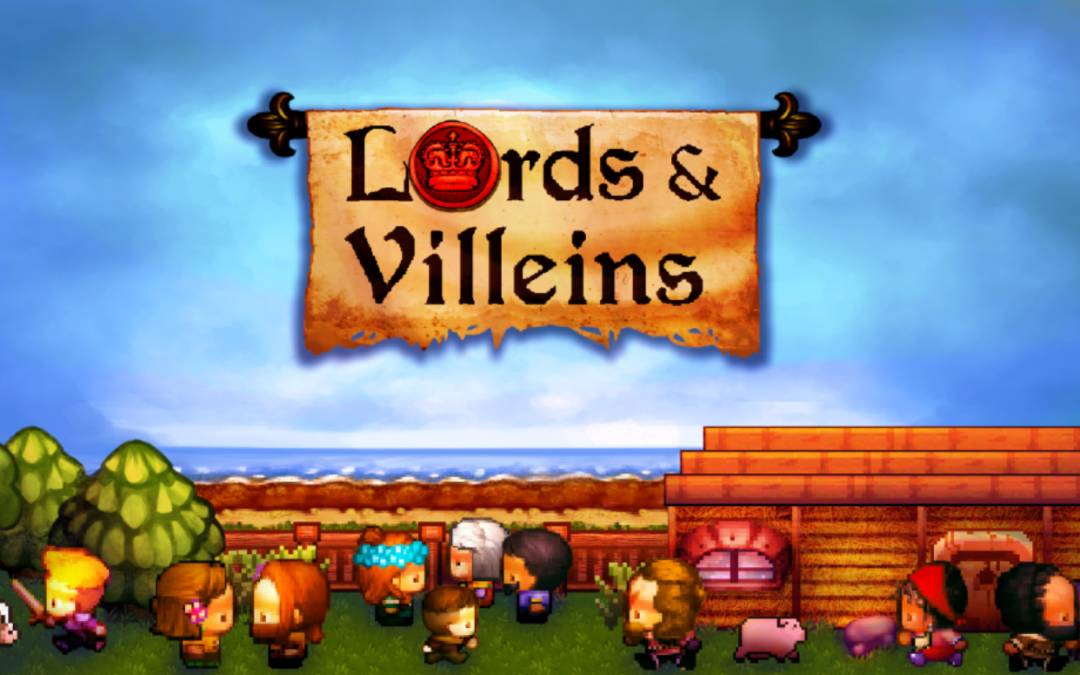 Sidequest was provided with an early access copy of Lords and Villeins for the PC in exchange for a fair and honest review.

Different types of management simulation games can have steep learning curves because they all have widely different rules in how their respective systems work. Competitive grand strategy games like Crusader Kings and Stellaris explore completely different genres, while something as simple as the premise of a basic city-builder is taken into two different directions between something like the casual, easygoing SimCity and the more detail-intensive Anno 1800.

Developed by Honestly Games, Lords and Villeins is both a city-builder and strategy simulation game that has you seated in the role of a noble overseeing land. Set within a medieval setting, you are in charge of managing a cluster of villagers that will hopefully grow families and eventually expand into larger dynasties. Similar to many other titles of this ilk, you assign villagers to do different tasks that develop a sufficient chain of command system to create the resources you need to keep on expanding your tiny empire.

As “lighthearted” as Lords and Villeins boasts itself to be—ambitiously so as Honestly’s debut title compared to similar contenders—it bears its own set of complex mechanics behind a cute art style.

One of the key things you must do before jumping right into the nitty gritty of reaping the spoils of production is to establish Zones. Zones set up the borders of designated areas of activity, such as establishing a space for hunting grounds or a farm. On top of setting up Zones, you also have to assign Zones to be under the ownership of certain villagers based on whether or not they have the appropriate skills, such as villagers actually needing appropriate fishing skills to run a fishing area. Establishing Zones is mandatory to gameplay before you can do anything else. Sticking true to the feudalistic-like system the game takes place in, only after you have taken that step are you able to start the process of building and bartering. If in good spirits, your villagers can be left alone to socialize on their own terms and develop relationships and potentially have children. Weather effects tied to the changing seasons can impact the villager’s conditions and scarcity of resources.

Although at a glance the Zones system seems to be just an extra step added to what one should expect out of the very technical aspects of a strategy game, Lords and Villeins’s overall presentation of information does not do itself any favors, making the game feel far more complex than it needs to be. 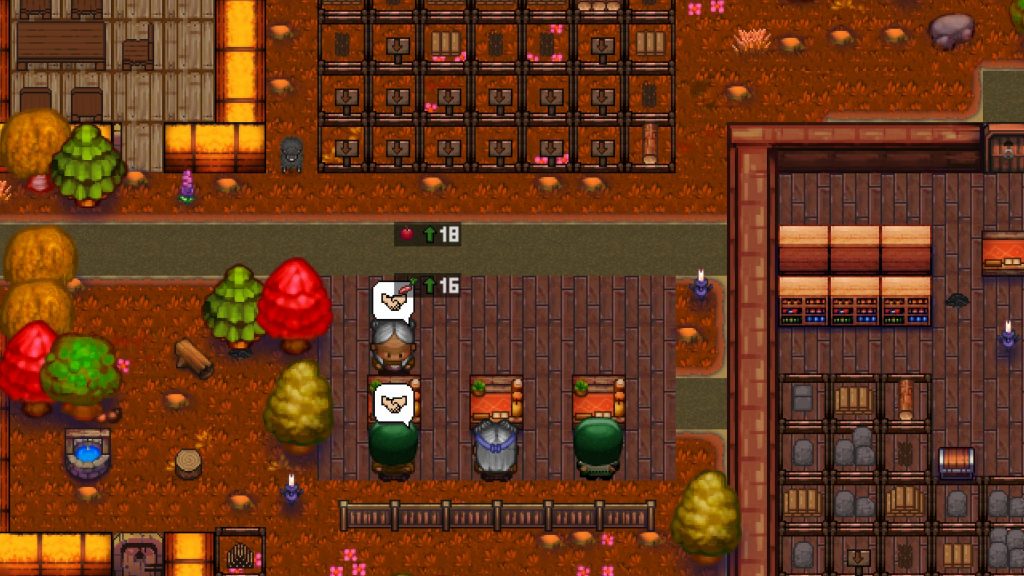 Opening up the game, you are immediately overwhelmed with a noisy interface of many moving parts. Lord and Villeins immediately dumps upon you every single component that is usable in the game—from stables to breweries to shacks to barns—without easing you in on the purpose of each item. There is, luckily, a manual of instructions to reference throughout the game, but I personally think it is difficult to actually comprehend what your options are without seeing things in practice. In my initial trial of the game, there wasn’t even a tutorial mode available, but the game has since been updated into a build that does offer one. Even so, the tutorial mode offers an experience not much tangibly different compared to if I were to read through the manual on my own terms. The tutorial mode simply sets you up with a narrator instructing you to do various things without providing visual keypoints to do so.

The other problem is that the UI itself is lackluster in design: text and iconography is far too small, and there is currently no ability to scale or change any of that. For example, it is hard to discern the difference between an icon that represents a warehouse from a normal house. Character customization is also a bit restrained, although admittedly it is the least of the game’s priorities as you progress and a minimalist character design to begin with. But it is odd that there are gender locked clothing and appearance options, despite the fact that characters can freely be attracted to men and women if one so chooses, on top of not being bound to any specific titles or abilities. 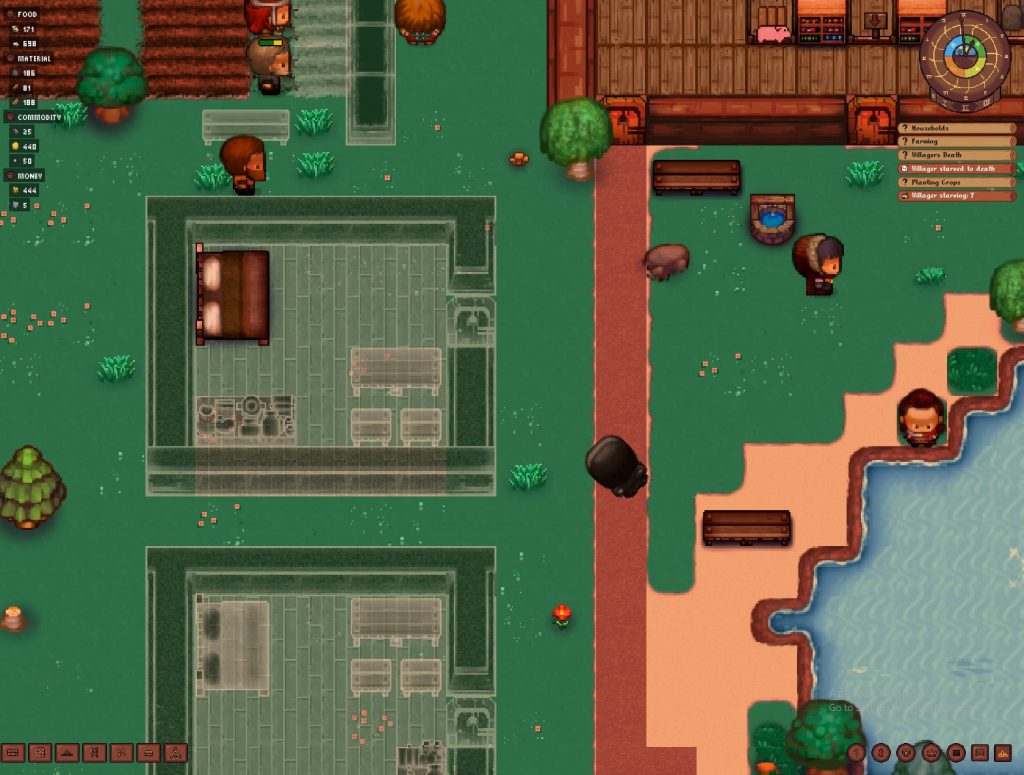 It feels like the game is trying to instill all these barriers you must learn before you are allowed to have fun, but in reality, it is merely disorganized and its method of categorization does not universally reconcile with the visual language I’m used to seeing in other games of its same genre. Too much can be a good thing, and I can see that Lords and Villeins probably earnestly wanted to dump every option on you upon opening. But even a sandbox can have too much sand—and it gets everywhere.

Quite honestly, it was difficult for me to sit through Lords and Villeins to see through later, advanced stages of gameplay because I couldn’t even overcome the obstacles of the preliminary parts. But it is important to see independent attempts of competing with bigger budgeted strategy sims. At the moment, a game about management ironically needs its own reorganization, because as with anything involving managerial skills, it is all about finding the right balance before you see yourself getting put in the red.

Lords and Villeins is currently in Early Access and is available for PC.