Preview: Glitchhikers Meditates on the Journey, Not the Destination 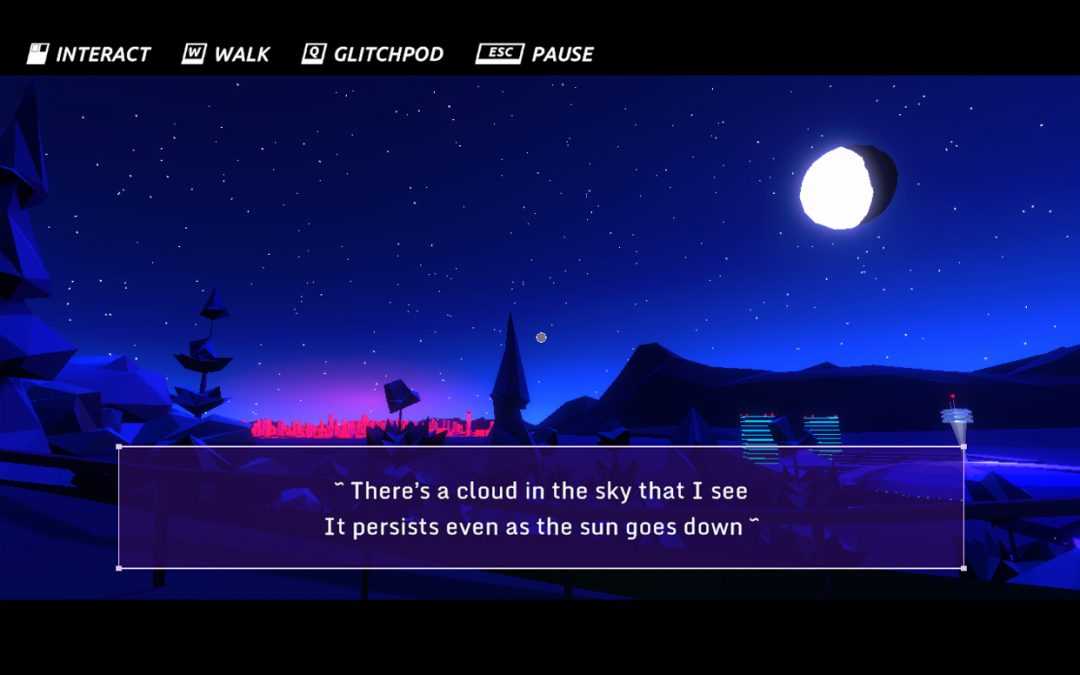 We rarely ponder or stress the importance of the moments in between the journeys that bring us where we need to go. As little as we pay attention to those gaps, they are necessary to get to our destination. After all, how do you get from point A to point B without a bridge?

Glitchhikers: The Spaces Between is a freeform narrative game that focuses on those exact moments, urging you to linger in them without the urgency of choosing where to go next. If downtempo, chill-out music playlists manifested as an interactive game, Glitchhikers would basically be it. 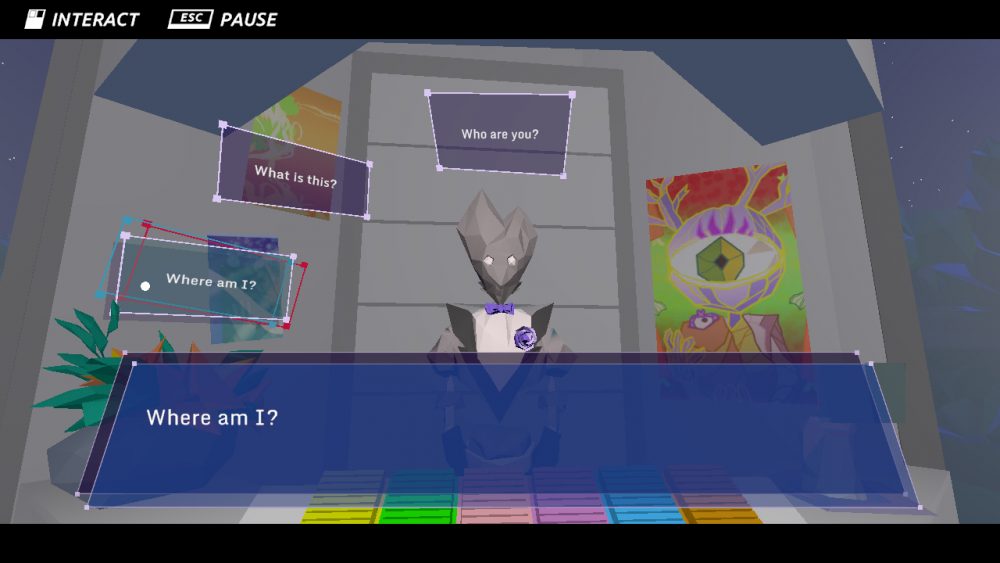 I did not know what to expect with my first experience of Glitchhikers, but very quickly I was able to embrace its surrealist dream logic. You play an unseen protagonist (who is assumed to just be an avatar of yourself) and navigate a neon-colored, low-poly-styled world in first-person perspective.

The game shuttles you from one place to the next, including the insides of cars or a train carts, and you are given the opportunity to interact with the elements within them or to choose to simply stroll and take in the scenery. Various strangely designed characters are peppered about, and you can initiate conversation or simply ignore them to further meander through the environment. 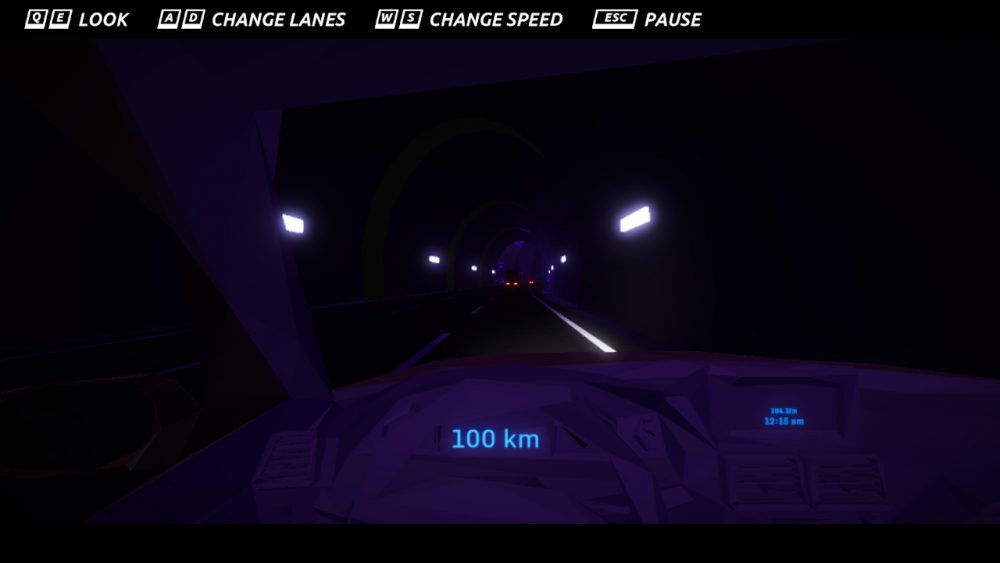 Glitchhikers toys with your assumptions of what exploring these digital spaces will be like while juggling surrealism and realism. A particularly funny example is when I landed in a park: The ambient soundtrack kicked off, but it was a diegetic sound—I had to pause my character’s music player to properly talk to someone because I couldn’t hear them through my earbuds. The game does not hold you accountable for anything you need to specifically accomplish and you never quite figure out where you are going. However, I find the lack of a clear destination to be the allure behind the discovery process in Glitchhikers.

It would be simplistic call Glitchhikers a walking simulator when it is actually prompting you to do much more. Glitchhikers reminded me to learn how to simply enjoy games for all the time they give me, as opposed to honing in on a specific objective I feel compelled to complete in a rush. Not only should we take in and learn to appreciate idle moments, we can also use them to let our minds ruminate on thoughts or simply wander. It even reminded me about similar instances I have experienced in reality, counting all the missed connections and fleeting bonds I made in the middle of my own travels and brief commutes. Whether in the midst of a bus ride or in the noise of a busy waiting room, I can think of all the snippets of chatter that have made a mark in my memories. 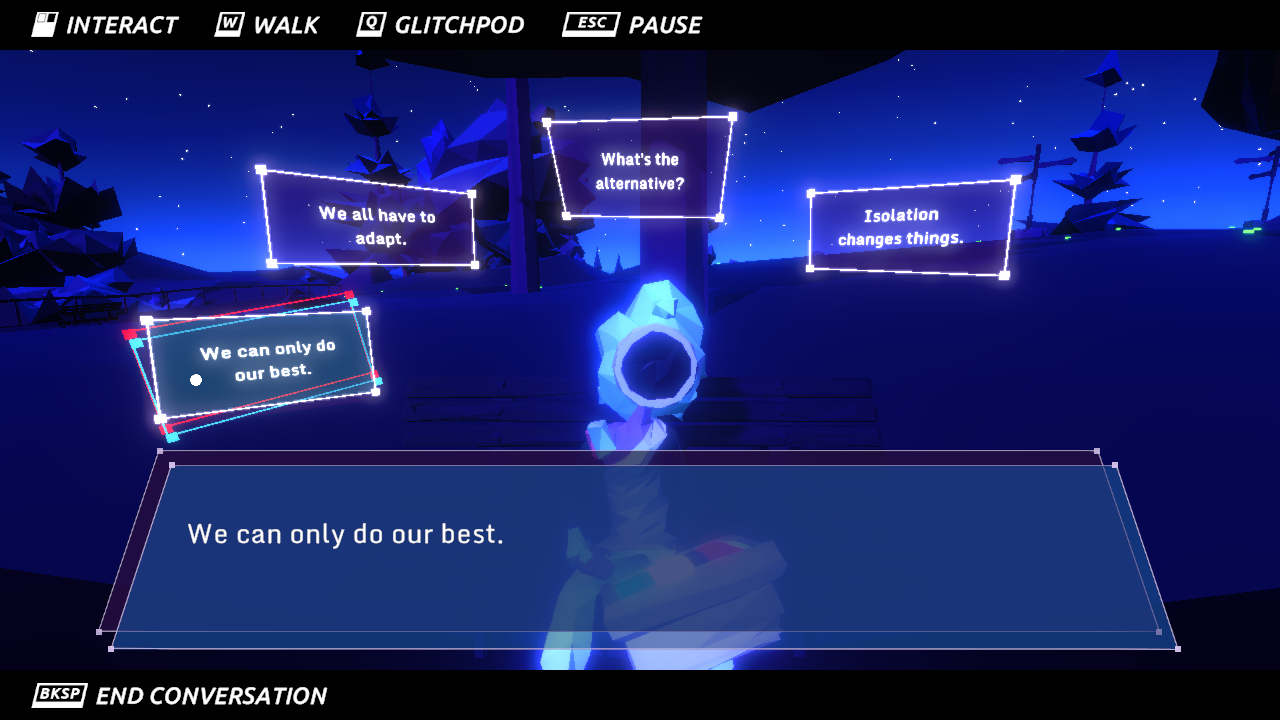 Glitchhikers: The Spaces Between is a surrealistic journey that does not try to take you outward, but instead encourages you to look inward. Although my bouts waxing philosophical about life and reality with weird figures sometimes delved into deeper subject matter, I felt relaxed trying it out. As a recreation and follow-up of a short-form game of the same name developed in 2014, Glitchhikers promises even more spaces to see and experience in the full game. 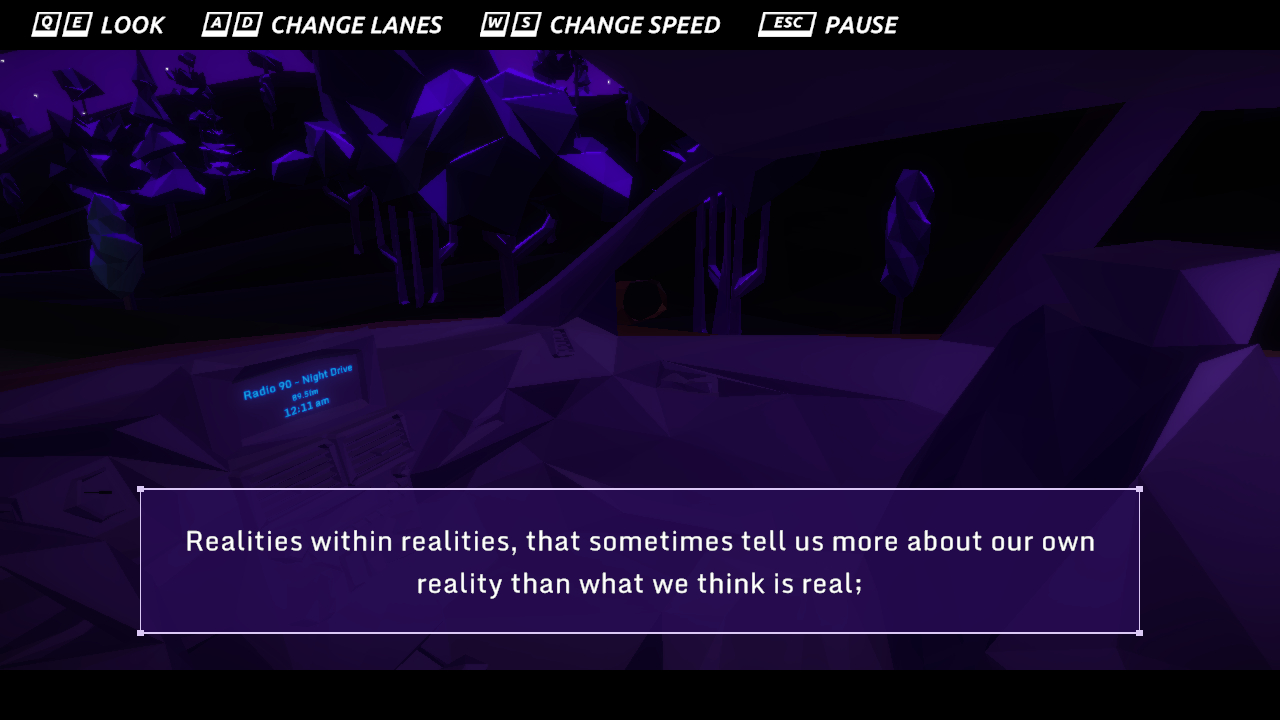 Glitchhikers: The Spaces Between is now available for both PC and Mac systems.