Last time on Diary of a Hardline Shep, I covered Shepard’s super-judicial might and how it came at the cost of politically weaker species’ self-determination. Here at the end, only humanity is safe. And it all feels remarkably familiar.

To summarize the high concept of Mass Effect 1: I play Commander Shepard, a space marine who comes into contact with ancient alien technology during a mission. Because of my uniquely strong willpower, the tech doesn’t kill me and even conveys a vision about the coming Reaper invasion. Throughout the course of the game, I learn that the mysterious Reapers are coming to assimilate everyone, and the only ones that believe me are my crew and the human military. 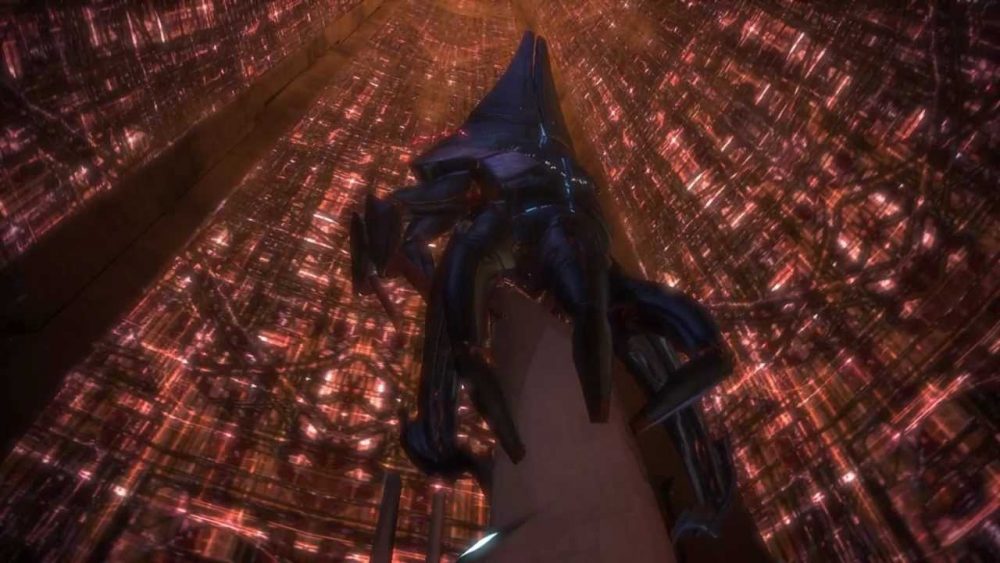 Only my special human eyes could have seen this coming

Now, I’m no stranger to video games, and I expect a certain level of mechanical exceptionality from my protagonist. It’s maybe the trope of the medium that the main character becomes stronger than everyone else by the end of the game… but there’s a difference between min-maxing my biotic abilities and being a narratively positioned arbiter of whole species.

In the last act of my Mass Effect 1 playthrough, a Reaper ship crashed into the Citadel Tower. I (for some reason) got to decide whether to send the Alliance military fleet to protect the Citadel Council or wait for an opening to destroy the giant alien. Because only the human Alliance believed me, only they had a fleet mobilized. Thanks to our exceptionalism, humanity got to choose whether or not space governance survives.

Earlier I said this felt familiar, maybe more so in 2021 than it did when I first played the game almost a decade ago. I was raised in the United States school system, on United States textbooks (which I discovered while researching this piece are all remarkably beholden to the laws of Texas). When it came to the history of my country, I was decisively taught that all actions on foreign soil are justified in the pursuit of democracy.

In the past, playing a paragon Shepard really felt like living out that textbook—becoming the lone hero making the hard choices to defend freedom. Because of my age, geopolitical position, and the way Mass Effect reinforced my biases, I never had to question what it means for one person to make those choices for everyone.

But I’m not sixteen anymore, and this Shepard’s no paragon. In this playthrough I chose to destroy the Reaper, and because of my decision, the Council was destroyed.

Writing this on September 13th, 2021, destabilizing a foreign government and sacrificing innocent lives to retaliate against a ship striking a tower just feels too real. I was born in 1994. I grew up in the height of the war on terror. At eight years old, I was watching footage of remote bombings on TV—of newscasters talking about civilian deaths in terms of collateral damage.

As a kid, the only way that felt just is if the deaths I saw weren’t human beings. They were numbers. Sacrifices.

It’s weird that this silly game about space magic and kissing aliens reinforced that idea well into high school.

After the climax of Mass Effect 1, Shepard has a conversation with the Alliance ambassador. He asked if I was aware that my actions would create a power vacuum on the Citadel, one that humanity was uniquely prepared to fill. 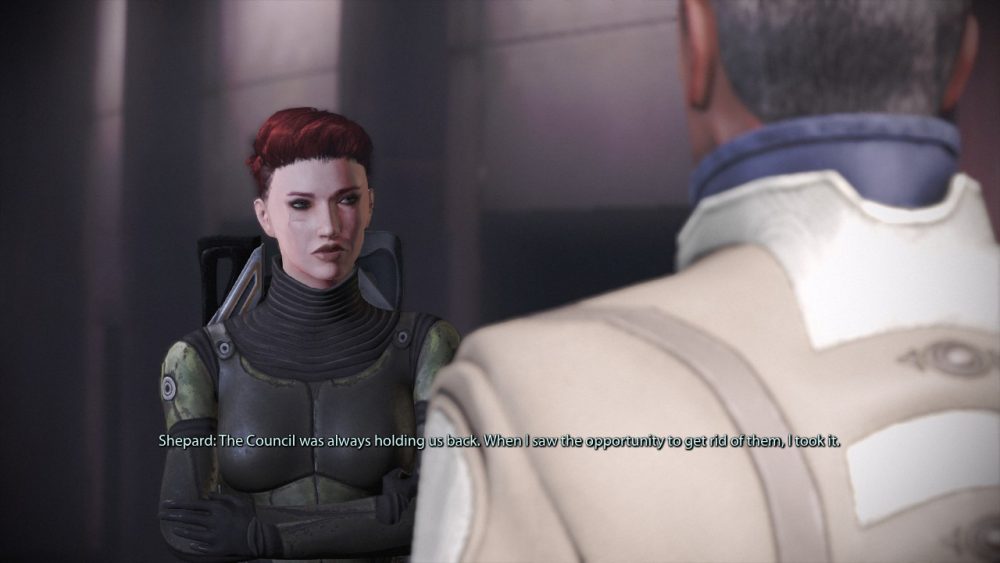 This choice really cemented who this Shepard was. It was cruel and awful and compelling. It was a choice that made the galaxy a worse place to the benefit of one species. It was imperialism.

Worse, it wasn’t mechanically different from saving the Council. Either Shepard wrests control through inaction or leaves it to ambassador Udina to secure through the soft power of public image. A gentler imperialism isn’t any less capable of violence.