Welcome back to Get Your Game On! My name is Zainabb and I don’t know about you, but I’m already having a bit of a rough start to the year with housing and work concerns and some classic white nonsense. Whether you’ve got a spring in your step this month or, like me, you’re already feeling drained, spend some time with a game you enjoy. I haven’t had much capacity this week so I’ve played my perennial fave Cozy Grove in a couple of 20 minute bursts, and I’m also eyeing up the Solo Journaling RPG Jam for more games I can play in small chunks.

Remember to stretch and ask for help if you need it. Here’s this week’s gaming news.

Last week, we saw E3 canceling its in-person event for the third year running due to the ongoing pandemic and the spread of the Omicron variant. In contrast, Super Magfest occurred in person between January 6 and 9, and February’s Katsucon also remains an in-person event.

Fortnite is returning to iOS (and Android) via Nvidia’s GeForce Now, a cloud gaming service that will allow gamers to play Fortnite via their mobile browser. The game is not returning to the App Store, following Epic’s legal battle with Apple.

Echoing that legal battle, Krafton, the developer of PUBG Mobile, is suing Apple and Google over the sale of a copycat game, Free Fire, on the App and Play Stores. It’s also suing Garena Online, the creators of Free Fire, and YouTube for hosting gameplay videos of the copycat.

Krafton previously settled a 2017 lawsuit brought against Garena Online in Singapore, its home country, but it says Garena has continued to use gameplay and cosmetic elements that infringe on PUBG copyrights. This includes a pre-game lobby area, parachute deployment at the beginning of the round, and supply drops. These are all features found in other battle royale games, including Fortnite. Specific outfit items and weapons have also been cited in the lawsuit.

Krafton is suing Apple and Google for sales of Free Fire and follow-up Free Fire Max on the App and Play Stores, stating that this is where Garena has made most of its money from the “infringing apps.” It’s not known exactly how much Krafton is suing for but the lawsuit includes $150,000 in statutory damages per infringement.

Ugh, yet more NFT news because we continue to live in a dystopia. Popular voice actor Troy Baker has announced that he wants to create the “world’s first voice NFTs” (that sounds cooler in your head, Troy, but okay). Baker is partnering with Voiceverse to produce the NFT, which will allow the buyer to use Baker’s voice in whatever fashion they like—I assume it will be used for a sex thing.

Sega might actually change its name to Sega NFT, based on new trademark registrations and logo designs. Sega announced last year that it was partnering with Double Jump Tokyo to produce NFTs of game art and music. After facing some backlash, Sega decided to take a more cautious approach, but seems to be moving slowly forward with its NFT plans. Sega has filed trademarks for a “Sega Classics NFT Collection” and for “Sega NFT,” and the accompanying logos are not appealing. 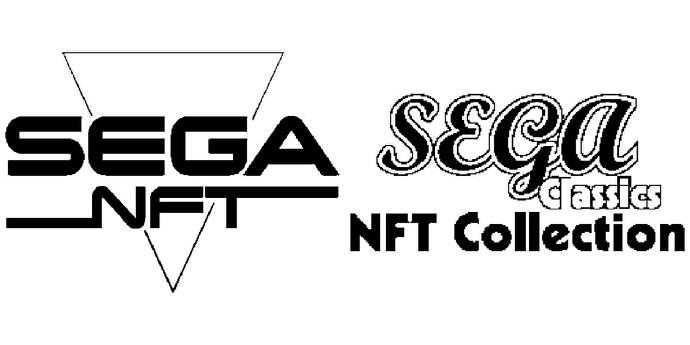 Nintendo has released a new gameplay preview of Pokémon Legends: Arceus, which is set for release on January 28. The video showcases some of the open world and crafting mechanics that players can expect. You can watch the preview below.

Nintendo has also set a release date of March 25 for Kirby and the Forgotten Land. This was announced alongside a new trailer that reveals some of the gameplay. You can watch the trailer below.

This week, the Mahjong Parlor (a collection of over 250 emulated mahjong arcade machines from the past 30 years) was released. As someone who grew up playing (mostly electronic!) mahjong with my mum, this is super nostalgic and heartwarming to see. You can check out the full archive here!

In other game archive news, Museum of Mechanics: Lockpicking is now available on itch.io and Steam. It’s described as both an interactive museum exhibition and a collection of lockpicking minigames from a variety of games, including Mass Effect, Skyrim, and Fallout.

LEGO has paused the release of their LEGO Overwatch 2 Titan kit as they “review [their] partnership” with Activision Blizzard. The Titan was supposed to be released on February 1 but LEGO have cited concerns about “the progress being made to address continuing allegations regarding workplace culture.”

Two LAPD officers have been fired for playing Pokémon Go on the job, instead of responding to reports of a robbery in progress back in 2017. I mean, personally, I’d prefer cops to try to catch a Snorlax than, uh, you know, target, harass, and murder Black, brown, and disabled people. But I guess it’s easier to fire a cop for lying about playing a mobile game than for the blatant racist and ableist violence regularly enacted by the LAPD and other police forces.

Disney and Tencent have announced a new Avatar mobile game for Android and iOS. Avatar: Reckoning is an MMORPG planned for release later this year. The game will feature single-player story missions alongside PVP and co-op modes.

Final Fantasy XIV sales are set to resume on January 25 alongside new server support. Sales were paused last month due to congestion issues, resulting in significant queues to join a game. Square Enix has also announced that they will continue to make server improvements over the course of the year in the hopes of improving regional player experiences.

In addition, the game’s director, Naoki Yoshida, has reminded fans that the dev team consists of real people who should not be subjected to verbal abuse and harassment. Yoshida has asked players to give “careful thought” to their feedback after frustrated gamers sent abusive messages to the team over the last month.

Riot Games is offering staff a payment of 25% of their salary, three months of benefits, and full bonuses if they wish to leave the company following the announcement of a new company roadmap. CEO Nicolo Laurent outlined his plan for the next five years in a blog post, which includes spending more time on non-games media (like a second season of their Netflix show Arcane) and an ongoing commitment to diversity and inclusion.

#Kotick CEO of #Activision earns 1,560 times the average salary of its employees.
He earns $77,306 on average per hour.
This is absurd and obscene. Especially in an industry so rich and so plagued by crunch and job insecurity.https://t.co/l8SIvzkLF7