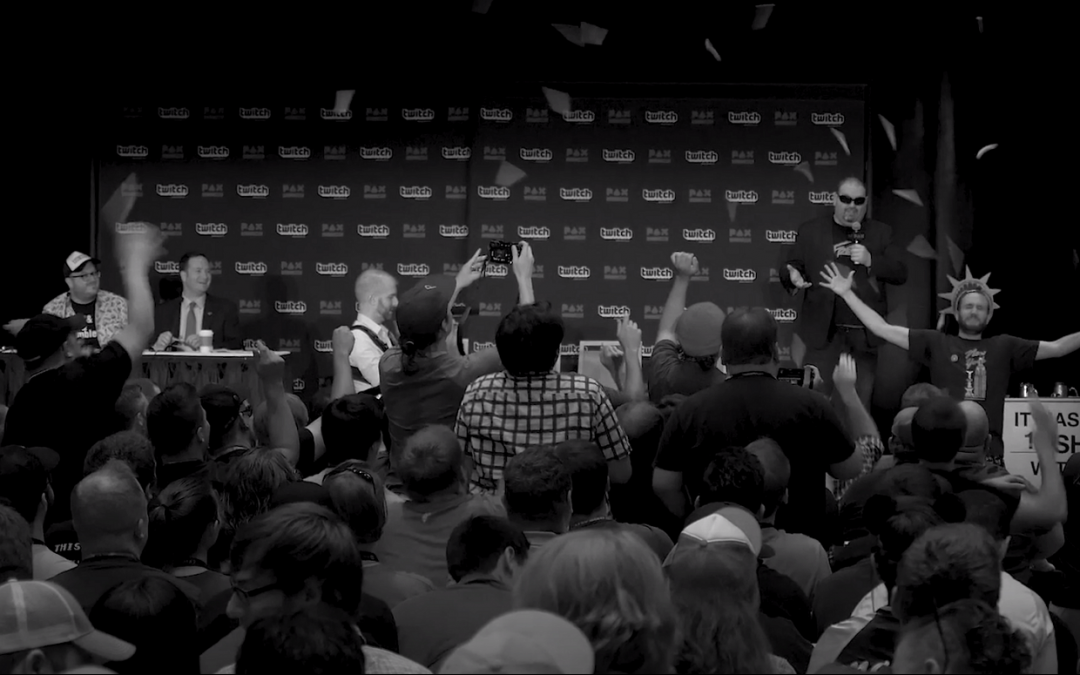 There are lots of things I like about conventions, but none of them are as important as shitty wrestling games. Specifically, shitty wrestling games at PAX. Even more specifically, League of Heels, a… thing that is very difficult to describe. Your favorite figures of the gaming industry (critics, commentators, journalists, developers, and so on) dress in wild costumes and step into wrestling heel personas. After some 45 minutes of introductions, lore, and trash-talk (this is not an exaggeration), the remaining minutes of panel time consist of an extremely rushed elimination tournament where those heel personas duke it out in a terrible wrestling video game. Sometimes hot dogs are thrown. Sometimes a fog machine and/or confetti cannon sets off a smoke alarm. It’s pure and utter chaos.

I won’t say League of Heels is a reprieve from PAX’s potent mixture of extreme stress and FOMO with fun. It’s not. I showed up to my first one with no idea what to expect and truly thought that cramming the tournament into 15 or so minutes of the panel was an accident, and felt some secondhand stress from watching something go wrong. But, as it turns out, the chaos is the point. I don’t even remember what drew me to this panel way back in 2017, and despite it making such an impression on me, it didn’t make it into my favorite things. Maybe I just hadn’t found the words yet to describe why watching stories I don’t understand unfold around the frame narrative of a wrestling game tournament became my favorite activity at PAX.

I don’t know the full history of League of Heels—I could consult the extensive wiki or watch all the past videos—and I refuse to look it up. It’s become a sort of portal universe I step into at each PAX, where down is up and Austin Walker goes by 85 different (incredible) pseudonyms (RIP Yung Jung). I don’t need to know what’s going on. I simply walk in that door, sit down, and prepare to have my senses attacked for 90 minutes, laughing the entire time, and walk out having no idea what I’ve witnessed.

I could probably say something here about how it’s refreshing to see a tournament where fun and performance are more important than any established signifier of being “good” at video games. But I would be trying to make my enjoyment of League of Heels into something more than it is; perhaps that divorcing of “fun” from “skill” is actually the point, but I’m not here for high-minded attempts to deconstruct gaming. I am here to hear bad jokes and see silly costumes. I am here to watch wrestling games, as always, be janky. I am here for the energy of a 3 AM Mario Kart or Kingdom Hearts binge with friends. I am here to see hot dogs thrown or, failing that, to see hot dog buns thrown. Must a thing be smart to be valuable? I think not. 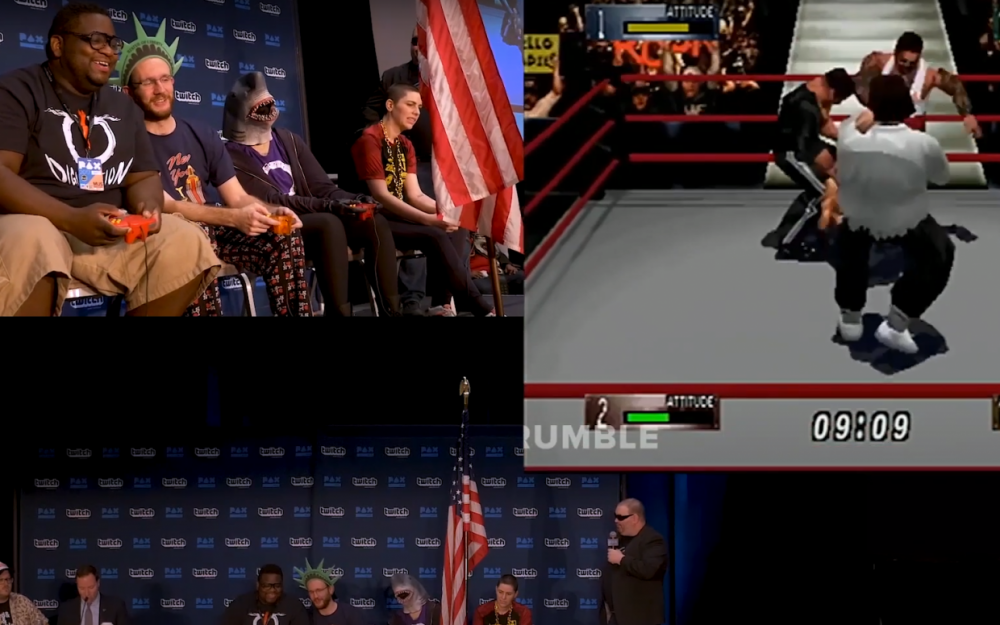 I suppose what I really miss about conventions is the feeling of being surrounded by people who are enthusiastic about whatever we are all there to be enthusiastic about—video games, comics, pop culture. League of Heels is sort of like if you took that feeling, turned it upside-down, boiled it for six hours until it’s a thick, charred sludge at the bottom of the pot, wondered why on earth you did that, then shrugged and said, “You know what? I like it.” If that metaphor doesn’t work for you, it’s probably because you haven’t watched League of Heels yet. Trust me; it’s sound.

I don’t miss being crammed into too-tight spaces to squint at game demos. I don’t miss being ignored in favor of my male peers or having to contend with the spectre of abuse hanging over a fun weekend with friends. What I do miss, more than most things, is being in a room full of people shouting and cheering and laughing about things that make very little sense for no reason other than that we are all having a great time watching people make fools of themselves.

There are few other things like League of Heels. The Great PAX Bake-Off, which pitted many familiar League of Heels competitors against one another in an Easy Bake Oven bake-off, had similar energy. Maybe something in the future will combine new things—One Night Ultimate Werewolf and Dancing with the Stars, perhaps?—and I’ll forget all about the pure chaos that is League of Heels.

But for now, there is only me, seated at home, thinking of Dr. Tracksuit baring his teeth, of The God of Pain carried aloft by her flight of hunks, or, most cursed of all, The Woke Gamer refusing to play. Someday I will shout and boo and laugh myself sick in a stinky PAX hall again, I hope. Even if I never eat shitty convention food, play a game demo, or collect more business cards than I can even conceive of existing again, I hope very much that I will see someone in a wrestling heel persona supremely suck at a terrible wrestling game live on a stage.