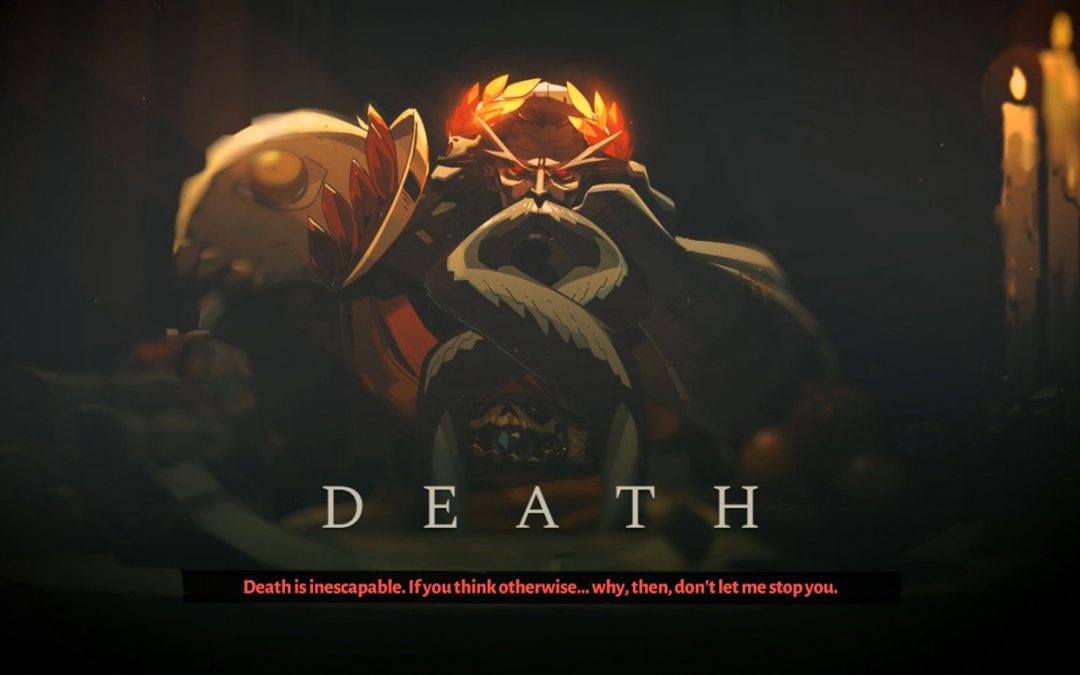 There are few sensations more familiar to seasoned gamers than death. Since death is a common consequence for failure in play, we consider death and its attendant rebirth a necessary part of the play process. Some of us even revel in our constant flirtation with death: at its peak in 2014, an average of forty-two Dark Souls II player characters died every second. It is through death that we learn how to play games successfully, but many games treat death as a simple rewind: when you fail, your character dies and reappears at a predetermined point in the narrative prior to the death, with no indication that the death ever occurred. Thus, while games are in many ways primed to open a discussion of mortality, most prefer to pretend mortality is a non-issue.
Roguelikes, as a genre, deal very explicitly with death as a central mechanic. There are no save points in most roguelikes, so death puts you back at the very beginning of the game, with your progress and some or all of your upgrades erased. But as with gaming writ large, many roguelikes treat death as a simple mechanic to indicate failure, and neglect its narrative opportunity. But two recent roguelikes have taken the conceit of cyclical, death-based play and baked it into their stories. And from these, a bigger conversation about our attitudes about mortality was born.

Returnal is a 2021 Playstation Five exclusive by Housemarque. In the game, an astronaut relives the same day over and over, crashing on a hostile alien world and attempting to escape. As she gets deeper and deeper into the repeated day, memories of her past begin to surface, and her grip on reality becomes more tenuous. Being able to remember your own death again and again in a messed up Groundhog Day would do a number on anyone’s psyche, but Returnal is also making a bigger statement about death itself. Namely, that death is an experience typified by grief and pain, and the goal should be to escape it. The game also leans heavily into elements of horror, and the slow loss of a sense of sanity reinforces fears that when we encounter death, our self is negated or sublimated entirely: when we die, we cease to exist, and that’s terrifying to us. Returnal plays on all of our engrained fears of death by making us relive death over and over.

On the entirely opposite side of the spectrum is Supergiant’s Hades. Also a roguelike, this game is perhaps even more explicitly about death than Returnal, since the protagonist, Zagreus, is the son of the god of the underworld, and is attempting to escape the underworld and the death that surrounds him. But the game doesn’t present death as a net negative, something to be feared, as Zagreus tries to fight his way to the surface. Instead, his repeated deaths and reappearances in his father’s house are just the price of doing business. Death in Hades is not something to be feared or reviled; it’s a natural part of progression. Not necessarily of Zagreus’s personal progression, but progression of the larger world. As he dies over and over, different parts of the narrative unfold, demonstrating how death itself is not an objective and total end. Viewing death as natural, and the progression of life and death as cyclical, means that Hades is a distinctly death-positive play experience. Not death as an emotionless mechanics, but an active factor shaping the narrative and communicating emotional value to the player. 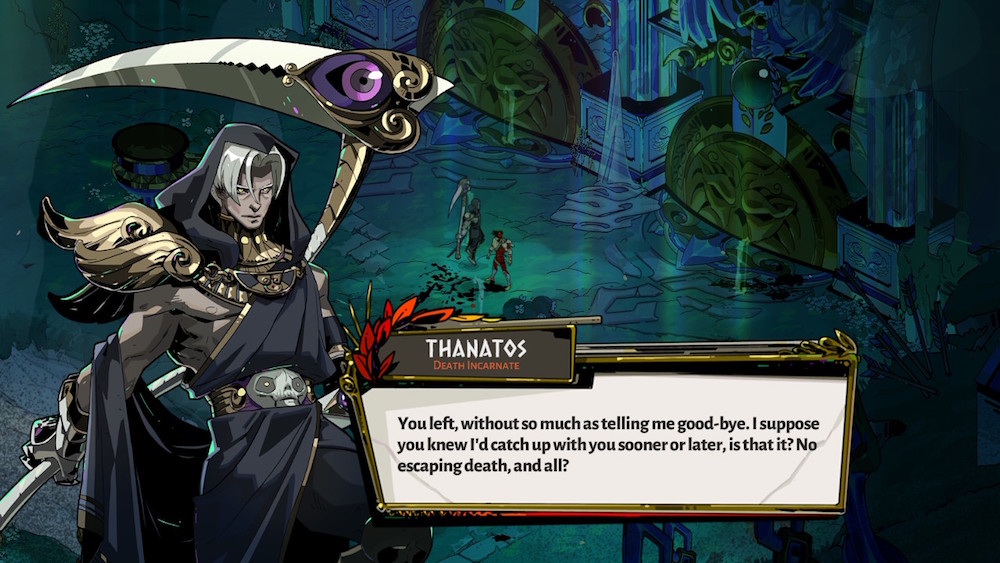 So what does this mean? Well, both experiences are cathartic, but in wildly different ways. Returnal explicates our fears about death, about losing our sense of self, and allows us to face them directly. It still presents death as something to be feared and avoided, but not as something insurmountable. By working to overcome and subvert death, we can work to minimize it as a point of anxiety in our minds. Hades, on the other hand, flips the social script and presents death as something that isn’t to be feared at all, but rather a normal part of the progression of time. Rather than something to avoid, death is integral to moving parts of life along. Additionally, it isn’t even a particularly notable phenomenon; death in Hades is fundamentally mundane, and thus can’t be scary or anxiety-inducing.

When death happens in our lives, it impacts us in powerful ways, so this isn’t to say that we should shrug our shoulders at the death of a loved one, or to turn away from the current avoidable mass death happening in the United States. We should always seek harm reduction when thinking about the lives of others, and processing grief over death is incredibly important and valuable to do. Rather, this is talking about our relationships to our own eventual deaths, and how we feel about the idea that one day we too will shuffle off this mortal coil. Coming to terms with your own mortality, facing those fears, and accepting your individual death as a small but integral part of the progress of the global ecosystem can help us not only feel better, but tackle our lives with renewed vigor, maybe. As far as we know, we do only get the one.