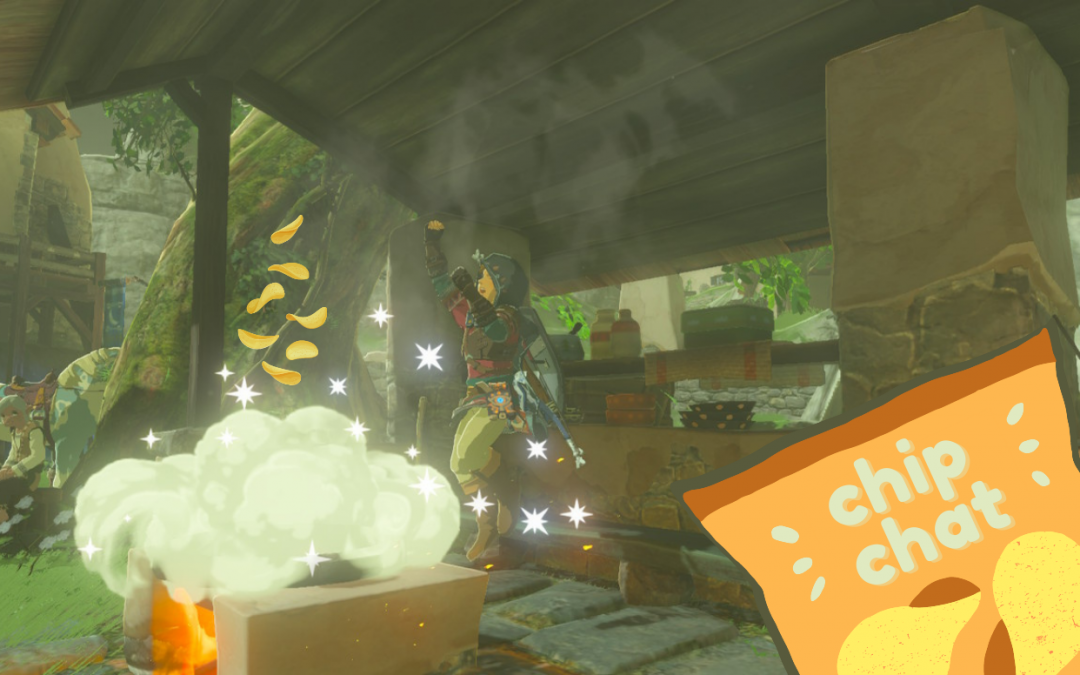 Welcome to Chip Chat, a column where I eat as many novelty chip* flavors as humanly possible, then justify it by reviewing the chips and pairing them with a game I think they’re particularly suited for, like a garbage sommelier who specializes in junk food instead of wine. This is, I insist, not a thinly veiled excuse to buy novelty chip flavors—but if it was, that sure would be convenient, now, wouldn’t it.

First up we have Kobe steak-flavored Lay’s. These were a recent acquisition from my local(ish) Teso Life, a Japanese chain retailer that sells home goods, beauty and personal care products, kitchenware, and, maybe most importantly, imported snacks. The snack aisle was a veritable trove of flavors I had never seen in the average American grocery store. Selections included onion soup, takoyaki, beef noodle bowl, and a simple black bag with gold accents and a two-pronged fork holding a seasoned, rare cut of meat; Google later told me this was Kobe Steak.

I purchased more of these snacks than I care to discuss and returned home. For a while they sat in my cupboard, untouched and unopened. Faced with the difficult decision of which to eat first, I suddenly became precious about all of them. Naturally, this changed the second I, in a particular fit of snackishness, craved a potato chip. Finding myself unable to resist the lure of the frankly luxurious black and gold design of the bag, I began with the steak Lay’s. 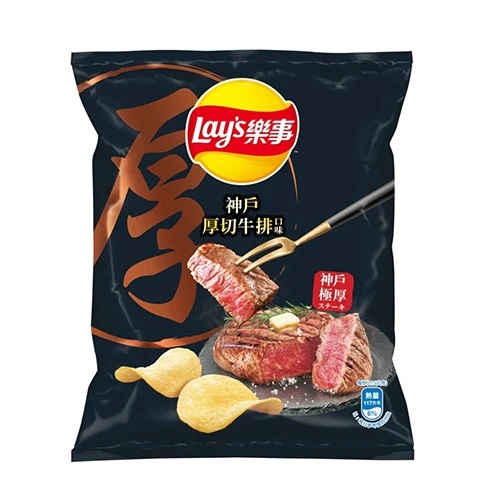 They are, more or less, everything you’d expect from a Lay’s potato chip: a crisp, thin potato chip that shatters in your mouth, neither too oily nor over-seasoned, no Cheeto dust-preventing chopsticks necessary. The seasoning had a distinctly and uncannily meaty smell, and the best way I can describe the taste is that it reminded me of a standard barbecue chip without the acidity or sweetness typically found in barbecue. It simply tasted like meat.

For that alone, I would rank the novelty factor as high. The flavor is also pretty good. Remarkable, even, when you consider the feat of accurately using a potato chip as a vehicle for steak flavor. I haven’t had Kobe beef so I can’t make a true comparison, but I imagine the fattiness of potato chip oils helps to mimic the taste of such a rich and fatty piece of meat. Perhaps even more remarkable is the fact that Lay’s has ensured the flavor isn’t so overpowering that it ruins the experience of mindlessly shoveling chips into your mouth.

And yet. By the end of the bag, the chips had lost their novelty. The flavor wasn’t overwhelming, but I think this ended up working against the chip because there was nothing to offset the taste of beef. I missed the tang of barbecue, the sharpness of onion, the spice of, well, spices. Without them, the flavor started to flatten.

My initial thought was to pair these with The Legend of Zelda: Breath of the Wild, because the flavor reminded me of the probably hundreds of pounds of meat I fed Link during my playthrough. (I am not good at Breath of the Wild. It took a lot of meat to keep us alive.)

However, further investigation informed me that the flavor wasn’t just steak—it was Kobe beef flavor. Kobe is a particular variety of wagyu (Japanese cattle) that has been raised in the Hyogo prefecture of Japan. Wagyu generally is known for its abundant fat marbling, and it takes years to raise these cattle; for the Kobe variety in particular, there are strict standards for what qualifies as authentic Kobe beef.

All this to say, Kobe beef is a delicacy among delicacies, costing up to $200 for a single pound. And while I’m sure Link would enjoy this cut of meat, he’s also a little gremlin who will eat pretty much anything. I’ve watched him eat a non-zero number of dubious meals. No, the game best suited to these Lay’s is Final Fantasy XV. 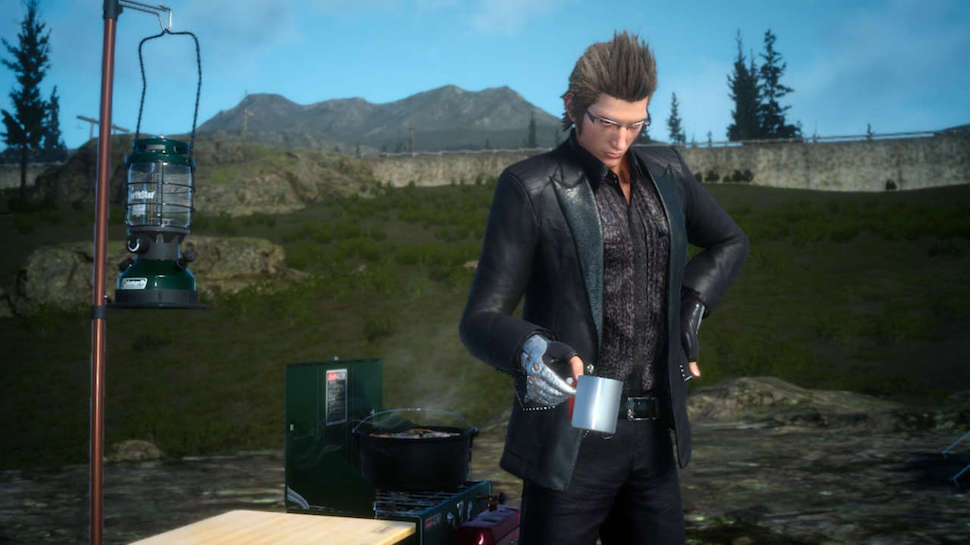 Final Fantasy XV is designed to feel rich; its main character Noctis is a prince on a pre-wedding road trip before he’s anything else. (It doesn’t hurt that the royal colors are black with gold accents, either.) Even though he and the Crownsguard have to rough it in a tent most nights, Noctis’s advisor Ignis prepares mouthwatering, restaurant-quality meals, and the party rides around in the opulent Regalia, which was inspired by luxury vehicles like the Rolls Royce. If any video game character could appreciate the flavor and quality of Kobe beef, it would be—all right, if not Noctis, then definitely Ignis.

Additionally, Final Fantasy XV markets itself as “fantasy grounded in reality.” The game’s setting is based on real-world cities (albeit magical, fantastical versions), and it features a number of crossovers with real-world brands and designers—notably, Cup Noodle and Vivienne Westwood. Not only do the Kobe Lay’s chips pair well with the game conceptually, they also feel like something the characters would snack on in their downtime.

As much as I consider Final Fantasy XV one of my favorite games, though, it isn’t without flaws. It undersells Noctis’s fiancée Lunafreya, one of its most important characters. On a pacing level, the back half of the story feels convoluted in that Final Fantasy way, and rushed when compared with the freedom and sprawling open world of the game’s front half.

Similarly, the Kobe beef Lay’s intrigued me, and I enjoyed the unique flavor enough that, even if I wouldn’t seek them out, I’d probably buy a second bag if I ever happened upon them again. Ultimately, though, both the chips and Final Fantasy XV left me hungry for something with just a little more substance.