There are three distinct sections in this book, the first being devoted to ancestry, including three new ancestry options. The second half of Lost Omens Character Guide is devoted to the various organizations that permeate the Inner Sea, with options for players to be part of said groups. The last smaller section is the small bit for GMs to use, with an NPC gallery and themed templates to make any existing NPC or creature a part of one of the organizations. 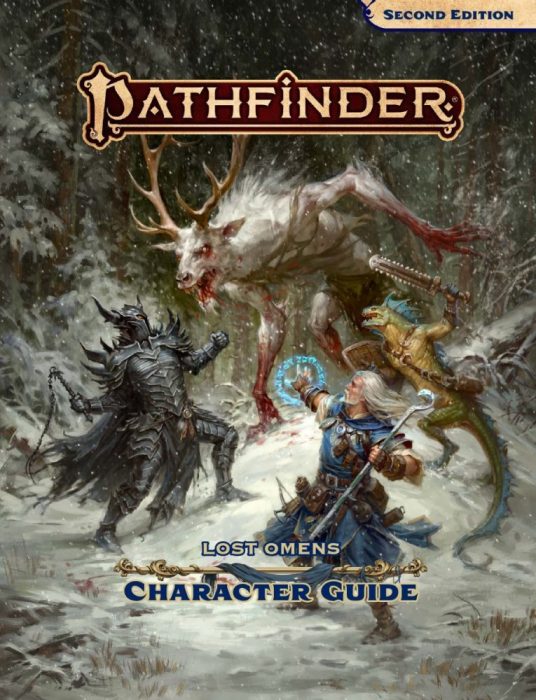 Notably expanded on, and with good reason, is the human ancestry section. The reason humans get so much space in the book is that, much like humans on Earth, the humans of Golarion are a very diverse group with many ethnicities in just the Inner Sea region, let alone the rest of the world. The book has large paragraphs devoted to the 11 ethnicities that make up most of the Inner Sea region, along with two paragraphs on the Tian ethnicities, one examining a handful of more uncommon ethnicities, and then one on the ancient Azlanti people. Accompanying these write-ups are a couple of full-body images of the Mauxi and the Tian-Yae ethnicities along with sidebars with portraits of 15 other human ethnicities. Almost all of the illustrations are of ethnicities that get less focus in previous adventures and campaign books, and it’s nice to see such diversity on the page. There’s also a handful of ethnicities provided for both half-elves and half-orcs that are based on their non-human parents, along with more sidebar portraits. At the end of the human chapter are four pages of new options for ancestry feats for players based on your character’s place of origin or ethnicity.

The dwarf chapter contains one of my favorite illustrations in the book, that of the Taralu dwarf. A darker-skinned dwarf hailing from the Mwangi Expanse, he has a brilliant ombre purple, pink, and blue beard and he’s just incredible looking. It’s also nice seeing the ethnicities of other non-human ancestries get some love, showing that every ancestry in the setting has diversity. This is a great way to make all players feel welcome at the table.

I also really love the gnome chapter, as the lore revolving around Golarion gnomes is extremely interesting to me. Curiosity and a thirst for adventure and new experiences drive them, and if they ever stop pursuing such things they begin to lose the vibrancy in their lives. Gnomes in particular are bright and joyous by nature, but once they are affected by what they call the bleaching, most fade into death, but some persist as washed-out versions of themselves. The bleaching is the gnomish version of old age, and it’s an incredible way to address that in a creature that doesn’t actually age. And again, this chapter contains one of my favorite illustrations—the Feychild gnome who has pastel roses for her hair.

Beyond the new options for the core ancestries, this was also the first book to introduce new ancestries to Second Edition. The first of the new ancestries is the hobgoblin. This is a larger version of a regular goblin, and is most notable for being responsible for one of the new nations to spring up in the new edition. The second new option is one that I didn’t even know about despite being a Pathfinder fan for over a decade, and that’s the plant-based creatures known as leshies. Despite my not knowing about them before, I’m now a big fan, and excited to eventually play one of these weird critters. The last of the new ancestries are the lizardfolk, which is exactly what it says on the tin. 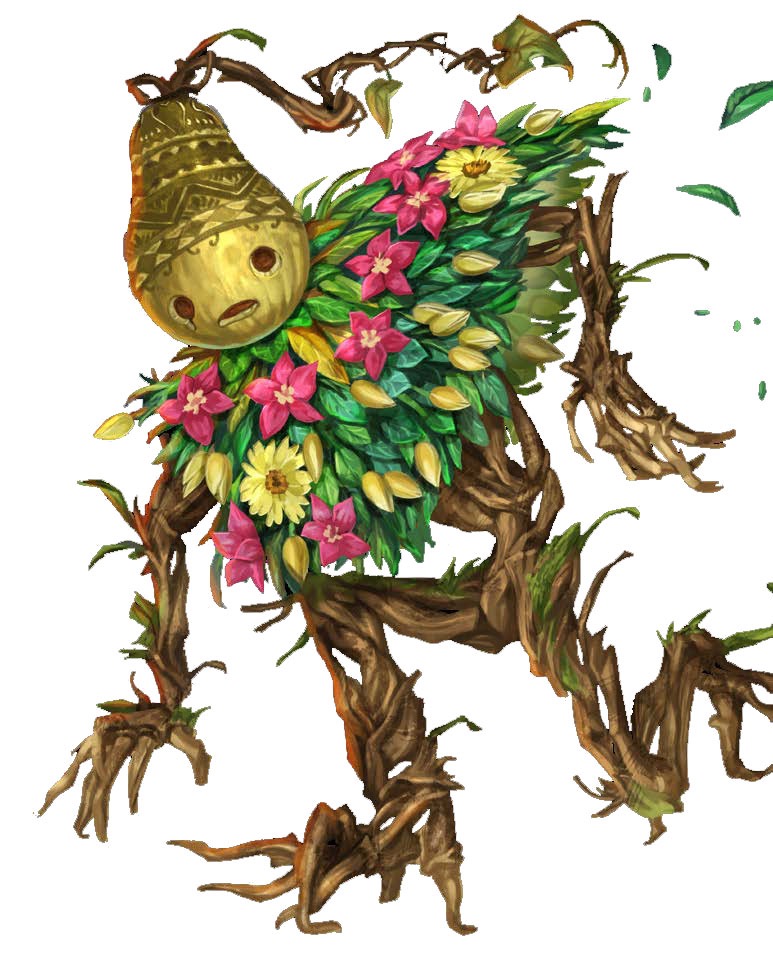 On the one hand, I’m all for more options. But on the other hand, putting new ancestries in this book makes them a little less accessible. The rulebook line in PDF format is deeply discounted, with each offering being just $15 to allow more people the chance to purchase books. The Lost Omens line is not deeply discounted. However, all of the ancestries introduced here are available on the officially sanctioned Archives Of Nethys page where all of Paizo’s rules live for free to be accessed by anyone. This is something Paizo has done for all three of their RPGs to make them as accessible as possible. The incentives to buy the books are twofold: first, the art that you don’t get on the rules wiki. Second, if you participate in the Pathfinder Society Organized Play Campaign you have to own any book you use to make your character.

The second half of the book is dedicated to organizations. In this section are options for the fallen Knights of Lastwall, the lawful Hellknights, the eponymous Pathfinder Society, the abolitionist Firebrands, and the magic school of the Magaambya. Each of these opens with a detailed description of the history of the organization, what membership is like, and some other snippets of lore before introducing several player options. Each also has a sidebar with an organization stat block, along with sidebars for how they interact with other groups and notable people within the organization.

As a parody of myself, of course, my loyalties lie with the lawful good and diminished Knights of Lastwall. Even before Second Edition, my heart was with the Knights of Ozem, and then Tyrant’s Grasp happened and they became the last hope in an almost hopeless battle, and now they are the focus of like 70% of my interest in the setting. It doesn’t hurt my interest at all that the art for the Lastwall Champion is very close to the art that I commissioned years ago of my own knight who embarked on a nearly hopeless campaign against evil hordes. It almost seems like the contributor (Isabelle Thorne, thank you) who has provided the lore for the Knights of Lastwall in this edition is pulling straight from my brain.

Lastly is the GM options section of this book with NPC stat blocks for each organization, along with a brief sidebar example of a character bio that can fit that stat block. There are two sample NPCs for each group. Finally, there are also theme templates to adjust existing NPCs and monsters into a fitting member of any of the above organizations, as well as the minor organizations that did not get full writeups.

All in all, I honestly recommend the Lost Omens Character Guide for the art alone, as there are so many incredible illustrations within it that I feel it’s well worth the cover price. The extra options for players and GMs are just icing on the cake.