Game Enjambment: Restoring Order to a World Hooked on Strangeness 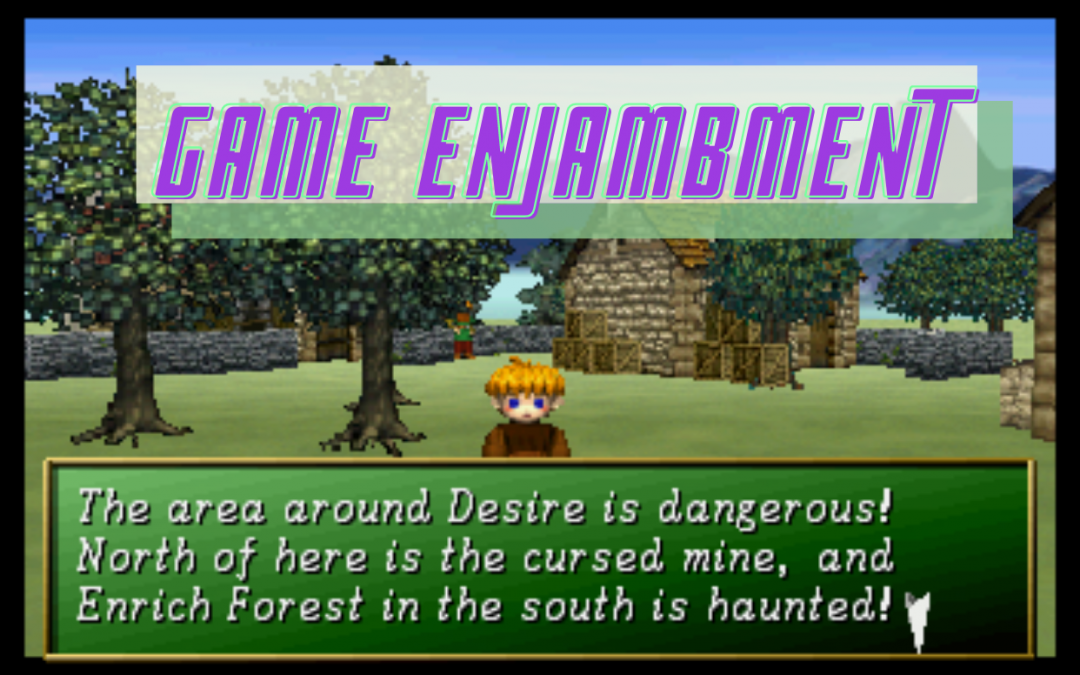 With names like Desire Village
and the Kingdom of Enrich, this RPG
setting begged for betterment.

And so I’ve bettered this land,
bested its demons, restoring order
to a world hooked
on strangeness. But will Desire
Village ever feel fulfilled? Will
I?

An arcane book rests
in the unhaunted mansion where once
it floated. I stilled it, reshelved
it. I’m still
haunted.

Will anyone else enter
the mural room, face the painting (triangle
with corners lopped off), and step
through, where mirage and illusion reign
and time  s  t  a  l  l  s  ?

Oh, lost ability to relax!
Oh, new normal
supplanted by newer: tremulous emergence
from a cowering state, sunk reliefs filled
in with treasures to unlock doors—
gaps left in me.

Katherine Quevedo was born and raised just outside of Portland, Oregon, where she lives with her husband and two sons. Her poetry has appeared in NonBinary Review, Songs of Eretz, Honeyguide Literary Magazine, and elsewhere, and she received an honorable mention in the Helen Schaible International Sonnet Contest. Her speculative fiction has appeared in various anthologies and magazines. When she isn’t writing, she enjoys playing old-school video games, watching movies, singing, belly dancing, and making spreadsheets. Find her at www.katherinequevedo.com.