Pathfinder Second Edition: How Did We Get Here?

I’ve been playing tabletop RPGs for a long, long time. I started in the 1990s with DC Heroes by Mayfair Games (because of course I did) and pretty quickly moved into Advanced Dungeons & Dragons. But I didn’t get big into games until Dungeons & Dragons 3rd Edition came out in 2000. That’s when I really began to pore through rulebooks, both core and supplemental, and when I began to explore campaign settings. While I learned a lot about Faerûn and the Forgotten Realms, my heart truly belonged to Krynn and Dragonlance. 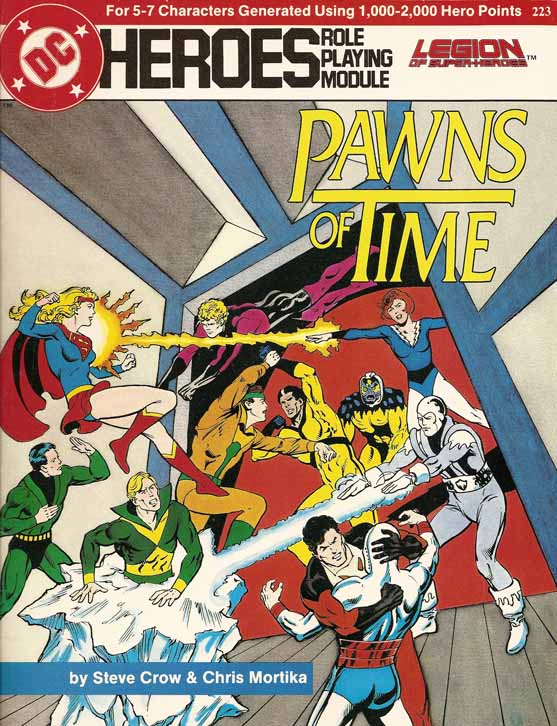 See, Krynn for me was an immersive world, filled with exactly the type of adventure touchpoints I yearn for in a fantasy game. You had a lawful good order of knights, you had interesting and fun deities, you had the mischievous kender (who are where so many of my favorite rogue archetypes seem to come from). And the novels helped to cement my love for that lore in a way the Forgotten Realms books never did. Give me Sturm Brightblade and Tasslehoff Burrfoot over Drizzt Do’urden and Elminster any day.

For a time, my interest was curtailed because my mom fell hook, line, and sinker for the Satanic Panic, fifteen years after everyone else. She literally burned my core rulebooks in a fire pit. It was a bit much, really. By 2003, when Dungeons & Dragons 3.5 came out, I was better able to keep the books hidden, and once more started playing with friends.

In 2007, Dungeons & Dragons 4th Edition came out, and for a time I followed along. The rules were simplified, it was easy enough to teach and learn, but therein kind of lay the problem. It was too simple, too cookie cutter. Everything was plug and play, and it didn’t feel like the game that I’d fallen in love with. It didn’t help that the starting campaign settings for the new edition were Forgotten Realms and Eberron, and my beloved Krynn was nowhere to be found. Within two years, despite buying every book and running a biweekly game, I fell off.

At that point, I moved back to my hometown and found out that the local comic shop had a weekly game that was looking for new players for a new campaign—one set in my beloved Krynn. But, they weren’t using the associated Dungeons & Dragons ruleset—they were using something new called Pathfinder. The first printing of the Core Rulebook was still remarkably fresh when we dived in. Being a home game, this was rife with house rules and little differences from the printed book, but the rules engaged me more than the previous edition of Dungeons & Dragons did.

My enjoyment of the new rules led me to explore more about Paizo, the company that published them. I bought two of their campaign setting books in PDF form (and would eventually get a hardcover of one of them) from the company’s website. Through the Pathfinder Chronicles: Campaign Setting and Pathfinder Chronicles: Gods & Magic, I discovered the wonder of Golarion. Both of these books were written prior to the Pathfinder core rules, and so were written for the Dungeons & Dragons 3.5 ruleset. It would be a while yet before I played a game set in Golarion, but I was instantly more interested in the world than I had ever been in Faerûn.

We made it through that Dragonlance campaign before the comic shop game petered out a bit, splitting off into alternating groups. But by then, the Pathfinder system was rolling right along, and they had released several full campaigns worth of material through their Adventure Path line. The Adventure Paths are the backbone of the Pathfinder game system. They’re fully fleshed out campaigns of usually six parts that will take players from level one to somewhere between levels 16 and 20. 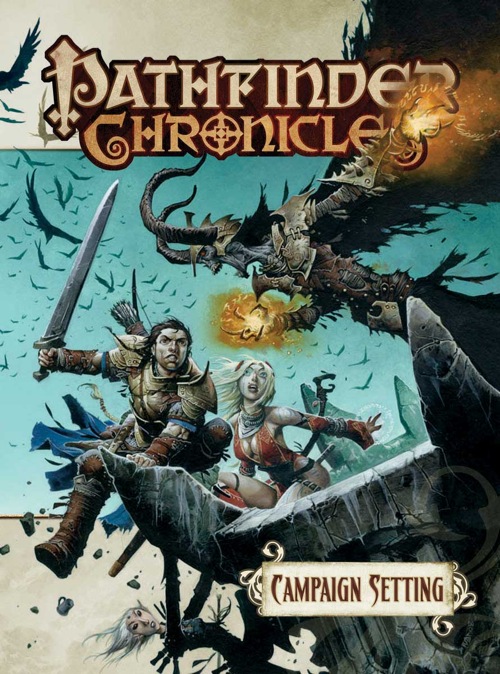 When I moved away in late 2014, I fell off of Pathfinder again for a while. I kept up with the stories and rulebooks they were releasing, but I had no in-person gaming group to play with and couldn’t financially justify continuing to buy everything.

In 2019, some of my colleagues decided they’d like to play in a game, so I dove back in. Among the players in this new game are Women Write About Comics editor-in-chief Nola Pfau and Sidequest’s own Melissa Brinks. That game has only had a few sessions over the two years it’s been going (a pandemic and a global move hindered things a bit), but even so, it’s helped reignite my passion for both Pathfinder and Golarion, and I began subscribing again just as the first edition ended.

This brings us to the point of this article. I’m going to start writing about Pathfinder Second Edition for Sidequest, but I wanted to explain both how Paizo got here and how I did first. My own reasons for following along are simple. I love Paizo’s campaign setting and the quality of its products. Even the Adventure Paths that I myself am not interested in are usually fantastic. Even if I were not interested in a new edition of the rules, I’d continue being invested in the world they created.

Paizo’s reasons for moving to a new edition are a bit different. The first is rule bloat. This is pretty common as TTRPGs get older. TTRPG companies have to keep releasing new content to stay afloat, but that means that the rules tend to get overwhelming and start causing a barrier to entry. By the time 2019 rolled around, the Pathfinder ruleset was ten years old, which was older than the Dungeons & Dragons editions it rolled out of. The fifth edition of that game came out in 2012, and thanks to the success of content like Critical Role, has gotten bigger than ever.

As Paizo announced Pathfinder Second Edition, the first edition had 27 core rulebooks and well over 100 published adventures, along with dozens of what are known as splat books. Splat books are smaller rulebooks with either GM information or player options, and most of those books focused on specific parts of the campaign setting. As someone who owns most of these books, the options are just staggering, and trying to teach new players gets harder and harder.

The Pathfinder Second Edition launch streamlined a lot of this, made the rules easier, and as a full edition reset, a lot of the options were either condensed or altogether removed. Over the two years since it launched, more and more options have been added, and more are coming soon, but even so, it remains an easier entry point for a new player.

So that’s how we got here, and in my next piece, I’ll start to examine the rules that are out already with the Pathfinder Second Edition Core Rulebook.