How to Break D&D for Fun 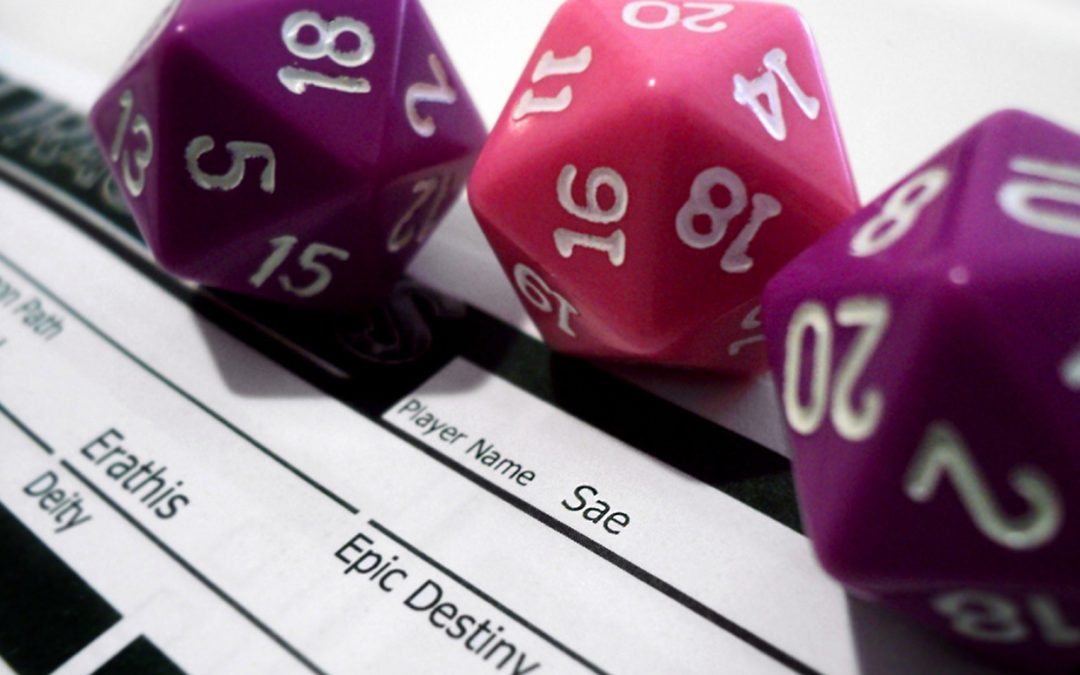 Dungeons & Dragons was not my first tabletop RPG. That honor belongs to the aptly named Supernatural Role Playing Game which is, you guessed it, an RPG based on the hit CW show Supernatural. But I’ve played way more D&D than any other TTRPG despite coming to it later, and despite knowing that there are games out there that do some of D&D‘s core features better.

Why? Because more than anything else, D&D is really, really fun for me to break. It’s an imperfect game, and a downright bad game to some. But that’s what I find interesting about it; its limitations make it compelling. Its flaws make it a challenge. I’m by no means an expert, but if you’ve ever wanted to play D&D but were hesitant about some of the iffier mechanics, or if you have never understood why somebody would bother with D&D when there are better games out there, I may be able to help.

I don’t mean that it can’t be fun or that playing it is bad. I mean that it’s a system with serious limitations hamstrung by its own longevity. It may be the world’s most popular TTRPG, but the Player’s Handbook calling it “greatest” right there on the cover is a bit hyperbolic. The fact is, there are plenty of other systems out there that are better suited to different kinds of stories, with smoother play and a lower barrier to entry. D&D is notoriously rigid and there’s racist, sexist, and otherwise xenophobic baggage baked into its mechanics. There are plenty of games that don’t have any of that, and those games may be a better fit for you.

I, for one, break D&D because I’m a notorious lover of garbage. I like to play with trash. I find a lot of satisfaction in looking at something flawed and figuring out how I could improve it. How can I make something fun and satisfying out of something that simply isn’t very good?

That’s fun for me. It won’t be fun for everybody! But I happen to think about D&D‘s rigid ruleset the same way I think about—potential pretension alert—poetic forms. Let’s take a sonnet, for example. Fourteen lines, iambic pentameter; that’s what makes a traditional sonnet. If it’s thirteen lines, is it still a sonnet? Nope! But it’s interesting, isn’t it? When you break the rules of an established poetic form, it stands out—it feels fresh and exciting.

That’s what D&D is like for me; the interesting things start to happen when I reject what the game expects of me and my players. Seeing what forms I can bend it into is as fun, if not more, as playing a game that’s already built to suit my needs. 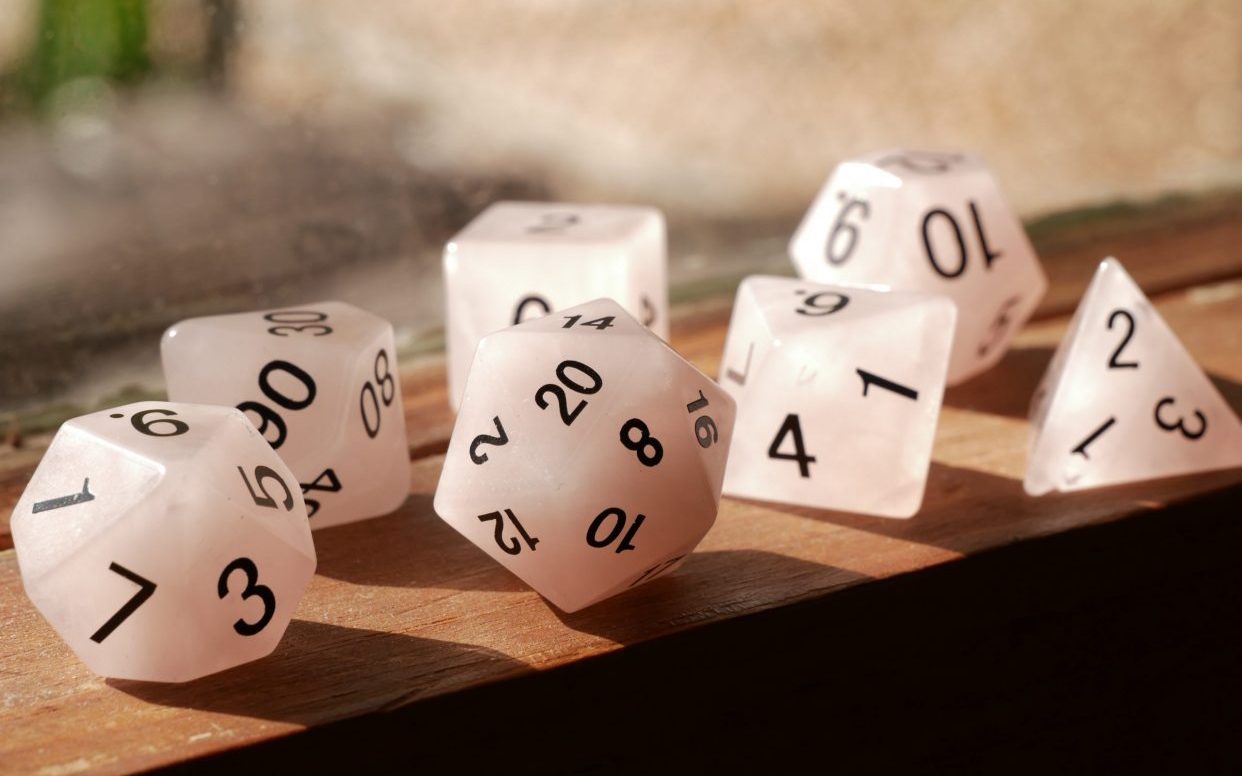 Okay, but if D&D isn’t all that great, isn’t it better to spend our time popularizing games that are better than D&D rather than breaking this bad one into something better?

Sure, but that’s not the article I’m writing (other people have written that article). Because the truth of the matter is that I like D&D, specifically the somewhat broken version of it that I play. The act of breaking the game itself is fun for me and is part of the play.

And while I love plenty of other TTRPGs, D&D is a gateway for a lot of people, especially thanks to shows like Rivals of Waterdeep, Critical Role, and The Adventure Zone. The game’s popularity makes it seem like a natural starting place, even if there are games that are much easier to get into on a technical level. If there had been more up-front guides about the fun in playing D&D against the grain when I first started, I might have had an easier time, especially because so many resources that do exist use a lot of unfamiliar jargon.

Where do I even start?

Honestly, ask yourself why you’re playing D&D. I don’t mean this to be dismissive or to say you shouldn’t play it, only that some awareness of why you’re doing it will help you better understand what changes you might want to make. If you can’t think of a reason why you’re choosing D&D over something else, you might be better off starting with a different system!

Personally, I play a lot of D&D because the crunchy rules make my creative brain happy. I like the creativity that’s inspired by a boring mechanic like keeping track of ammo—if you run out, what then? Sometimes fun happens when we come up against a wall and we answer with our imagination.

But not all of the rules are fun (carrying capacity is my least favorite) so those are the first things I prune out. I do ask that players use common sense—no, you may not carry around a two-ton solid gold statue unless you’re going to use an item or spell to make that make sense—but if you’re communicating and working together, that’s usually not an issue.

There are also some deep-seated mechanical issues related to D&D‘s longstanding lore, such as the positive and negative ability modifiers related to choosing certain races or the overarching theme of “dark skin = evil” associated with the Drow. You can just throw those out entirely. Don’t worry about balance. No gods, no masters.

If you don’t want to throw those things out entirely, there are many, many homebrew alternatives to make these kinds of mechanics fun rather than racist and irritating. One of the most popular is Ancestry & Culture: An Alternative to Race in 5e, which allows for more freedom in character design and does away with the stereotypical racial traits in vanilla D&D. These kinds of homebrew supplements can really help you flesh out your worlds, characters, and rulesets in ways that make a system as old and rigid as D&D feel fresh and new. 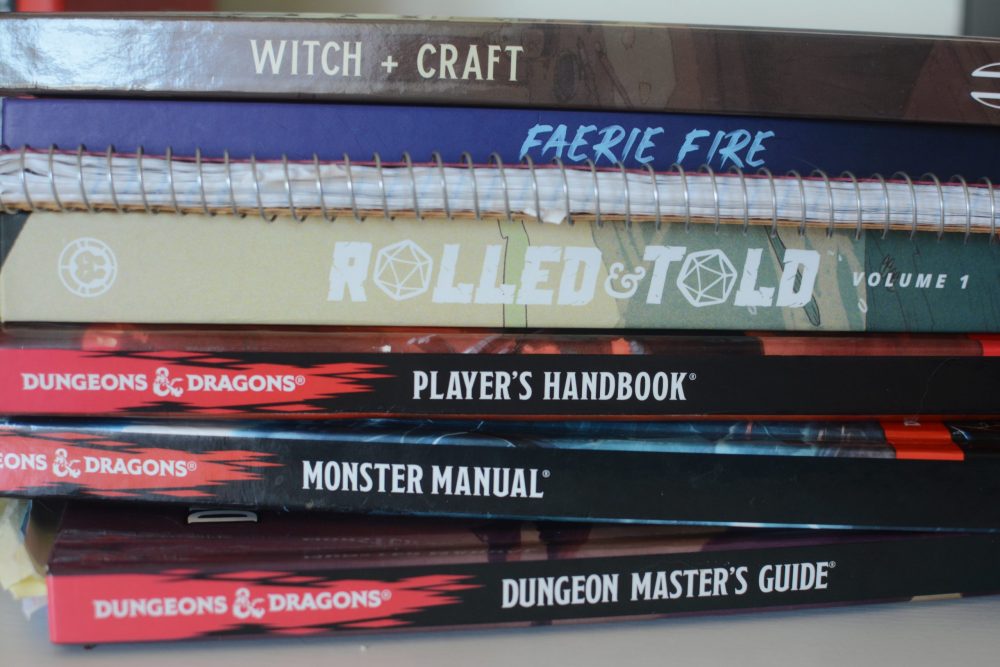 This represents roughly the order I consult these books in. Trashed spiral notebook included for authenticity.

But how do I know what homebrew things are good and what I should mess around with?

Now, that’s where things get tricky. One of the many things I like about D&D is that there are so many resources available for tweaking it into a shape I like, but it being so popular and so long-running also means that there’s a lot to sift through when it comes to content.

I still consider myself fairly new to DMing D&D so I don’t have a wealth of knowledge about where the good stuff is and where the bad stuff is. I can tell you for certain that I will buy anything Astrolago Press releases, as Faerie Fire and Witch+Craft are genuinely wonderful supplements that flesh out and reimagine the game in meaningful ways. Gender, sexual, and racial diversity are baked into each book, and both come with campaigns that play with and build upon D&D‘s mechanics in unexpected ways. Witch+Craft in particular is based on the idea of crafting through domestic magic, and its main campaign has extremely reduced combat and a heavy emphasis on community-building. It’s different enough from the expected play of D&D that I’ve actually made a point of warning my players about it before we start the campaign so they’re not taken by surprise. Instead of suddenly punishing them for thinking of combat as the first priority solution, we’re building their character stories in a direction that encourages a less violence-oriented life. When we work together on this, we end up with more satisfying character arcs that wouldn’t happen at all if we weren’t willing to play a bit against D&D‘s “intended” playstyle.

DM’s Guild is also home to some supplements and campaigns I’ve heard great things about, and there are always Kickstarters for exciting new content. Find creators you like and dive deeper into their recommendations and inspirations. If someone worked on a book you like, see what else they’ve worked on, or who they’ve collaborated with. This has always served me well!

I also am grateful for the patient players I have who give me a moment to look up (or make up) homebrew rules. As I mentioned, I like that D&D has complex rulesets, so while I could, for example, simply say, “Your character is tipsy,” after they have a couple of drinks, I like having a mechanical give-and-take to those kinds of decisions, such as this helpful homebrew system. If I don’t like what I get when I Google a solution or it’s taking up too much time, we move on. There’s no need to stall the game to add in something unnecessary if it’ll take longer than a minute or so to solve. Anything that gets in the way of facilitating a good time can be tossed out, even on the fly. “It doesn’t matter right now,” is a perfectly fine statement.

You know, people online say that [clerics shouldn’t be healing in 5e / that alignment is uniformly bad / ammo is good / something else entirely].

People say a lot of things online. I, too, have been the subject of “if you’re healing as a cleric in 5e, you’re playing wrong.” But people online don’t know how you, personally, have fun. When I’m DMing and playing a healer, having my character be a himbo and primarily serve one purpose—keeping the party from dying unceremoniously—is both fun and practical. You can throw popular D&D wisdom out the window as easily as the official rulebook if it doesn’t work for you. Play a cleric who only heals. Let your character have a rigid alignment if you want and it’s fun for you and the party. Give your characters negative bonuses. It doesn’t matter.

OK, but am I even playing D&D anymore?

In the same way that a playground with monkey bars and a slide dictated how I moved through childhood games where the playground was also a castle or tornado shelter or secret spy base, D&D is simply the tool I use to have fun telling a story. The slide isn’t necessary; maybe it doesn’t have a purpose in this game, so we don’t use it, but it could in another. Maybe we only want to crawl backward up the slide for the difficulty of it. Maybe we all agree that the slide is a chair. The D&D police don’t have to know that your elf is the strongest member of the party or that your half-orc is super charming and everybody loves her, because the D&D police don’t exist. Seriously. Have fun however you and your party want to.

If you want a story where combat isn’t the focus, that’s free of many of epic fantasy’s unsavory tropes, or you simply want to expand your horizons outside the world of character sheets, dice-rolling, and proficiency modifiers, there are more systems out there than you can possibly imagine to achieve those goals. But there’s also fun to be had in playing against the grain if you like messing with systems and potentially getting a little messy, especially if you have a group that’s game to try it along with you.