We Don’t Need a Flow State: Intentional Frustration in I Am Bread 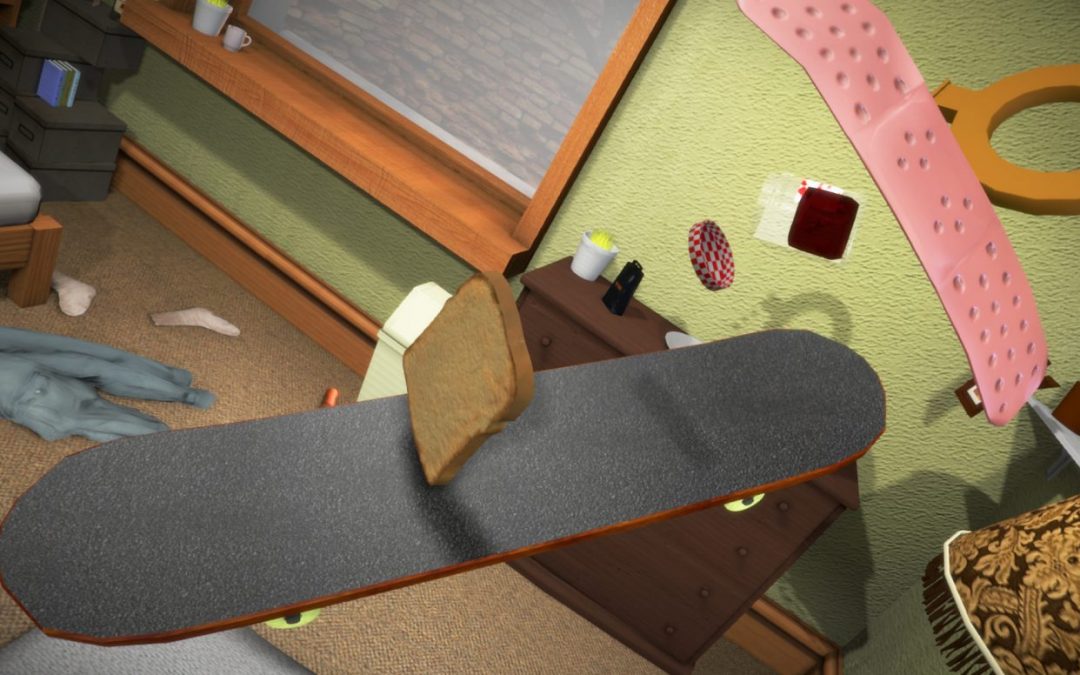 I first experienced an intentionally frustrating game when someone showed me QWOP in my freshman dorm room. I was relatively new to PC gaming, and some of my boyfriend’s rather unkind friends liked to poke fun at my lack of skill; I was probably presented with QWOP as a joke intended to frustrate me for their amusement.

In QWOP, you control a runner using only the Q, W, O, and P keys; each key is attached to one part of a leg, either a calf or a thigh. It’s intended to be intensely difficult to control, and ragdoll physics abound. Instead of getting angry at the game, I thought about it. I figured out which buttons corresponded to which part of which leg, and within about twenty minutes I was playing QWOP better than any of them could. So, frustration was indeed achieved, but it was theirs at having their fun spoiled. I still wasn’t actually GOOD at QWOP, but I was having fun.

QWOP is one of the works of Bennett Foddy, a designer who makes intentionally frustrating games that have been called “masochistically difficult.” With control schemes that specifically break genre expectations and make immersion in the experience difficult, Foddy has inspired indie game designers to break out of control-scheme molds, often to great success. But as these games subvert expectations of play, sometimes to great benefit, they are not without their issues. I Am Bread (Bossa Studios, 2015), where you control a small slice of bread, with each bread corner corresponding to a button, is one example.

The controls in I Am Bread are intentionally difficult and lead to much hilarity. Shuffling and flipping your little slice across the rooms and over furniture renders mundane movement both exciting and intensely frustrating; what you took for granted in other games, like moving forward, is a hard-won task. Difficult-to-master controls render the experience of play itself frustrating and confusing to players, since their input and their intentions do not match the output they see on the screen. To put it in game studies terms, games like I Am Bread disrupt the idea of flow.

Flow is an idea popularized by psychologist Mihaly Csikszentmihalyi, and it essentially says that there’s a “sweet spot” where, if a task meets thresholds of challenge per someone’s skill level, where things are just hard enough to be interesting, people enter a state of incredible focus and enjoyment called “the flow state.” If a task is too easy for the person’s skill they become disinterested, and if it is too hard they become frustrated; either way, they will likely quit. Games, as leisure activities, are thus invested in creating an environment where players can easily achieve a flow state. There’s even a whole game explicitly based around this phenomenon, thatgamecompany’s Flow.

Games create flow through cycles of gameplay where the player gets more and more used to play and thus better at it, so challenge can increase. But in a game where gameplay starts off as incredibly challenging, there’s no opportunity to enter the flow state. In fact, a game like I Am Bread seems to be actively pushing players away from flow; frustration is the intended experience. Why would a game do this?

In the case of games like those made by Bennett Foddy—who has an entire PhD in philosophy—intentionally frustrating experiences are often thought of more as statements than play experiences. Getting Over It with Bennett Foddy really leans into this experience, with a calm narrator who comments on your success and failure, and whose dulcet tones begin to sound snider and snider as you get angrier at the game. But while Foddy used his latest game to muse on the nature of failure and how we react to it, some other games with similar frustration cycles, like I Am Bread or Goat Simulator, are commonly seen as goofy physics simulators that are broken on purpose for comedic effect instead of a grand thematic purpose. But even if these games aren’t thought of as highfalutin, and even if they weren’t created with the same purpose (which we can’t truly ever know), they still produce the same effects in the player, and are still worth looking at. I Am Bread might be silly and cute, but it’s still saying something. 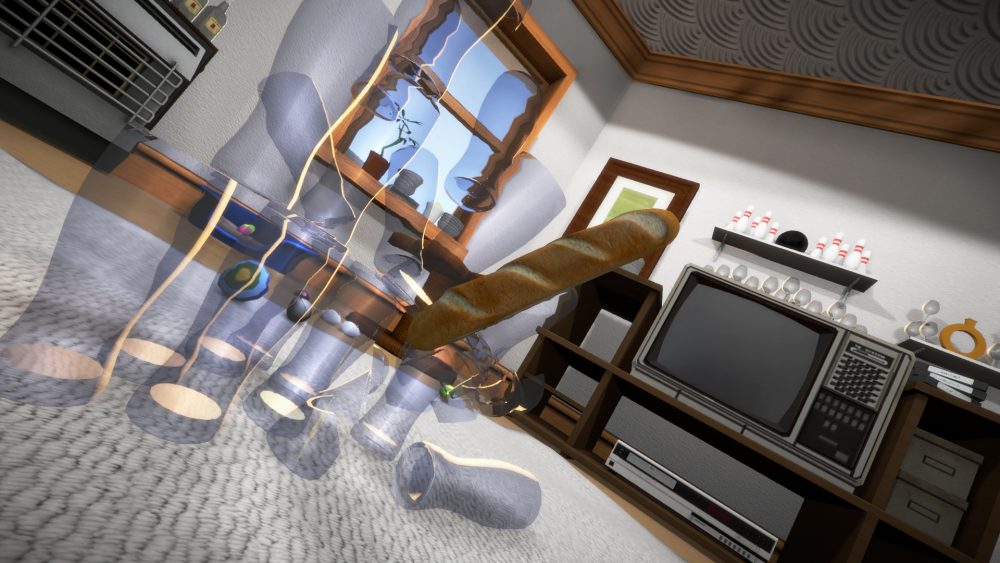 And what it’s saying seems to be “we don’t need to be immersed to enjoy or get something out of the experience.” By positioning the player for maximum frustration and generally minimal reward for effort, calling a game like this “punishing” would not be an entirely unfair assessment. But while the game punishes you, it’s not mean, because though it’s operating on a different set of rules than many other games, there are still rules that the game follows; it never cheats the player or tells them that playing successfully isn’t enough. Playing successfully is just very hard, but doing it still comes with the affective rewards of success. In this way, I Am Bread rewards players who do not rely on the low-impact consistency of a flow state and who persevere against frustration and adversity for triumph.

If we think about “why does a game want to work against flow?” we have to recognize that we’ve begged a question: we are assuming that flow is the optimal play experience. And for some people, it is—getting “in the zone” can be a pleasant experience. But there are plenty of people for whom flow is undesirable (because of issues regulating behavior and hyperfixating) or even unachievable (due to focus issues or motor issues that make most common control schemes uncomfortable and frustrating). So, a game that says to the player that frustration is the modus operandi actually opens up the acceptable ways of play to a larger group of people.

The flip side of this, of course, is that accessibility needs are often contradictory in the way we implement them: what makes an experience more accessible for one group can render it inaccessible for another. In this case, it’s how I Am Bread and games like it create this sense of frustration: through their control schemes. Having the experience of play built around a single, specific control scheme is already an accessibility issue, since some people need to use special controllers or to map keys differently. Even if you remap keys in I Am Bread, the game still intends for the player to have a particular type of difficulty with button pressing that can get muddied by changing presets. If the point of the game is specifically designed around a particular control scheme, with the implication that changing that control scheme changes the experience of play, then that game automatically bars a lot of people from playing.

But it doesn’t have to be that way. If we can start thinking of play experiences outside of the flow dichotomy entirely, and not care if an experience gets us “in the zone,” then we can start thinking about ways to open play up to more people without relying on things that presuppose certain physical ability. And this doesn’t just have to happen with games intentionally designed to be frustrating. All games and forms of design can benefit from moving beyond immersion as the scale by which we weigh the play experience; frustration by design is just one way around the unintentional frustration that comes with an inaccessible pathway to flow. We can think about how games could be working to challenge us through narrative and design in innovative ways, pushing the boundaries of how we act on and are acted on in turn by a game.