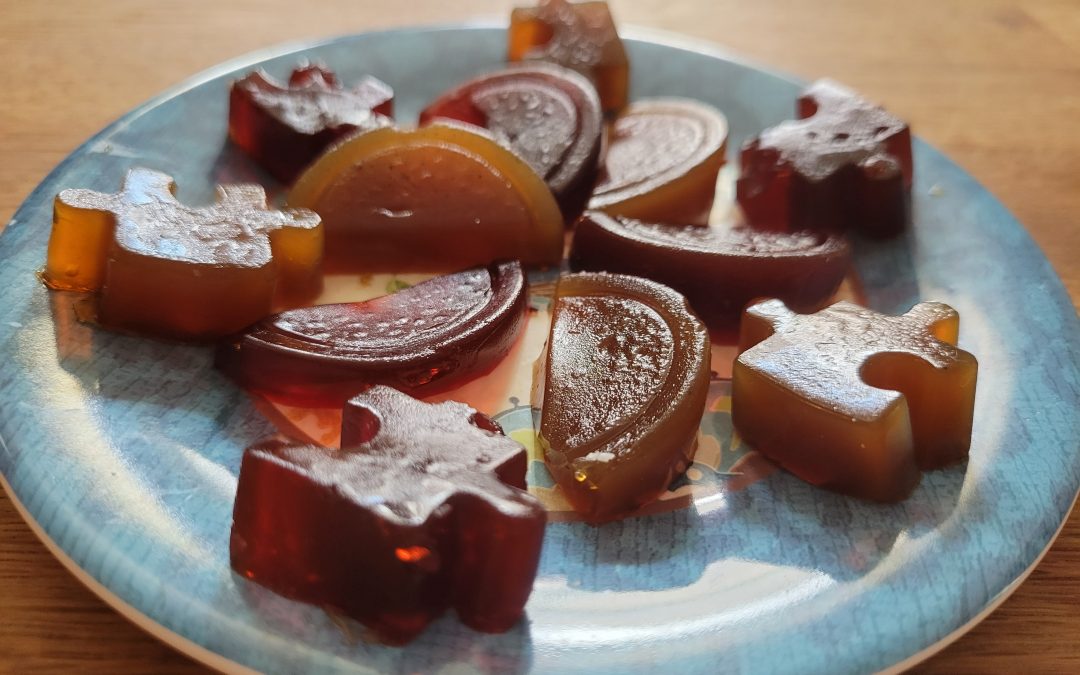 This post includes a recipe at the end. But what’s an internet recipe without a lengthy headnote to scroll through? And how often do recipe headnotes include a treatise on the function of food in the Elder Scrolls universe?

In my past life I was a food writer, and created for my own use a taxonomy of food in video games. If food exists at all in a given game universe, it is typically used for one or more of these three functions: status effects (potions, power-ups, or poisons), a hunger meter or timer (as in survival games or The Sims), or world-building.

In early Elder Scrolls games, food played a relatively minor role as a mild alchemical ingredient and set dressing. You might see an ash yam in a bowl in austere Morrowind hearths or a plate of blackberries in the lush heartland where Oblivion takes place, and you could pick food objects up and drop them: world-building. You could eat them for a minor boost or mix them with other ingredients into a more potent potable: status effect.

In Skyrim, the in-game potential of food blossomed. For the first time, cooking food was a separate mechanic from alchemy—and it didn’t require skill, so even a brand-new player could craft some buffing and healing meals from foraged vegetables and a pile of salt. Except for a few dishes with unique benefits—my mage was partial to Elsweyr fondue to boost magicka before a fight—most meals were still inferior to a highly skilled potion. But stumbling across a bandit’s abandoned fire spit and roasting some potatoes had its own kind of pleasure. Most of the meals sounded like food I would cook in the winter: vegetable stews, fruit-stuffed pastries, seared steaks.

That’s because food in Skyrim is more environmental than functional. Your vegetables come from farms dotting the wintry medieval-ish landscape, your steaks from fish and bears and deer you can hunt yourself. Every NPC from hermits to bandits to comfortable burghers of Whiterun keeps a bit of bread or a boiled creme treat on their bedside table. You can pick up food and move it; you can furnish your own homes with a fully functional kitchen; you can fill your weapon display cabinets with sweetrolls and pour an avalanche of cheese wheels into a town square. Objects in Skyrim obey the in-game laws of gravity: you can race down the length of a jarl’s luxuriously laden table and send dishes and goblets careening in all directions.

You can’t play with your food like that in Elder Scrolls Online. That’s probably a good thing. If MMORPG players could drop their inventory anywhere outside of our carefully curated in-game houses, the temptation would be too great: we’d all be swimming in cheese wheels. As a trade-off, the power-up capacity of food and drink is greatly expanded. There is a food-associated skill, Provisioning, which you can level to concoct dishes and beverages that restore or buff your attributes. The effects stack with alchemical potions, so Provisioning is a vital part of the life of players who tackle challenging cooperative or player-versus-player content.

But there is still a dimension of playful world-building in the sheer number of recipes you can buy, find, or unlock via quest. My main character knows scores of food and beverage recipes—she even knows a few crafting recipes to make food-shaped housing decor out of wax and flour paste—and I know there are many more recipes left to discover. The simplest recipes have common names and ingredients, but as you increase your Provisioning skill, you can learn complex meals with names that evoke the lore or culture of the diverse population in Tamriel. Lilmoth Garlic Hagfish may sound off-putting, but seems appropriate to the marsh-dwelling pescavore Argonians of Lilmoth; Alik’r Beets with Goat Cheese sound right at home in the Maghreb-inspired markets of Hammerfell. 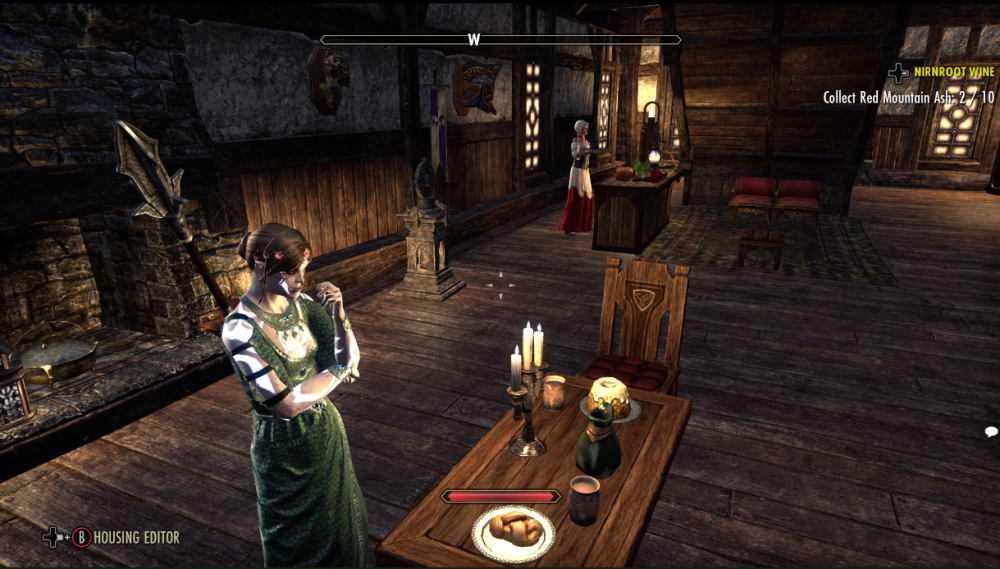 Please do not eat the wax sweetroll.

Both the world-building and stats-boosting dimensions of ESO Provisioning reach a fever pitch during seasonal events, like the Jester Festival. The springtime Jester Festival combines April Fool’s Day vibes with the irreverence and satire of Mardi Gras and the more pagan symbols of Easter: you get your quests from a trio of jesters dressed up to parody the three alliance leaders of Tamriel, and they ask you to do things like shower grumpy villagers with pink petals and rescue a princessy pig said to be betrothed to the Skald-King.

To earn the title of Royal Jester yourself, you have to learn four recipes that only drop during the festival. One of these, the Jewels of Misrule, is popular among players because it gives a significant boost to your health max as well as your stamina and magicka recovery. I’ve chosen it for my kitchen experiment because it seems to capture the whimsical spirit of in-game food—and because I sort of had to farm for ingredients. 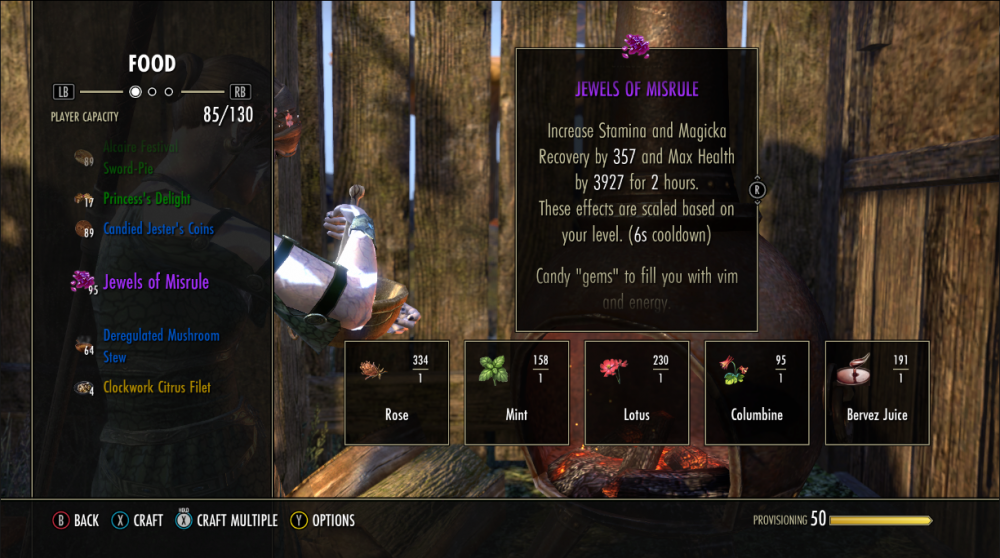 According to the recipe card, Jewels of Misrule are “candy gems”—but hard candy requires a bit more precision than I’m up for, so let’s make them jellies. I picked up a box of unflavored gelatin from my local grocery store. I always have Rose hips and dried Mint around for tea. Lotus was a little trickier to find, but a nearby Vietnamese grocery store carried the dried flowers. Columbine is slightly poisonous, so I will be using dried hibiscus flowers, which have a similar shape and color to the pointed columbine blossoms in-game.

No one knows exactly what Bervez Juice is, alas. If you delve deep into the lore, including an earlier patch of ESO and an Elder Scrolls game no one has played called Shadowkey, we know that it is a juice of some sort of fruit, and it might be an intoxicant. I’ve opted to use date syrup because I liked the idea of using a fruit-based sweetener to play the role of Bervez Juice, but you could substitute simple syrup or honey if date syrup is hard to find. 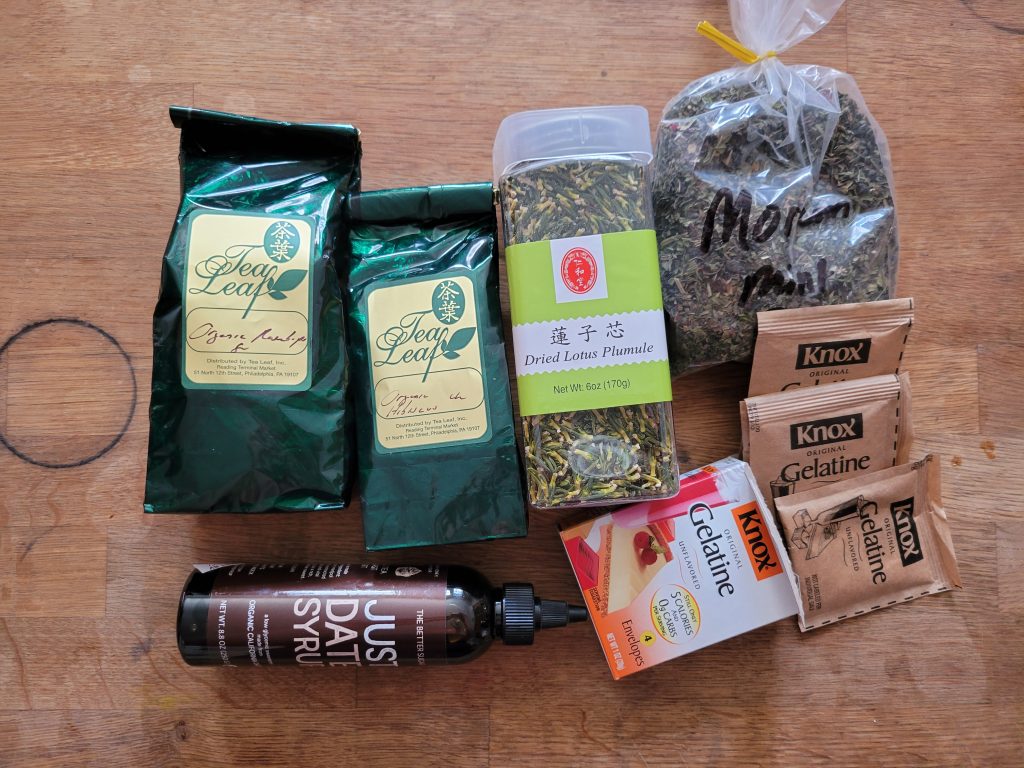 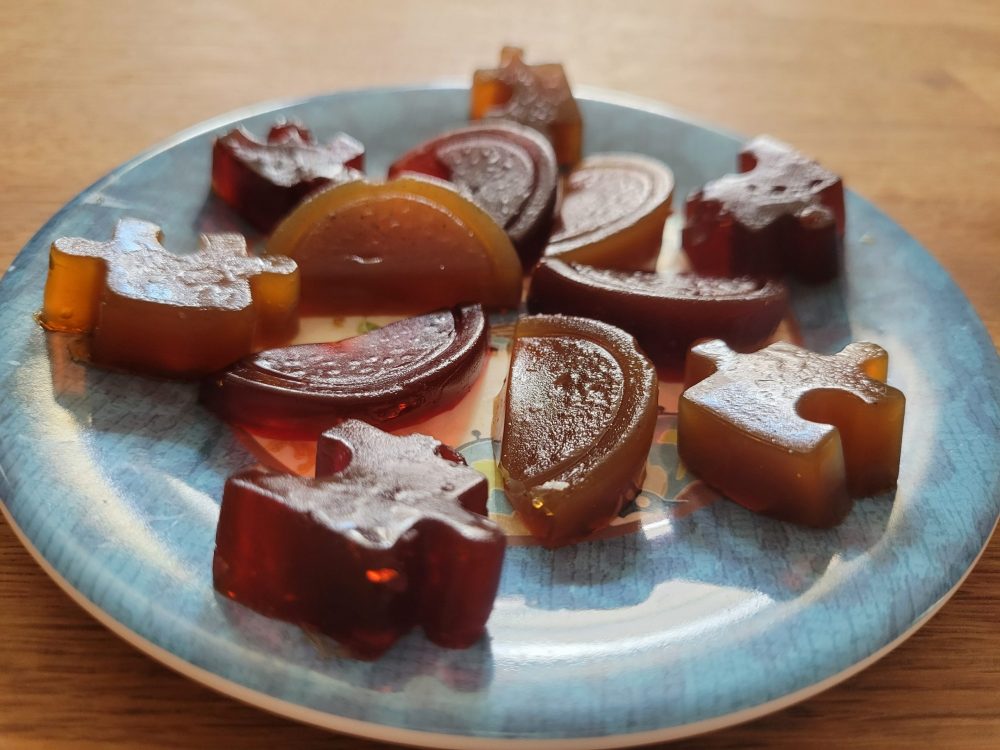 Delightfully whimsical, and sufficiently translucent for “jewels.” The rose-hibiscus jellies are tart and lightly sweet. The lotus-mint jellies came out pleasantly grassy and slightly bitter, probably because I steeped the tea too long, but it’s peak Misrule to bite into a candy expecting sweetness and tasting something else.

Like the Jester Festival, the Jewels of Misrule herald spring—and are gone too soon.