Details are coming out slowly—a trailer has been released and the love interests announced—but there is one thing I hope to see in the new RF that’s been missing from the last couple of generations: love rivals. Common to older SoS/HM games was a mechanic where each love interest available to the player also had an NPC vying for their virtual affections, known in fandom spaces as “love rivals.” So, in honor of Rune Factory 5’s upcoming release, here’s 5 reasons why love rivals should be a thing again.

Part of the charm of any farming sim is getting involved in the day-to-day happenings of all the local townsfolk, and a good eighty percent of small-town life is the juicy, unnecessary drama. Why am I no longer allowed to stir the pot as the hot new farmer in town come to steal the local preacher’s daughter from the mayor’s son?

While Rune Factory 4’s handling of romantic interests was fluffy and cute—and did allow the good people of Selphia to (politely) get up in your business as you date every eligible bachelor/ette in town—nothing compares to Rune Factory 2’s bride-stealing, where you can attend a wedding and ask the bride to run away with you instead. What better way to show up the village jerkwad than to steal his girl? Nobody will ever talk about it again… but you know they’ll all be thinking about it while they’re ‘miring your turnips at the harvest festival.

Farmer Kyle, hoeing down the field in his crop top

4. Gives a Set Goal and Timeline

Farming sims are primarily time management games, but once you get the hang of when to plant crops and when to brush your cows (or in Rune Factory’s case, Buffamoos), they become pretty freeform experiences. Love rivals give you a deadline to compete against, because the rival has a set date for their wedding regardless of whatever you’re up to. Generally the rival weddings are spread out, so you have a couple of in-game years to woo your love interest… or change direction if they do end up marrying the love rival. Having a deadline creates a tension often lacking in newer farming sims, particularly now that most of them don’t have in-game deadlines for achieving goals or time-sensitive events. Since marriage is generally an optional feature in newer iterations, love rivals are a good opportunity to give more concrete goals to players who want them, while being easily ignored by players who aren’t looking to turn their farm game into a CW teen drama. But I am looking exactly for that, so please… give them back.

Rune Factory 4 Special gave some nice insight into the characters with its “Newlywed Mode” and “Another Story” features, but seeing events for your love interest and rival often gives added depths to both characters by allowing you to see how each acts when they aren’t around you, like watching grumpy blacksmith Gray come out of his shell while falling for shy librarian Mary in Friends of Mineral Town. Although rivals were present in older RF games, rival events have never been a part of the RF series—but were a part of the mainline Story of Seasons games (although the remake of FOMT bafflingly removed rival marriages). If rivals make a comeback (and they should), rival events should come with them. 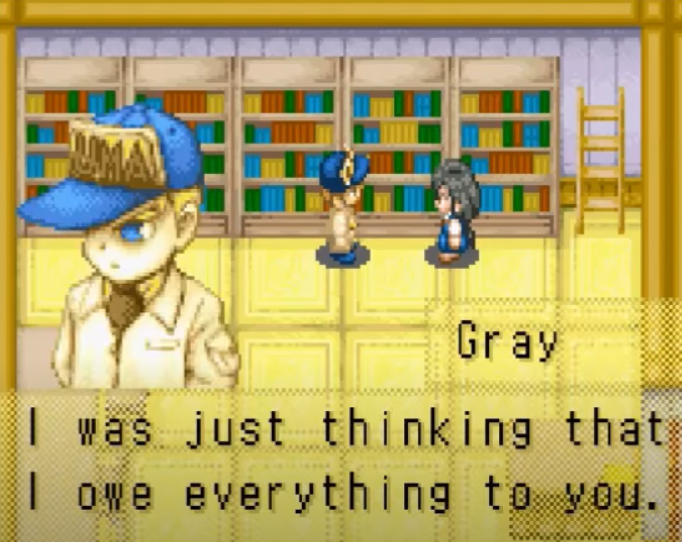 This is adorable, and we’ve been robbed of it.

2. Allows More Content to be Seen in One Playthrough

Similar to the idea of adding depth to characters, adding rival events opens up new storylines. RF4 handled subplots through Town Events, which unfold over a couple of in-game days. However, the only subplots that carry significance are the ones connected to love interests (all love interests have several Town Events that must be seen before marriage unlocks). This means that a lot of content can’t be seen in one playthrough; when playing as Lest, the male farmer, you’ll only see the bachelorettes’ events, and while playing as Frey, the female farmer, only the bachelors’. But, if love rivals are brought back as the eligible love interests for whatever gender you’re not playing, the rival events can be the same when playing either gender, which means you don’t lose content by only doing one playthrough.

Or better yet, give us queer romances like the mainline SOS games have started doing and give us all the content and ALL THE RIVALS AT ONCE.

1. It’s Weird and Sad that All the Rest of the NPCs are Doomed to a Life of Solitude Because the Main Character Got Married

Rune Factory 4 allows you to court every other-gender love interest at the same time—so if you play as Frey, there’s six bachelors for you, and if you play as Lest, six bachelorettes. But no matter how many of them you date, you can only marry one. And then everybody else stays single. Forever. Despite the remaining eligible people. And I know this is in direct opposition to the glee with which I mentioned above stealing brides in Rune Factory 2, but it is sad that the NPCs are all stuck in their perpetual singleness once you put aside your harem-anime lifestyle and settle down. You, the main character, are also the only one to have a kid, during which there’s a five-year time skip where… nobody else does anything or advances their life in any way. Which leads me to believe they’re all pining for the main character. And that’s sad! Like… I’m never going to marry Vishnal, but that doesn’t mean nobody should marry him. Please. He can’t feed himself. 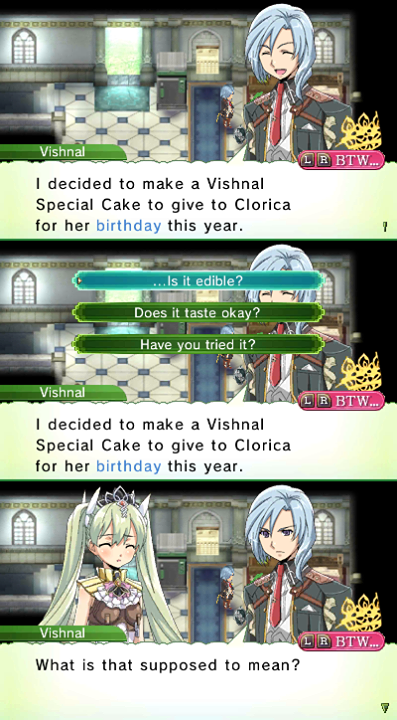