Hello and welcome to GYGO! I’m Kael, your local mythology kid, and I’ve finally started playing Hades. I’m about 20 hours in and so tantalizingly close to my first escape attempt it feels like Zeus himself placed it just out of my reach. I took a break from metaphorically rolling a boulder up to Elysium and gathered this week’s gaming news. Enjoy!

Steam China, a version of Steam compliant with the Chinese government’s censorship policies, launched this week. The global version of Steam used in other countries is available in China largely at the good will of the government, which has not blocked traffic to the storefront despite its ability to bypass government publishing policies. Many Chinese game developers are worried about the release, as it could mark the beginning of the end for global Steam in China. Due to Chinese government policy, to list their games on Steam China developers would have to pay more than 2000 yuan and wait up to 18 months to have it reviewed by the National Administration of Press and Publication before it could be released.

GameStop’s stock dropped below $100 a share this week from a peak of $483, according to PC Gamer. Stories abound online of people losing out big on the investment. Meanwhile, three movies about the Gamestonks movement are in the works, including Netflix and HBO. Congresswoman Maxine Waters is reportedly to have Redditor DeepFuckingValue (AKA Kieth Gill) testify during this month’s SEC Investigation. Gill is credited by Waters as the man who “basically started this mania.” The CEO of stock trading app Robinhood will also join the hearings, and she hopes to have representatives from affected hedge funds and GameStop itself.

The SubReddit that started it all, WallStreetBets, reportedly experienced a coup this week, as inactive moderators reportedly logged back on and removed many current mods from their position. According to former moderator zjz, this was part of a play to funnel incoming movie deals and interviews for profit. Reddit intervened and restored mod status to many of the more recently active mods. This prompted the formerly retired mods to start a Twitter account and claim that they were planning on securing movie deals so that they could donate money to charity, and modernize WallStreetBets for the influx of new members. 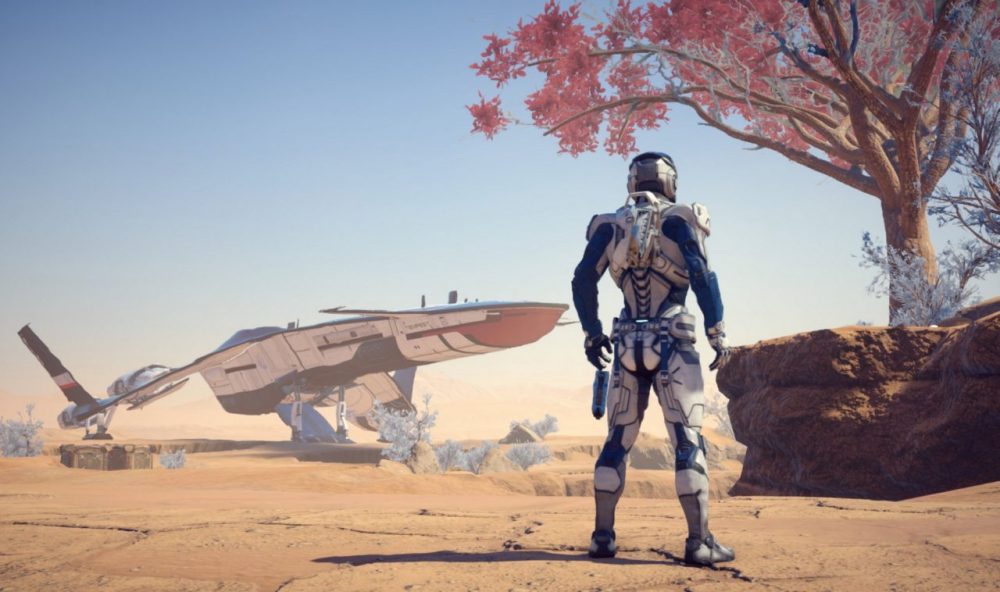 More news about Mass Effect: Legendary Edition this week. Developers confirmed in a stream that they would be entirely remaking the first game in the series, filing down some of its sharp edges and removing some of its quirks, including changing the way the Mako handles when driving around alien planets. Other changes will make combat more in line with the second and third games. It was also announced that the first game’s Pinnacle Station DLC would be cut because of corrupted source code. Mass Effect 3’s multiplayer experience is also set to be missing from remaster experience.

The remastering process for the second and third games may be more straightforward than the first, but there are still some dramatic changes in the works. Devs are making changes to the game’s camera positioning to focus less on female characters’ bodies during cut scenes. They will also further optimize the camera for female Shepard playthroughs, which originally failed to take into account that Shepard could wear a dress when placing the point of view near the ground in cutscenes.

Project Director Mac Walters announced on Twitter that the Mass Effect: Legendary Edition team was working with the modding community to improve compatibility with the new games.

And finally The Mass Effect Legendary Cache at first looks like a collector’s edition of the trilogy—it even comes with a steel case for the game disc. Bizarrely, however, the case is entirely empty. In fact, the cache doesn’t come with so much as a game code that can be redeemed online.

Google Stadia is quitting game development, according to a statement released this week. The platform will still provide game streaming to compatible devices and plans to focus on acquiring third party games. They’re set to directly offer their technology to game publishers, which in my opinion might help smooth the consumer transition to next gen consoles.

The live-action Zelda adaptation (whose announcement leaked in 2015) has been canceled, according to comedian Adam Conover. Conover states that the Zelda Netflix series, and a Claymation Starfox adaptation with CollegeHumor (who he worked with at the time of production), were both pulled following The Wall Street Journal’s premature announcement.

Some might remember the short-lived Battleborn vs. Overwatch battle of the late 2010s. Well, it’s finally over for good, as Battleborn shuttered their servers this week.

The Resident Evil 8 trailer was released and the vampire baddie is nearly 10 ft tall, stirring passions on social media.

Cyberpunk 2077 modders had a scare this week when CDProjekt Red announced a vulnerability in the game’s files that allowed mods to execute programs on the player’s PC. The vulnerability has since been patched.

Apple is working on a VR headset that is rumored to cost upwards of 3,000 USD. The device is still in early development and may face significant changes before it hits the market.

The Prince of Persia: Sands of Time remake has been delayed indefinitely.

Another update from Prince of Persia: Sands of Time Remake dev team: pic.twitter.com/O6OOmYXhOD

Final Fantasy XIV’s newest expansion was officially revealed. The trailer includes a sneak peak of the brand new Sage class, and hints about new locations, including The Moon.

Twitter personality Dril is making a video game that he believes will be “pretty good.”