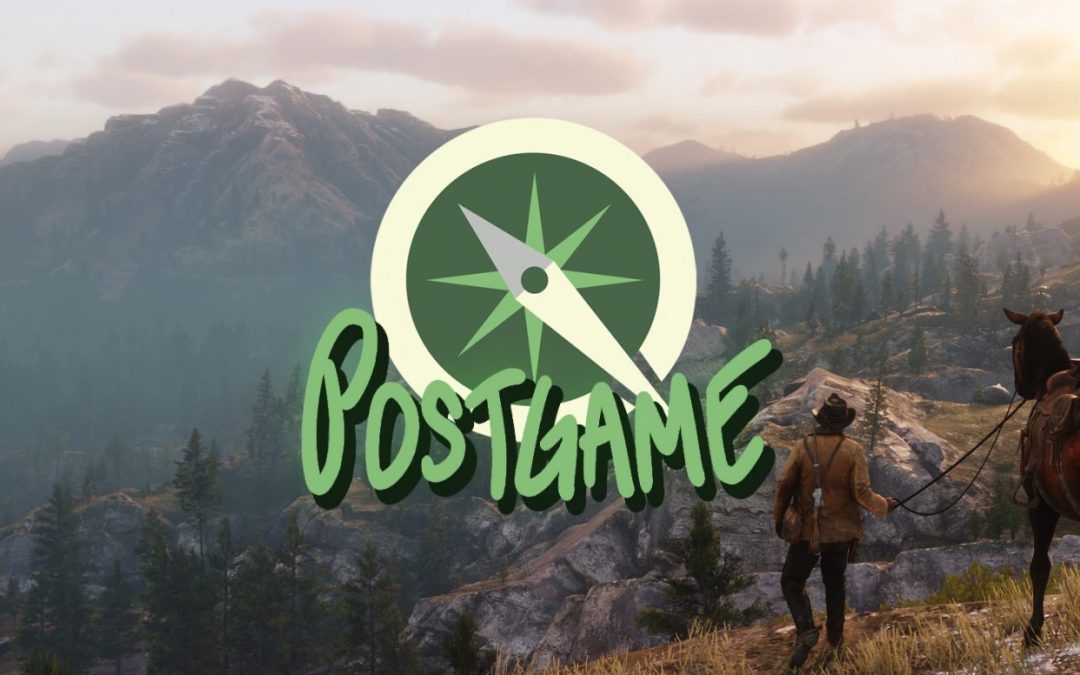 In this episode, Zora, Naseem, and Melissa each lay out two of the games that they feel fundamental or important to 2020 for them in some way. Not our GOTYs, but rather just… important, or interesting, or pivotal games that helped us get through this wild and strange year. We also talk about nontraditional ogres, hyperfixations, and fandom (so, so much fandom).

Zora Gilbert: That’s also the space that Final Fantasy occupies for me—it like absorbed my whole brain when I was playing it, and it had this additional power of unlocking the completely illogical and unreasonable restriction I had placed on myself and my play. And also like, there’s a joy in consuming something not uncritically, but indulgently, I guess. Because again, I can criticize Final Fantasy until I’m blue in the face. But while I was playing it, the game is so huge that it felt like I could allow myself to just sort of sink into it because I knew that there was going to be—you know, even if I was 20 hours in, I knew there were still 20 hours to go. So I wasn’t preparing myself for an ending. I wasn’t adjusting to the beginning. I was just like, “This is the game. I am in it. This is where I live now.” And I think that’s one of the reasons that it can be easier to sink into these AAA experiences than small indie stuff, just because AAA studios have the resources to make a 50-hour game.

Melissa: Because that’s kind of how I’ve felt over the past few years, for a variety of reasons. Obviously, the way that they’re made is bad. And so that that definitely taints the experience. But that doesn’t mean that I am incapable of enjoying them as games, which is kind of how I felt. And I don’t know—I don’t think I played a AAA game that like super disappointed—I guess maybe I started Mass Effect Andromeda and couldn’t get into it. Maybe that’s what kicked this off.

Zora: I mean, I think it’s also worth noting that like, we live in a very—I was talking about this before the podcast with regards to podcasting. We live in a [micro] culture that puts a lot of emphasis on indies, and very rightfully, kind of holds them up as good games, right? Like, a game doesn’t have to have AAA money to be a good game. But that doesn’t mean that if a game has AAA money, it isn’t a good game. And so it can help us to remember that like a lot of the world plays AAA games and they are good. Like, there’s a reason.

Melissa: I think another reason I fell off was just the types of AAA games that people were were celebrating. We’re not we’re not ones I was getting into. This was a big problem for me with Nier: Automata.

Zora: Well, it was like the indie darling of AAA games. People who typically have indie darlings were the ones who liked that game. But it’s like, depressing. It’s very gray. It fucking rules for me, but I didn’t finish it because I got sad.

Melissa: Yeah, it’s one of the things that I want to give another shot later on. But I think there was that one. And then there was like a couple others that were really celebrated for one reason or another, and I tried to play them and I was like, “Eh, I guess I just hate AAA games now. And I am going to hate Red Dead because I don’t like triple AAA games anymore. No, it doesn’t matter that I loved the first one. Obviously my tastes have just changed.” And my husband is like, “Please play the horse game. Please play the horse game.” And I played the horse game and I loved it.