Sneak Peek: Postgame.3 – You Gave the Baby a Knife 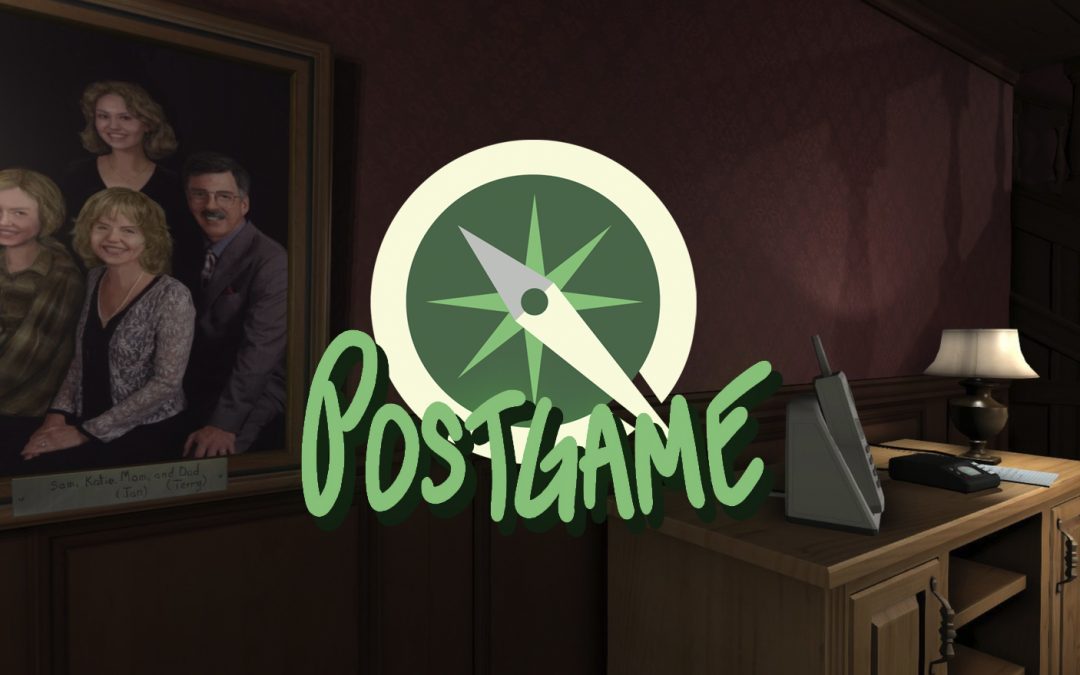 In this episode, we talk about queer teenhood in games and how much queer media has developed over the years—and how it’s shaped by the eras that shaped its creators. We also get in our feelings about community, walking simulators, and, in an unexpected turn of events, tennis anime?

Melissa: [For Butterfly Soup] to let these identities be nebulous and let you kind of explore these different takes on it is really awesome, especially in a pay-what-you-want game, because that means that it’s a lot easier for like, queer teens who maybe don’t have access to super welcoming communities to play through this and see there are different ways to be.

Naseem: Yeah, and especially thinking about any queer teens of color approaching this game and seeing that. Yeah, it’s very accessible. The way that it talks about things is not like, “Here’s what it means to be queer!” which I think was a big problem when I was growing up, like I said. I think it’s really only the last maybe five years where capital-D discourse around queerness—that I am tuned into now that I was not tuned in before, to be fair—feels like it’s talking about these things as not being so boxed up. And so for—I can imagine, you know, a teen me or a tween me picking up this game and being like, “Oh, oh, this character is not sure whether or not that she’s gay because she has a crush on one girl—who may or may not be a girl—and has never experienced that with other with other girls.”

And I think that, if I had seen something like that as a kid or as a teen, it would have completely changed my perspective on queerness in a way that wouldn’t have taken me until my early 20s to come out. Not that I like, hated myself and was closeted, but when I first realized I had a crush on a girl, I was like, “Oh, I’m like 23 years old. And I know I actually have feelings for this girl. I don’t know what to do with this information. Oh, no. Oh, no.”

Zora: You talked earlier about them being much more open than you remember in 2008. Are they—is there an element of coming out in the game at all? Or is it just like, fairly self-actualized, unsecretive identity exploration?

Naseem: For one of the characters, she comes out to a friend who’s another one of the four main characters, and who is just like, “Yeah, I’m bi. That’s why I flirt with you all—like I flirt with everybody, but also with you.” And she was like, “Wait, I thought you just liked flirting.” She’s like, “I do!”

And so, you know, for Diya this is a moment where she comes out to a friend and she’s like, “I don’t think my best friend will understand.” Her best friend who was also queer, but it’s never confirmed in the game that she’s queer. But the creator talks about all of them being gay, although one is bi, but whatever. We’re all gay.

Zora: Where does the creator talk about that?

Naseem: She talks about it in advertising, actually. It’s advertised as four gay girls. And then sometimes in parentheses, “Actually, one is bi.” And the last character who’s not confirmed as queer for me actually came off as kind of aromantic based on the way that she talked about relationships. I was on the Butterfly Soup Wikipedia or Fandom-pedia or whatever, and apparently the creator, Brianna Lei, talks on Tumblr or something about like, “Oh, yeah, no, like, Noelle gets together with so and so.” Apparently it was something that she was planning. And I’m curious whether in a sequel, which will come out before 2025, apparently, whether more discussions of that will come out. But yeah, there’s not a coming out—like there’s no coming out to the parents. And there’s not a formal—like Diya never tells Noelle, like, “By the way, I am queer.” It happens. Like Noelle just knows.