Review: Replica Says a Lot But It Says Nothing Unique 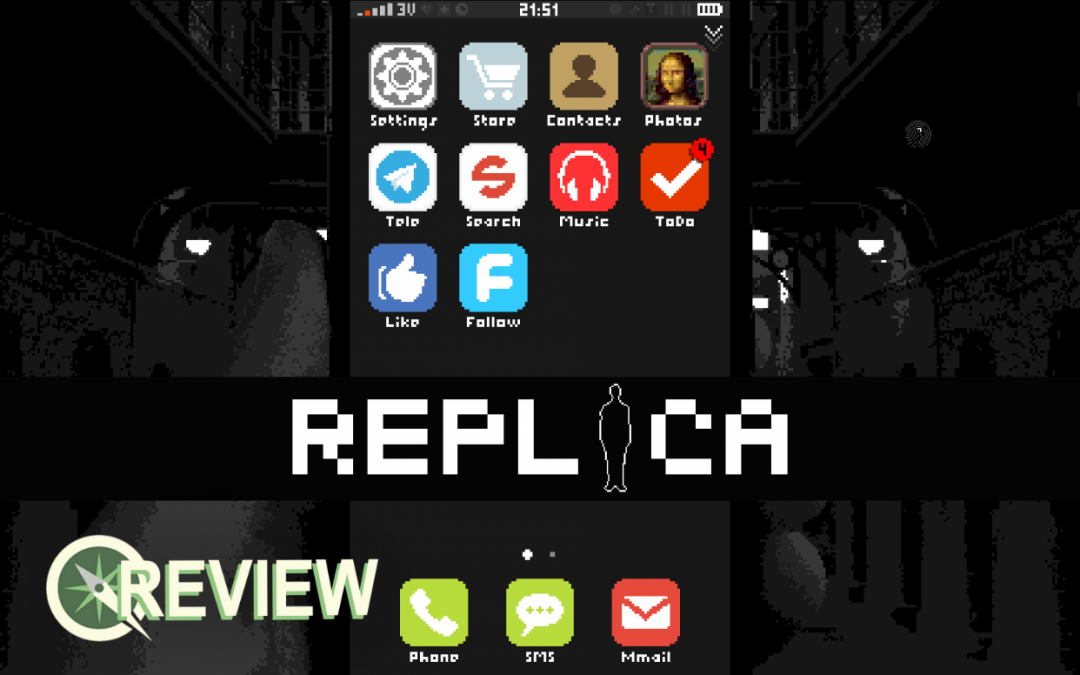 Homeland Security is requesting that you investigate the phone of a suspect who has allegedly conspired to work against the government. By perusing through the owner’s personal records, messaging history, and social media accounts, you must collect enough information so that authorities can properly implicate them in a recent terrorist attack—but should you? The choices you make and your willingness to comply will either make you out to be a loyal patriot who the authorities can trust or another dangerous traitor that must be put behind bars.

Sidequest received a free copy of Replica in exchange for a fair and honest review. This review also contains minor spoilers for the game. Replica was originally released for the PC and Mac on July 11, 2016; this review will specifically cover its recent Switch port.

Replica is similar to other Orwell-inspired, surveillance-based titles like the widely acclaimed Papers, Please and Orwell games, and more recent riffs released this year like For the People and and Do Not Feed the Monkeys. Taking place in a deeply oppressive society where dissidents must be silenced and shackled at all costs, Replica puts you on the side of the heavy-handed authorities. With the promise of multiple endings, whether or not you entirely follow your point of contact’s orders is up to you.

Replica is an “interactive novel” with gameplay that entirely revolves around navigating and reading information from within a smartphone. With a UI designed to make it look like you are holding the device, you tap or move a cursor around to select specific pieces of text based on what your point of contact is asking of you. For instance, one bit of information you must identify is the phone owner’s name. You can easily find this in the contacts, which is how that typically works in most phone operating systems. The real first task, however, is to figure out how to unlock the phone to begin with. You can choose to follow your point of contacts linear requests or go completely off-script, especially if you’ve played the game before. Each playthrough is decently short—under an hour of playing time—so the game encourages multiple playthroughs!

Replica uses a deliberately low resolution, pixel-based art style that creatively mixes real-life photos and pastiches of logos and social media interfaces. This recreation of familiar real-life visuals, in conjunction with its first-person format, reminds you that this alternate reality could very well be a version of our own.

In 2016, I could have said Replica’s explicit political commentary on an authoritarian state is daring, but the saturation in the games market of pretty much the exact same topic with similar mechanics—decoding Big-Brother-like technology—now just makes its messages come across as dull and severely shallow. Of course, this is not to say this topic is overdone, but games since Replica‘s initial release have conveyed the genre much better.

Despite mostly depending on a text-based narrative, Replica’s writing is actually one of its weakest points. Although it has such a strong concept and many historical sources to pull from, the game’s conversations tend to turn into something tonally cartoonish and awkward. 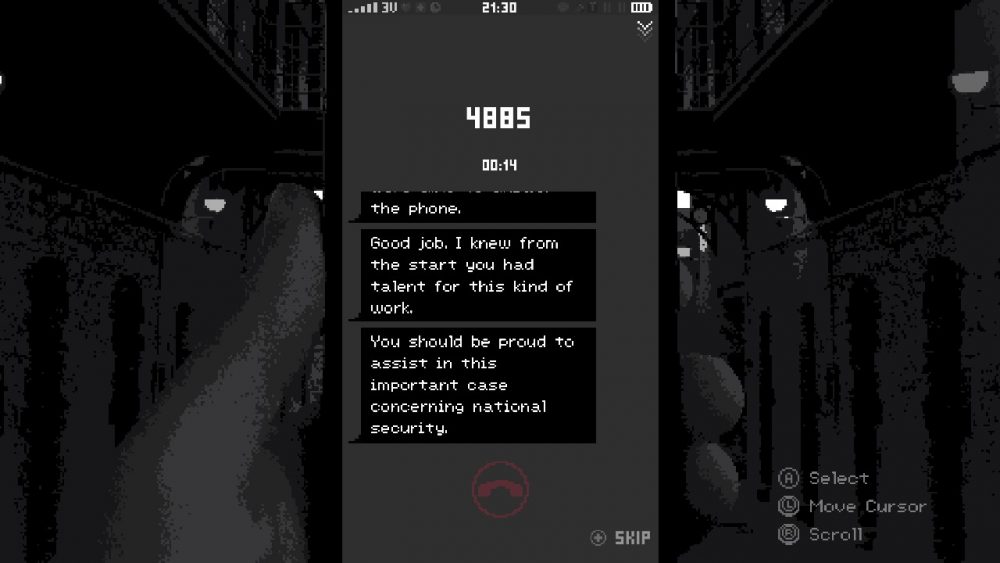 At times, the script just reads as downright humorous. Your point of contact acts and talks like a fascist villain stereotype from a children’s cartoon, where they must be explicitly spelled out so that the audience knows for sure they are evil. They call you things like “loyal dog” to your face (well, through the phone’s text messaging system) and express utter glee at the prospect of torturing suspects. They sound deeply unbelievable in the game’s attempt to over exaggerate who the bad guys are, so any choice you take in trying to work against Homeland Security is hardly nuanced. They might as well be monologuing their diabolical plans to take over the world with spooky sound effects in the background. There are definitely times where the game is intentionally funny, but in these other instances, I cannot tell if something is to be read as scary or threatening—it is just poorly conveyed.

Replica also struggles to know what it wants to do with the player’s agency, which breaks immersion. At some point, you find out you are playing as a young man named Tom and you can slowly discover more details about who he is. Throughout the game, Tom responds to the contact with his own opinions and you, the player, often have no say in any of these discussions. The player can steer the game through their choices about how to disseminate and select information in the phone, but not through the dialogue itself. Does Replica want you to be Tom, or is Tom his own person?

For a port that’s come out several years after its initial release, Replica also had a few stray typos and game-breaking bugs, such as a few breaks in the UI and text. This is a huge oversight, especially for a game this short in length.

Replica was developed by Somi, a one-person team who later developed a similar game called Legal Dungeon, in which the player must review police reports. Somi has also more recently developed The Wake: Mourning Father, Mourning Mother, a game more closely drawing from his personal experiences and references to Korean culture. With Replica, Somi considers these three games to be part of what is known as the “Guilt” trilogy. Each of the games is centered around an observer who invasively looks through sensitive and personal information in order to develop moral opinions around what they discover. 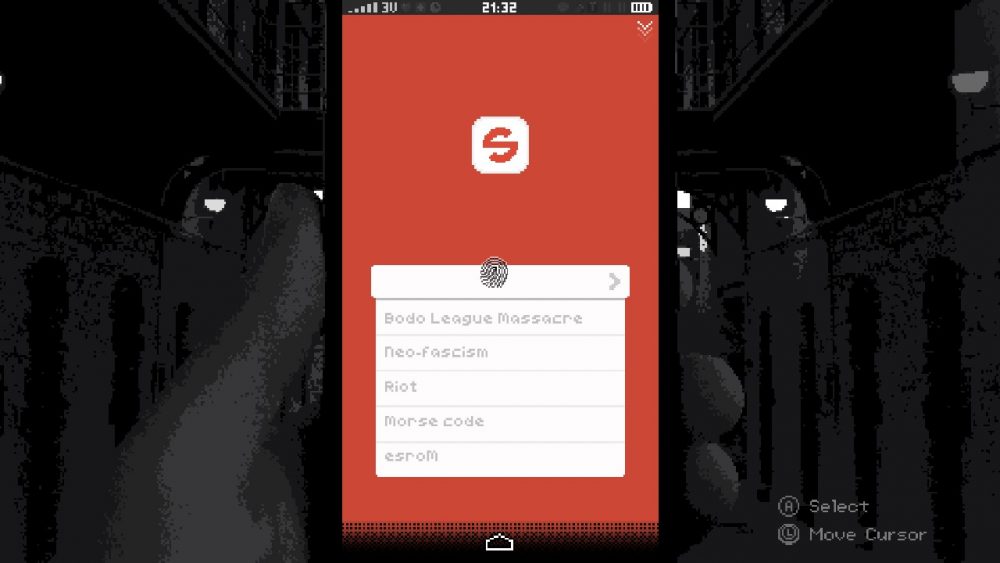 Any game designed with a small team and limited resources—and especially by a sole individual!—is an impressive feat. Somi has since developed other titles that are definitely worth exploring. However, Replica, with its unique set of flaws, unfortunately cannot compete with other games that send the same messages with more polish. Some games are made to withstand the tests of time, but Replica is not one of them.