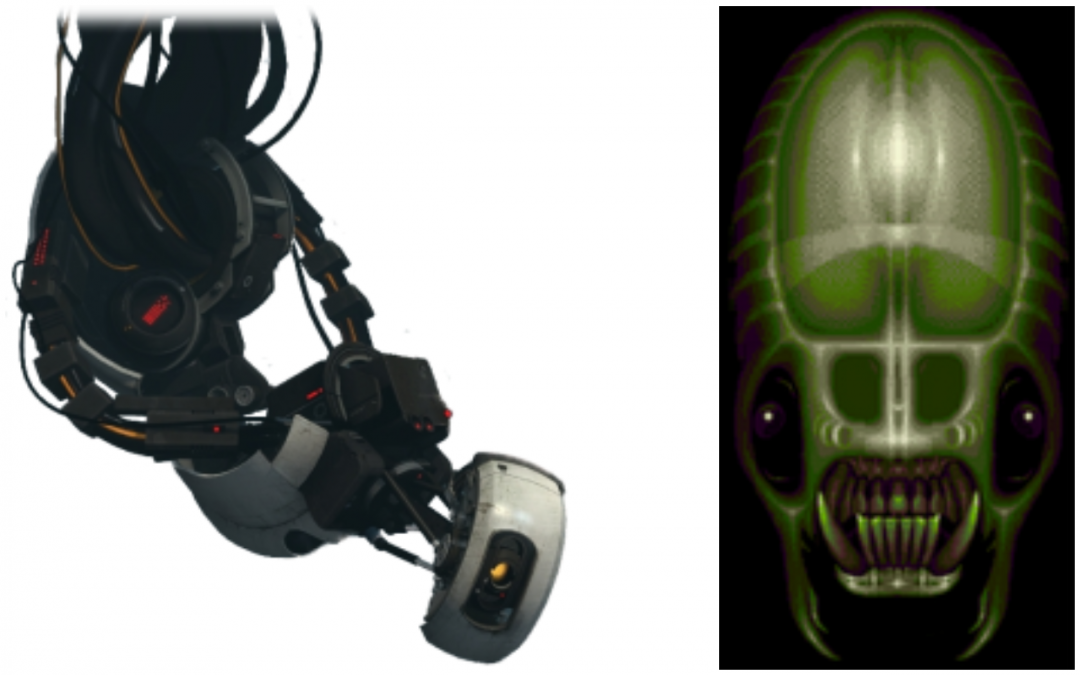 When I was a young girl
—the part of her past a villainess
inconveniently forgets, unless she remembers
all too well—I imagined
the grocery store aisles jammed
with pixelated enemies and projectiles
like in Paperboy, checkerboard floor winding
a path through the level for this hungry heroine.

Now the graphics are sharper,
incremental improvements, enemies faceless no more.
I push the cart around an endcap
and nearly mow down GLaDOS and the Vortex Queen
side by side, ever the obstacles.

(Cake mix and dolphin-safe tuna
in their baskets. Such lies.)

I gawk from AI to alien,
reputations writhing in my mind…

One too passive-aggressive, the other too lacking any passive.

One verbose, one nonvocal.

consumed with power and consumption,
exploiting hunger, theirs or others’.

Each a maw in her own way,

both gaping, although that may be
their sole expression.

And then they part
to let me through.

Bosses have wronged me before,
but I hold out hope for second chances
—lest I become a villainess, too—
hope for belated lifting of next generations,
or, at the very least, moving out of the way.
Incremental improvements.

I nod my thanks as I pass by.

(And maybe the contents of their baskets
weren’t such lies after all.)