By Night Studios Provides the Vampire-Themed Bath Bombs We Deserve 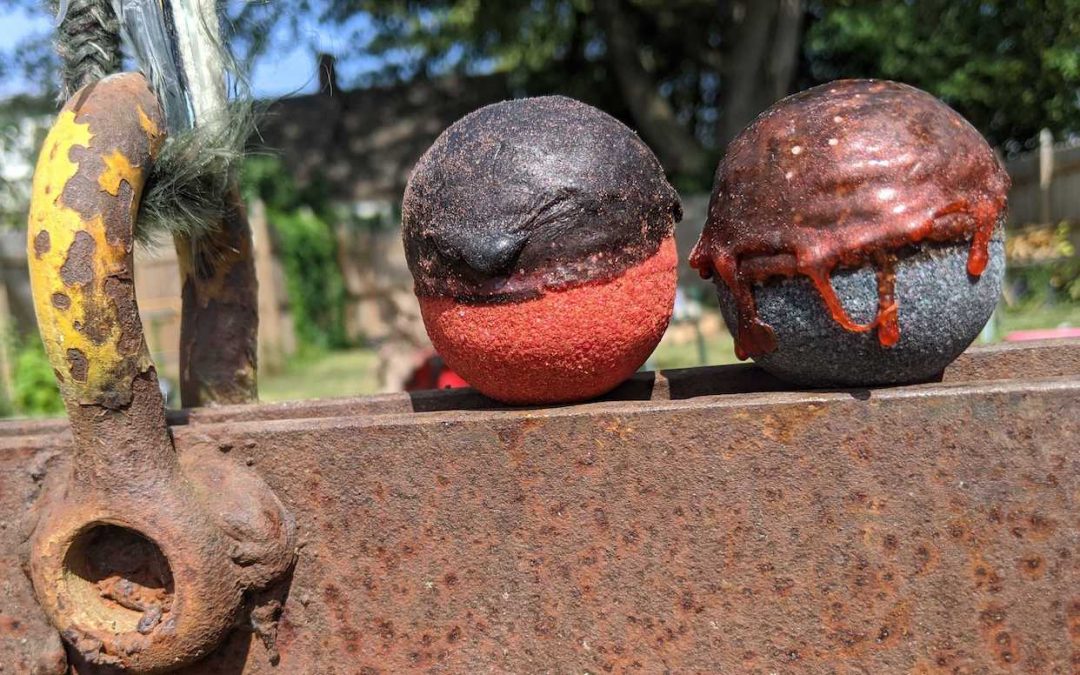 When I got the first promotional email that By Night Studios was introducing a new line of bath & body products, I was… surprised. You see, BNS is already a very important company in my life. They’re responsible for the Mind’s Eye Theater branch of White Wolf’s classic World of Darkness setting. I know, the White Wolf licenses are confusing, but Mind’s Eye Theater essentially covers all the Live Action editions of games you know and love—Werewolf: the Apocalypse, Changeling: the Dreaming (which just had a new release come out), and most importantly, at least to me, Vampire: the Masquerade.

The items mentioned below were received for free in exchange for a fair and honest review.

But the more I considered it, the more I think these are the bath products 2020 needs. I don’t need to tell you that times have been challenging lately. I’ve previously written about how games like Beat Saber and Animal Crossing have been helping me, but let me tell you, Vampire: the Masquerade is one of the major ways I have been coping with stress in my life. I know it sounds kind of silly to call the World of Darkness an “escape” because it’s so much darker than the real world, even in the darkest timeline that we seem to be living through now. But when I’m Owen (my anarch Tremere), I’m not Jameson. And Jameson’s life has been tough lately, so sometimes it’s good to not be them for a while. Jameson’s problems plague me at night when I’m trying to sleep. Owen’s problems, though objectively worse, feel like challenges to overcome and emerge from, in glorious victory.

Okay, but what does this have to do with bath products, I hear you asking? Bath bombs, I must admit, are another way I cope with stress. There’s a reason why they’re so popular! Getting into a hot bath, soothing my tired muscles, the fizzy water making my skin soft… it makes me feel relaxed. But in this, the year of our Lord Byron 2020, I need more than just to feel relaxed. I need to feel powerful.

That’s where the BNS bath line comes in, allowing me to bathe in the blood of my enemies. (I’m not kidding; they literally have bath bombs called “The Blood of My Enemies.”) And when I’m lounging in a hot, deep red tub of what we’ve decided to pretend is blood—and I’m a LARPer, so I’m good at pretending—I don’t feel like a mere human, railing desperately against the unfairness and injustice of the world we live in. For a few minutes, I really feel like my Tremere, enjoying a moment of luxury and rest after a hard-fought, well-won battle. When the water from the “abyssal” bath bomb bubbles black around me, for a moment, I really feel like I have the infernal power to summon a demon to aid me in my conquest. That’s the kind of energy I need to sustain me as I continue to fight my way through 2020. 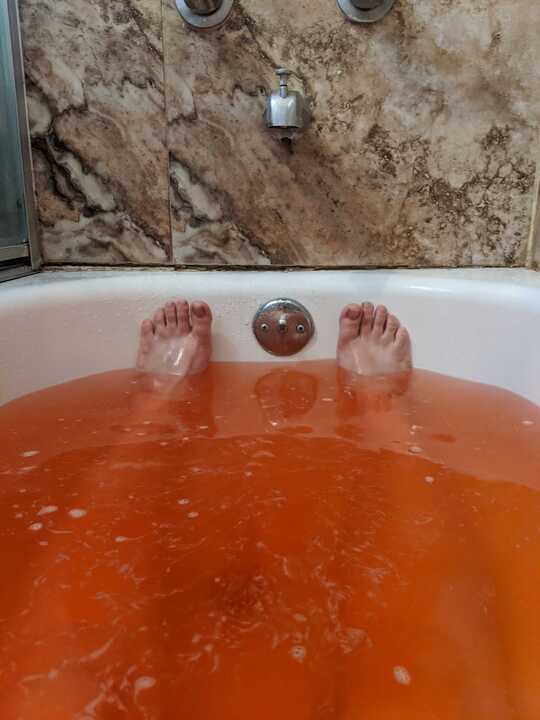 The bath bombs themselves are vibrantly colored and smell very nice, in a warm, slightly spicy way. The two Vampire themed ones that I’ve referenced—Abyssal and Blood of My Enemies—look very nice as a matching set. I really love their rich red and black colors, which really did make me feel a certain sort of powerful. (Plus, the blood of my enemies doesn’t even stain my bathtub red, which is convenient!) I was particularly tickled by the way they look when you first drop them in the water—when the dye first starts flowing, before they really get going, it really does look like drops of blood (or smoke) diffusing aesthetically in water. (These two scents have actually been renamed Sunless Sea and Kindred’s Kiss, but they appear to be the exact same product.)

The main feature I want out of any bath bomb, or indeed any bath product, is for it to make my skin feel smooth and soft after I get out of the bath, and these live up to that expectation. Both Abyssal and Blood of My Enemies have a hard glycerin “dip” on top. This extends the life of the bubbles, since the glycerin doesn’t immediately melt in water the way the bath bombs do, but I liked it mainly because it felt particularly silky on my skin. (They also have a line of more traditional Changeling themed bath bombs, in brighter color combinations and without the hard glycerin.) As someone with particularly sensitive skin, I did wish that I had rinsed off right after my first bath, as I felt a little bit itchy later—although still soft! (The second time, a brief rinse mitigated any subsequent itchiness.) 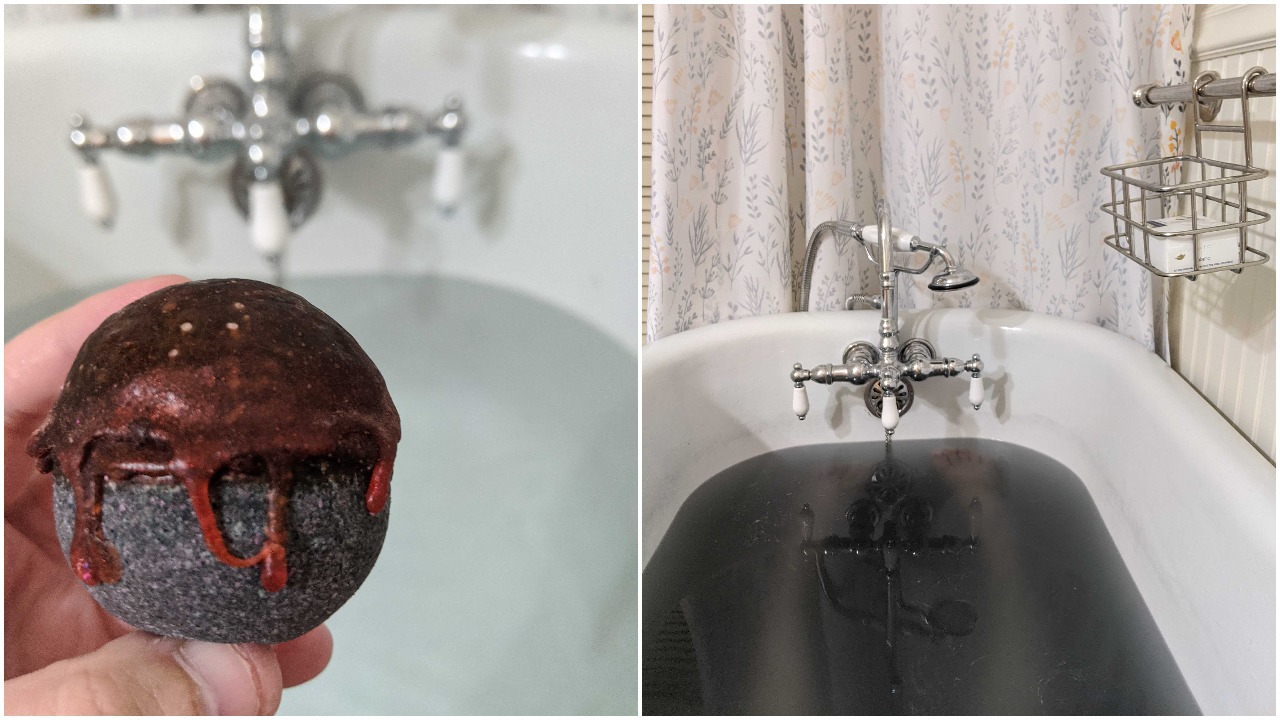 I’m also particularly fond of the bath oil they sent me, also called the Blood of My Enemies. The oil doesn’t color the water like the bath bombs do, so it didn’t make me feel quite as powerful, but it made my skin so soft. I still felt softer than normal several days later. (In fairness, I accidentally used way too much, about half the bottle. A third of what I used would have sufficed. Don’t waste it like I did!) It also looks really cute in its little glass decanter, like I’m really storing the blood of my enemies on my shelf in style. I found that after letting it sit for a while, the red settled to the bottom and the oil turned a weird color, but after a good shake, it went right back to that vibrant red. 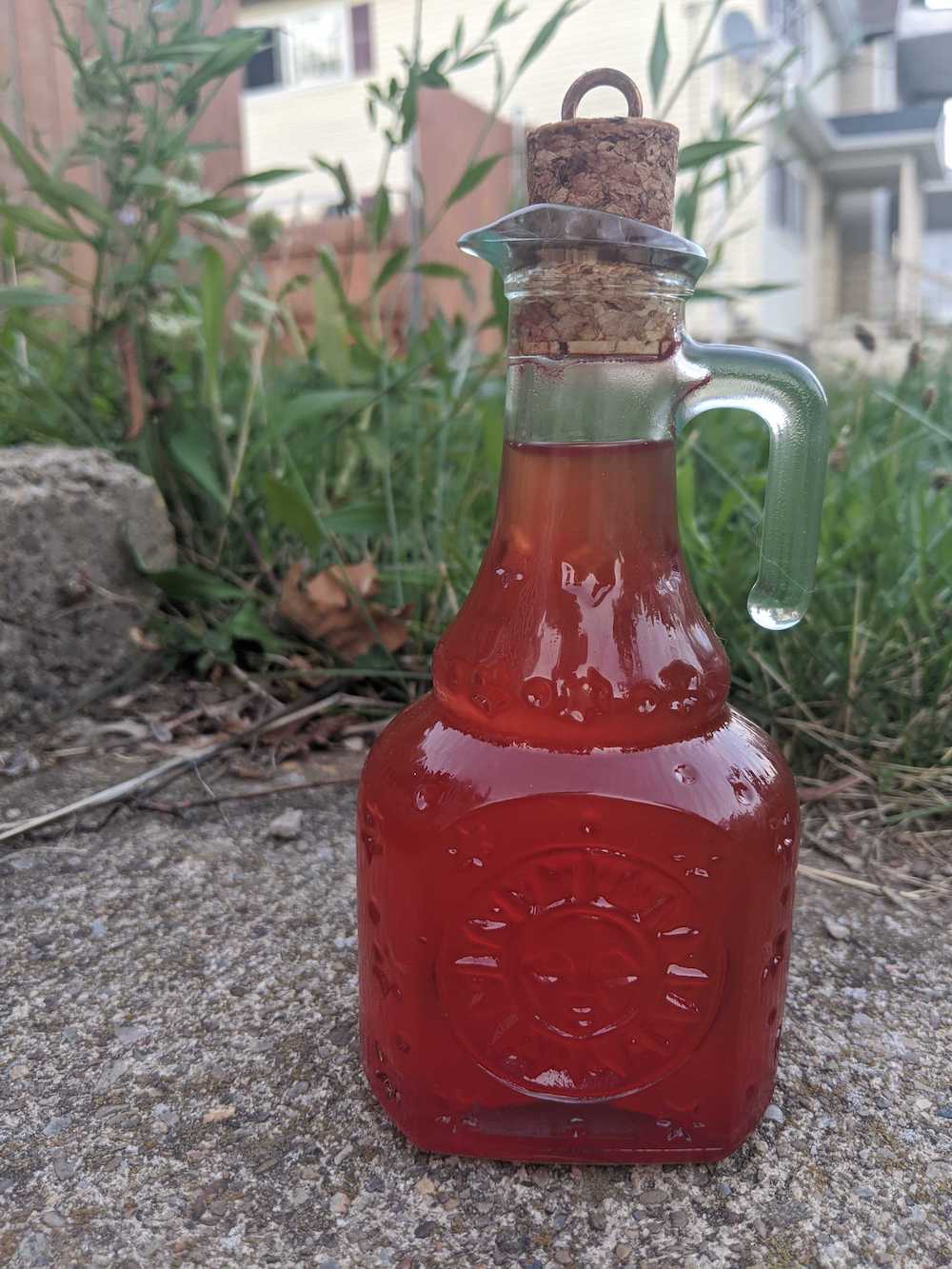 And the bath and body line isn’t the only branching out BNS has done in the merchandise department lately. Earlier this year, they launched an extensive Pride store, where you could get t-shirts, blankets, and mugs in nearly every combination of pride flag and Vampire clan that you could think of, in case you’re like me and would like to announce to the world that you’re a Tremere demiboy. (Unfortunately, the pride store was temporary and is closed now, but I’m hoping it will open again next year, as it seemed like a fan-favorite!) Various types of jewelry are also for sale on the BNS store now, from the seals of Solomon to tiny bottles of holy water and green absinthe. It’s not the kind of jewelry that I’d wear on a daily basis, but it would be great for costumes and character inspiration—I could base an entire necromancer character concept on the necklace they sent me, with its little skull and mysterious black liquid. 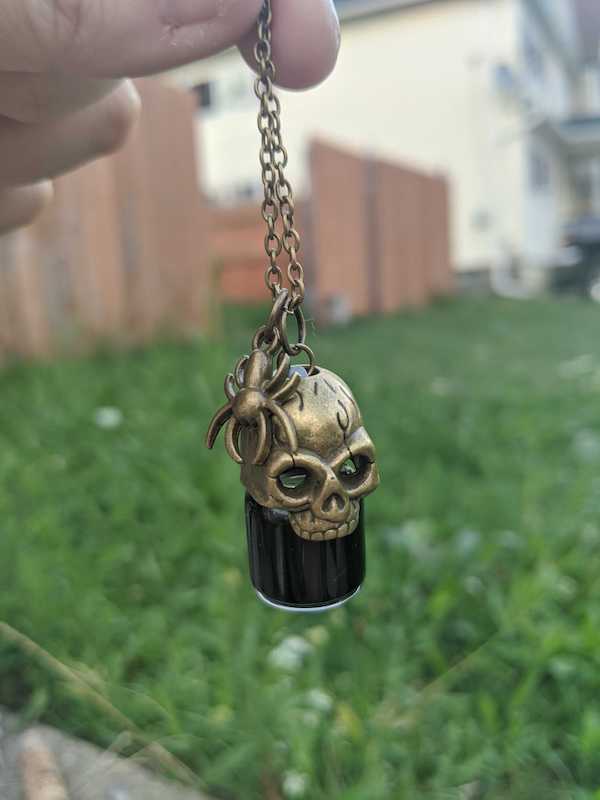 Now I just have to decide, should my necromancer be a Giovanni or a Cappadocian?

Are bath products a weird choice for a gaming company that specializes in gothic horror? I would have to say objectively yes. Am I unironically here for it? Absolutely. In these tough modern nights, we all deserve to feel pampered sometimes. For me, it turns out that means spending a night feeling like an immortal creature of unknowable power. I appreciate that By Night Studios understands my needs—and I’m looking forward to what other kinds of unexpected merch they’ll dream up for us in the future.