Don’t Leave Luck to Heaven: The Small Secret Feature that Altered the Spirit of Animal Crossing 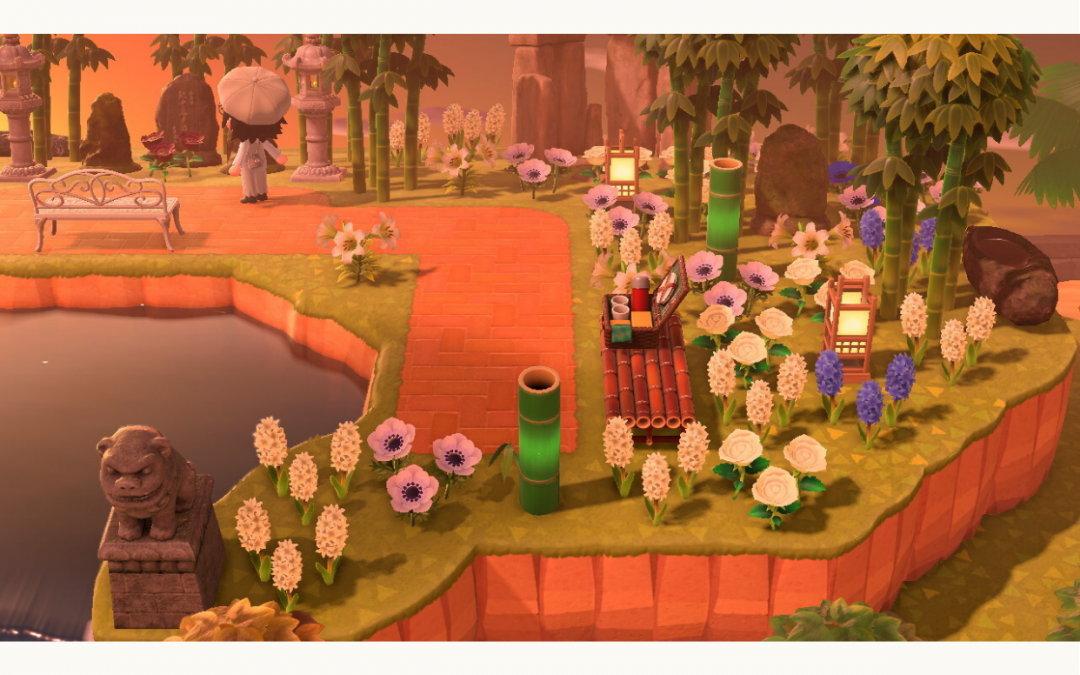 Randomness in games is often talked about purely in terms of strategic cost-benefit analysis. Random number generation (RNG) is good when it is fair, or used in procedural generation processes, otherwise it is bad and must be avoided. But randomness can also be aesthetical a la aleatoric art—pardon the tongue twister. Celeste‘s gameplay is wholly deterministic, which is a part of why speedrunners like me admire it, but in actuality it uses RNG for its various particle effects. One game series which uses RNG in both a mechanical and aesthetical way is Nintendo’s Animal Crossing, and not only in its island-creating algorithm.

In his 1958 book Man, Games and Play, French intellectual and noted racist and sexist Roger Caillois proposed four categorizations of games: Agon (games of skill/competition), Alea (games of chance/randomness), Mimicry (games of performance/simulation) and Ilinx (games of vertigo/disorientation). These also exist within or can contain a continuum from structured rule-based play (Ludus) to improvised freeform play (Paidia). It’s easy to see how Alea applies to Animal Crossing as I’ve alluded to, as well as Mimicry, both in the Ludic sense of being a life sim and the Paidic sense of being a dress-up game. Agon becomes relevant when speedrunners play the game, and even Ilinx could apply if one plays Animal Crossing: New Leaf on 3DS and is sensitive to the stereoscopic effect. What’s most interesting however is how a game that appears Paidic on the surface is actually quite Ludic under the hood, especially as it pertains to luck. 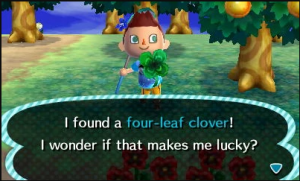 Animal Crossing’s set of luck variables can either have a positive or negative effect on the bounty of item drops, NPC relationships, and even the movements of hazardous creatures. While it cannot be completely controlled, it can be gamed either by wearing lucky clothes or by using the Feng shui system. Feng shui in AC is very loosely based on the Chinese concept of harmonizing people with the environment they live in, and it involves placing furniture in the main room of one’s house in specific areas—usually against a wall—according to the color of each piece (either yellow, green, red, orange, or a combination) for a maximum of 184 points. While this presents a sort of spatial puzzle, the game is lenient and has a workaround in the ability to customize the appearance of furniture and thus its color classification. Some items themselves are considered lucky, serving as agnostic products that can be placed anywhere and still earn points. Subsequent entries also removed the “orange area” along the North wall, likely because it’s the least commonly occurring of the four colors.

What’s interesting is how Feng shui exists in partial contention with the game’s more formalized rating system, the Happy Room Academy (HRA). In an excerpt from the book Persuasive Games, author Ian Bogost sees the way the HRA operates as the game encouraging consumerism—turning one’s basement into storage space for the purpose of keeping up with fashion trends. However, according to some sources, the HRA score can also be raised through adherence to Feng shui, suggesting that such notions are immaterial to the larger forces at play. This pseudo-spiritual quality is something Bogost himself notices in the disembodied sage advice of the wishing well, yet the way Feng shui is used is less godlike and more zenlike. As Rainforest Scully-Blaker notes in a paper for the 2018 conference of the Digital Games Research Association (DiGRA), New Leaf is filled with chairs, benches, and other stoops which encourage the player to engage (or perhaps disengage) in the meditative stillness of sitting idly by.

In the ’80s and ’90s, Nintendo of America was known to eschew religious symbols such as bibles and crosses in their games, or even opt out of localizing entire titles such as Shigeru Miyamoto et al’s Devil World. When religion does come up in Nintendo games, it is usually through the lens of antiquity or a fictionalized pantheon, as is the case with the goddesses of Zelda and Kid Icarus (at least they tend to read this way to a Western audience). However, Japan’s two major religions are Shinto and Buddhism, which are rarely reflected by Nintendo itself save for the Ancient Cistern in Skyward Sword and the gates the player flies through in Star Fox which were inspired by the Torii gates of the Fushimi Inari-taisha shrine in Kyoto. So to see some of the tenets of Eastern religions (broadly speaking) not only referenced but put into practice is a fascinating prospect, even if it’s as shallow as the pseudo-ritualistic placement of objects. 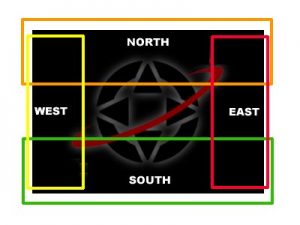 The four walls of Feng shui in Animal Crossing

None of this is to take a procedural stance (in the Bogostian sense) and say that keeping Feng shui is the sole valid meaning or purpose of place-setting in Animal Crossing. It’s never taught in-game or in-manual, so most players either won’t abide by it or will only do so incidentally and probably not notice. Information about the system was initially disseminated through online guides shortly after the GameCube version’s release in December of 2001 in Japan and September of 2002 in North America, some of which contain inaccuracies or speculation. This suggests that it’s unlikely Feng shui was found through the analysis of source code but rather transferred via word-of-mouth, perhaps from a source within Nintendo.

Despite RNG manipulation being a valuable tool in speedgames like Pokémon, changing one’s luck in Animal Crossing has no bearing on any speedrun category because 1) it would take too long to set up, and 2) relying on random events isn’t the most efficient way to complete tasks. So while luck and Feng shui interface with Agon, Alea, and Mimicry, no one mode of game is dominant, making AC highly “Ludopaidic.” The rules of the game are set in stone, but like wind, water, or the trampling of flowers, the path one carves through it is left to the player’s discretion. In the recent Animal Crossing: New Horizons, it’s currently unknown precisely how luck works, but what is known is that Feng shui no longer has a direct effect on it and only slightly boosts the rating of the HRA equivalent Happy Home Academy as taught in the Official Companion Guide; a sad loss of a really cool and inspiring hidden connection.

David R. Howard is a writer from Southern Ontario, Canada. They can be found on Twitter @rhombical.