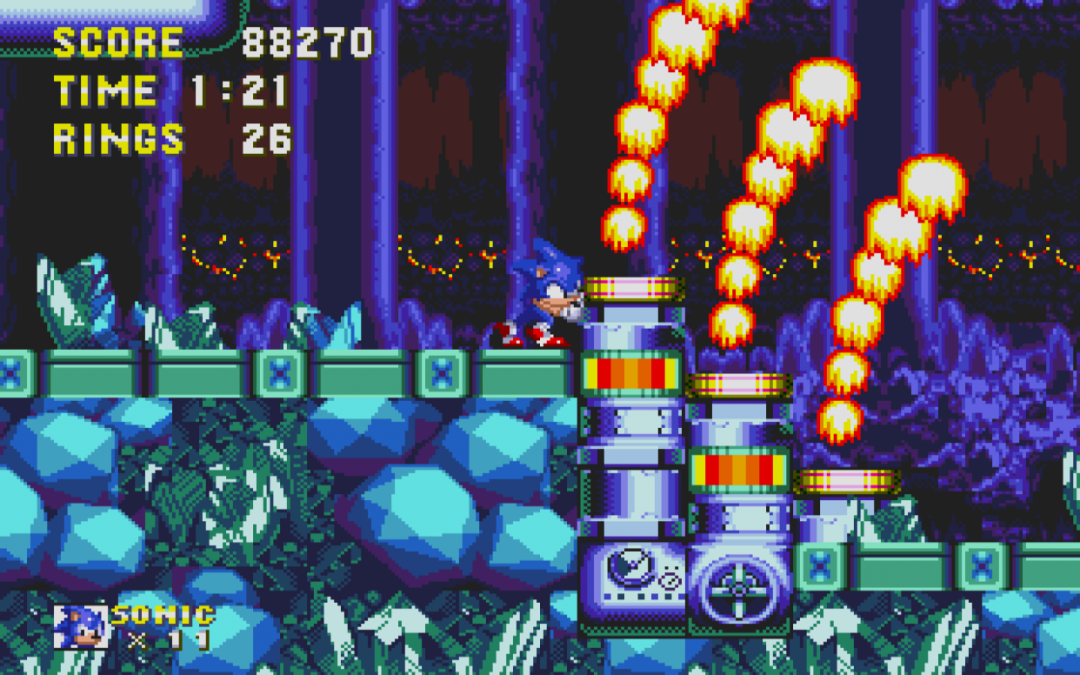 your temper, like Lava Reef Zone Act 1
my heated response
our words of ruthless rock, tyrant lava
I hold my breath for our cooldown to Act 2
magma singing the blues
and indigos and aquas
breathstealing
frozen flowstone and drapery
iced tower cones and cave pearls
not too frozen frostworks
distant perspective of endless cavern
which wouldn’t be quite so beautiful
without a few fire geysers
hissing from the ice