Game Enjambment: That One Time I Drank the Potion from Super Mario Bros. 2 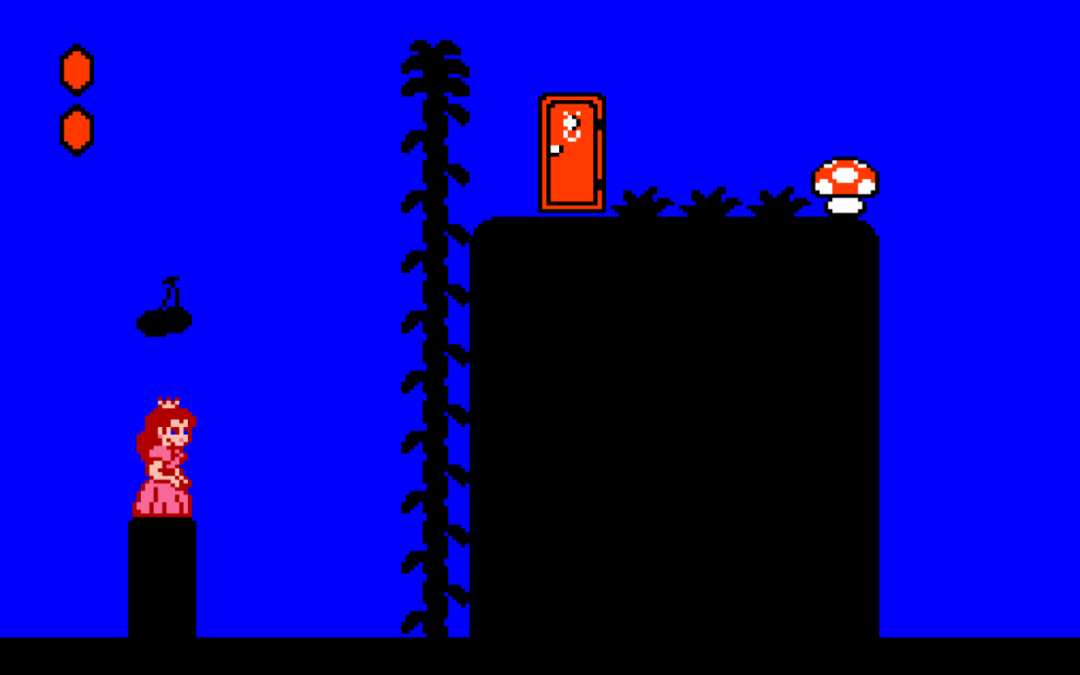 It’s a dream world, so I thought What the heck.
Don’t throw the Shirley Temple science lab flask
sprouting from a ruddy tuft of grass.
Don’t go to Subspace within Subcon
for a few cherries and coins
and the odd mushroom.
For once, instead, make like
this is Wonderland and
Drink Me.

Its taste:
cherries and coins
and the odd mushroom.

Its texture:
rubber bands snapping in my throat,
coins spinning down behind my breastbone,
palm trees teetering in my stomach.

Its effect: A doorway sprang open
in me, an inward passage of my innards
to that alternate
dimension. I closed my eyes,
finding dusk blue sky,
black silhouette,
negative afterimage
of not-me
or too-me.
I opened for a scream,
mouth widening,
doorway closing,
palm trees lurching,
eyes glued shut
on that narrow twilit interior world
until I found myself
expelled back into normality.

Sevenish seconds of
off-color introspection
didn’t boost my life or grant me magic.
May have done the opposite in fact
(so typical for a mirror world).

I prefer to travel my whole body places,
use external receptors, throw the flask after all.
Better to step through a distorting doorway
than open one within. Better warping surroundings
than a warped sense of self.