Greenlight This, You Cowards: Let’s Go On Dungeon Dives with Dungeon Wives 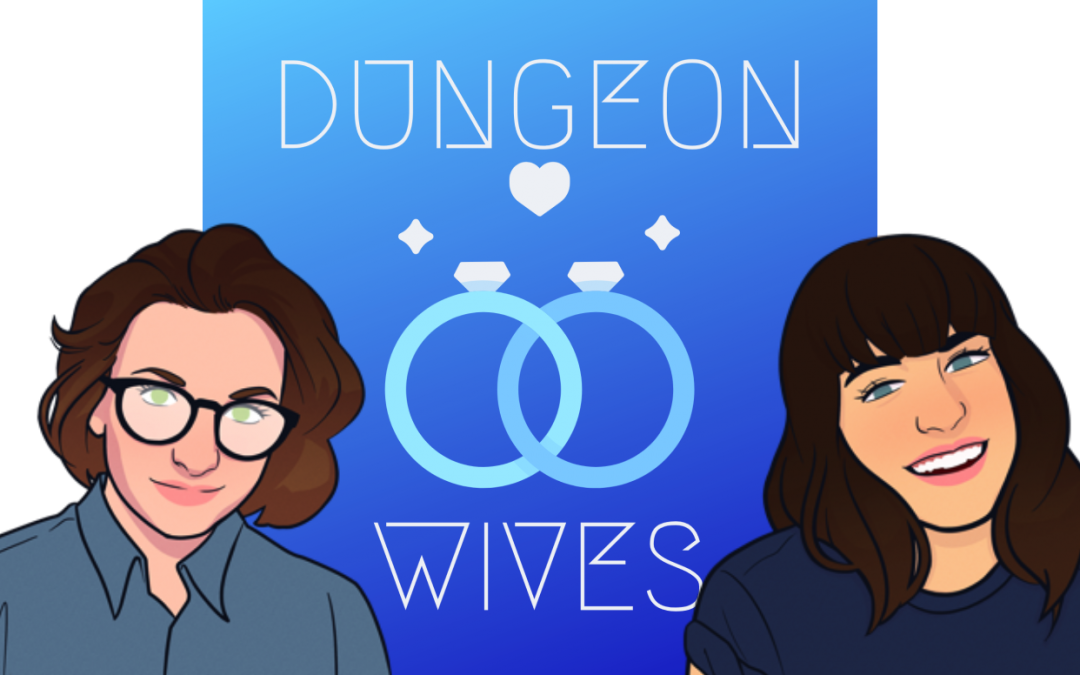 Welcome back to Greenlight This, You Cowards, where we talk about our favorite TTRPG podcasts and how we’d love to see them adapted into other media! In previous installments, Alenka talked about why Queer Dungeoneers should be an animated fantasy show and Dames & Dragons should be a dating sim. Today I want to talk to you about one of my favorite new shows, Dungeon Wives, and why I want to see it as a cozy, cooperative exploration platformer reminiscent of Terraria.

Unlike a lot of TTRPG podcasts, Dungeon Wives eschews a full cast in favor of an intimate two-person show. McKenzie and Rachel are the titular wives (well, not legally, but who’s counting) and this dynamic is really what makes Dungeon Wives stand out. Every episode is a one-on-one session between Rachel—playing the tiefling druid Alkyone—and McKenzie guiding them as the Dungeon Master (and Alkyone’s destined love, the cleric Alexandrite). Their relationship turns Dungeon Wives into a celebration of sapphic love—whether it’s the relentless teasing as Rachel constantly upends McKenzie’s expectations for a scene or the shy flirting between Alkyone and Alex.

A Terraria-esque setting is the perfect place for Dungeon Wives to shine. The low-pressure nature of the game’s sandbox gameplay gives the player permission to linger and savor the little moments, or explore the deeper lore. With a smaller focus on crafting and building and a heavier focus on character and world-building, players can take their Wives on an adventure of discovery and slow-burn romance. Terraria is a game that can be a good time when you play it alone, but when you play it with a partner it becomes exponentially more fun. That’s the precise energy that Dungeon Wives should strive to emulate in video game form. 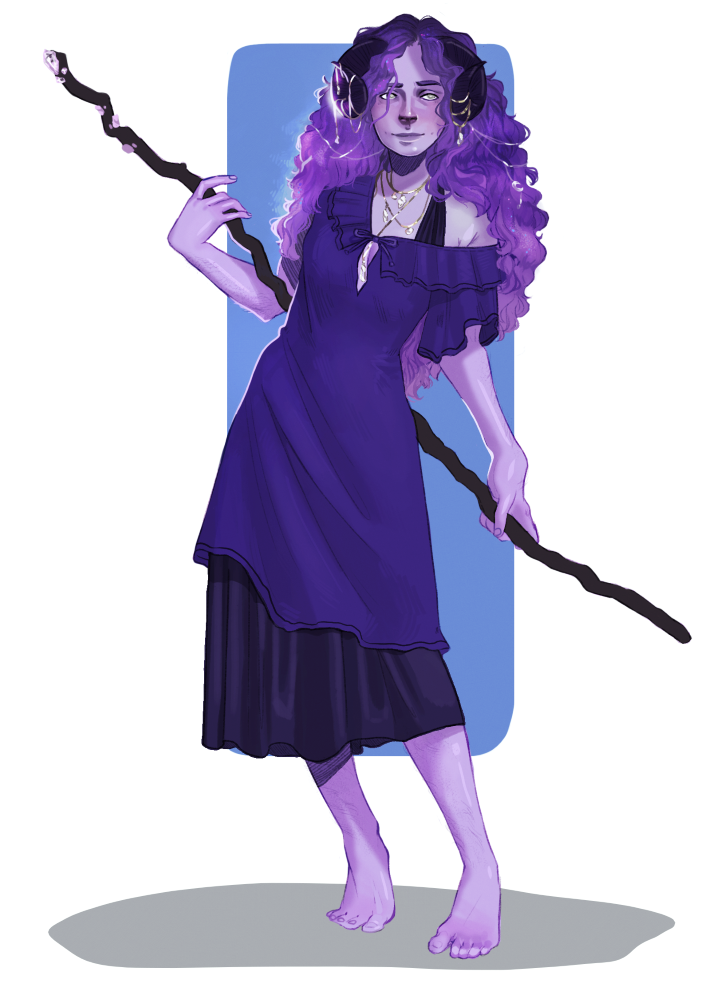 Dungeon Wives begins with Alkyone on a journey of self-discovery. She’s left her home, a matriarchal tiefling commune in the woods, sent by her twenty (yes, twenty) moms to learn who she is apart from the community she’s grown up in. Her first stop is the city of Baergo, where we meet her cousins and their unbelievably cute child—but not until after the city is attacked and set ablaze by a mysterious group of Dread Knights. Alkyone fights her way through the city, saving lives on the way, linking up with the paladin Sister Caterina, the cleric Alexandrite, and eventually the ruler of Baergo (and Caterina’s partner), Lady Daenastray.

In the wake of the attack, Lady Daenastray charges Alkyone and Alexandrite to journey across the country and bring warning of the Dread Knights’ attack to the surrounding lands. Alkyone and Alex set forth, and this is really where the show finds its voice. While there’s an overarching narrative linking each episode together, the places where this show really shines are the smaller moments of connection. There’s always time for McKenzie to share a little bit of lore about whichever city Alkyone is in, or for Alexandrite and Alkyone to flirt and develop their relationship. Dungeon Wives takes place in a completely original setting, allowing for a sense of wonder and exploration as both Rachel and the audience see (or hear, as the case may be) things for the first time.

The interplay between player and DM is what makes me feel that any adaptation of this show has to enshrine that relationship with a cooperative focus. Alkyone has a habit of responding to obstacles in an unconventional and surprising way, forcing McKenzie into coming up with even more unconventional responses. But the relationship is never antagonistic—both Player and DM are always creating this story together. McKenzie frets that she made an encounter too hard right before Alkyone breezes through it, while an enemy intended to be easy becomes a life-or-death struggle. Before making an important attack, Rachel will have ‘Dice Wars’—a minigame where she rolls her various d20s against one another in order to see which rolls the highest, and thus deserves to represent Alkyone’s action. Laws of probability aside, these ‘Dice Wars’ are just another opportunity to showcase this relationship as McKenzie cheers her on.

This supportive relationship perfectly translates to cooperative gameplay. With a colorful Terraria-style overworld, the players can set off together to explore. They can travel from location to location, with different areas in the kingdom can be represented by diverse biomes. NPCs in each settlement can give out quests, from the simple to the complex, and it’s up to the players how they resolve things. Combat and violence aren’t the only solution to problems. Players can explore the cause of the food disappearances in the caves beneath Rivermouth and make friends with the proprietor of a magic bookshop that has a door in every village—literally.

The heart, of course, is the relationship between the characters (and cast). According to McKenzie, both Alkyone and Alexandrite originated as a response to a challenge to create a pair of characters for her and Rachel. They both fell in love with the characters, and rather than put them in a folder and wait for a chance to shine, the couple decided to give them a story all of their own. With that in mind, it’s unfair or at least misleading to merely describe Alexandrite’s role in the show as merely an NPC or DMPC. She’s as much a fully evolved, realized character as Alkyone, with her own agency and motives. This would translate fantastically to a cooperative game, where franchises like Borderlands have done much the same with multiple player characters. 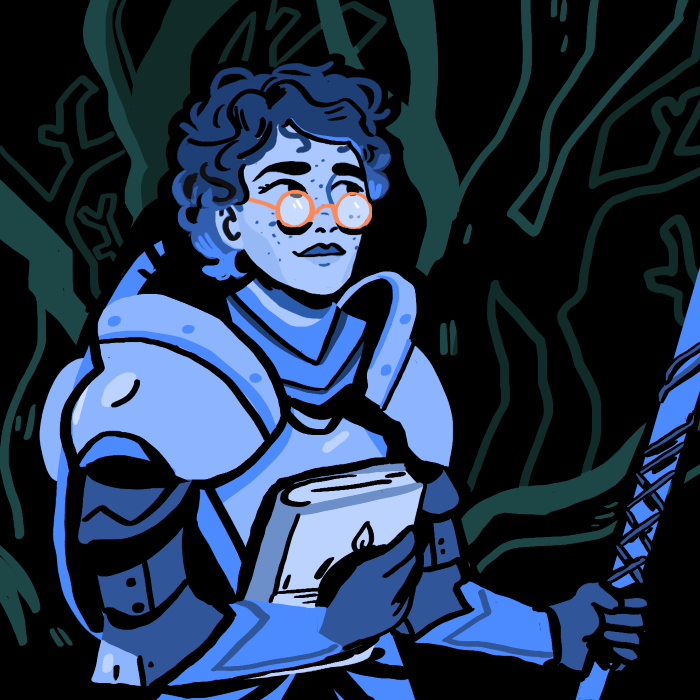 Alkyone and Alexandrite are clearly destined to be together, and that romantic tension underlines their interactions. The pair are stronger together, and that can play out mechanically in an adaptation with each character having unique abilities to complement one another. There’s no reason to limit the party to just Alkyone and Alexandrite, either—the ‘wives’ in Dungeon Wives doesn’t have to just mean two! Seemingly every femme NPC in the podcast is queer, from the noble ruling a city to Alkyone’s commune of moms.

Picture it: you and some friends (or friends) boot up your copy of Dungeon Wives. You choose your character from a lineup of women and femme-identifying nonbinary characters, and together set forth into the kingdom of Sarenfell. Along the way you meet Sister Caterina and the Sight, her elite team of warriors (or as Rachel refers to them, an elite group of wives). They send you on your way with a quest to warn the kingdom of the marauding Dread Knights, and you’re free to travel the world! Do you travel to the local villages for supplies? Do you meet Lady Daenastray, the leader of Baergo? Or do you explore the underground to find out who’s been sneaking out of the local well to raid the town’s food stores? Wherever you go, there’s adventure to be found, lore to learn, and opportunities galore for your characters to grow closer and maybe even fall in love.

Since Dungeon Wives is a young podcast, it’s difficult to say just where the story will unfold to. When this was written, only thirteen episodes had been released. This leaves the world completely open and ripe for exploration by players, and especially gives the opportunity for a diverse team of writers and creators to fill the world with the tender and loving tone that characterizes Dungeon Wives.

Read the rest of the Greenlight This, You Cowards! series.