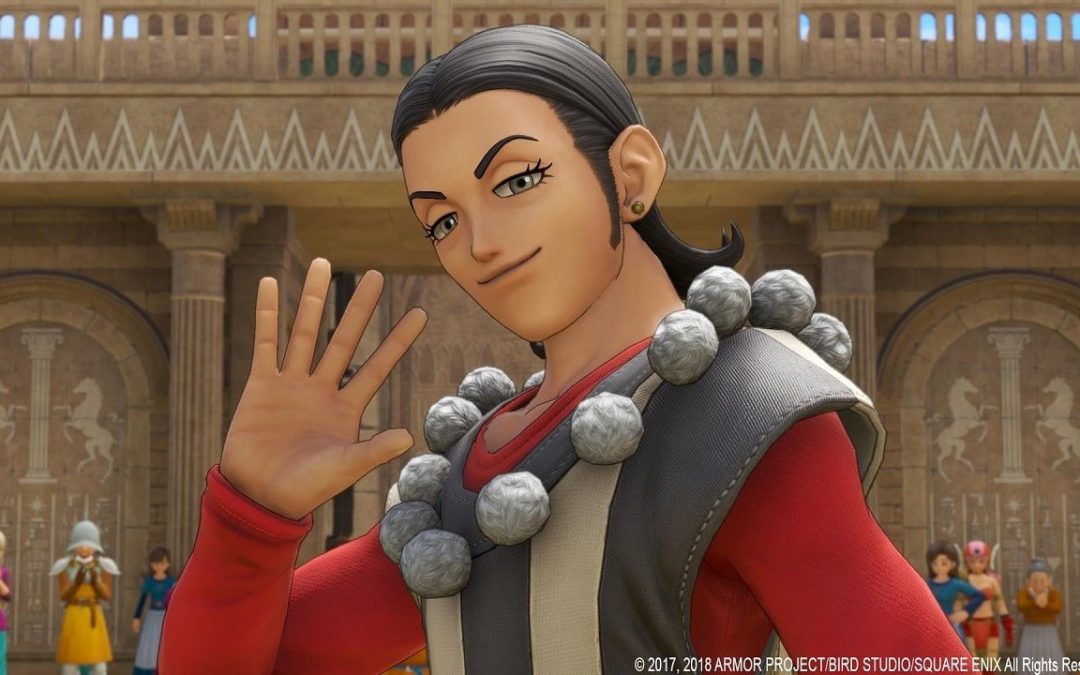 Years ago, when I was still newer to Chicago and working out a place for myself—friends who felt right, places where I actually wanted to socialize and be—I started listening to a little podcast you’ve probably never heard of, called My Favorite Murder. My Favorite Murder is a “true crime comedy podcast” that kicked off in 2016, hosted by Karen Kilgariff and Georgia Hardstark, writers and comedians who bonded over analyzing the details of gruesome killings.

I loved it, and it was something people around me seemed to love, so it worked as a connector—a conversation piece for, maybe, making friends. However, the more I talked to people about the podcast, the more I realized that I didn’t remember many of the case details. What I had clung to were the voices of two women whose growing friendship often overtook the intricacies of murder investigations, resulting in moments where they shared their tramp stamps and discussed their decision to start going to therapy together.

I’ve long stopped listening to My Favorite Murder by no fault of the podcast; I simply honed in on the source of my joy, and found other ways to experience it. For me, a podcast is a voice, or a chorus of voices, that can fill a room and surround you with the feeling of companionship. At a time when I was a bit adrift and without community, podcasts made me feel less alone. As an introvert, they also offer up a pretense of socialization without all the stressors—nothing is expected of me, but I get to hear the laughter and the in-jokes and feel a sense of togetherness. The best podcasts I’ve discovered are TTRPG actual plays full of women, nonbinary people, and trans people—people whose voices I really needed, and whose presence in tabletop makes me feel happy and welcome. 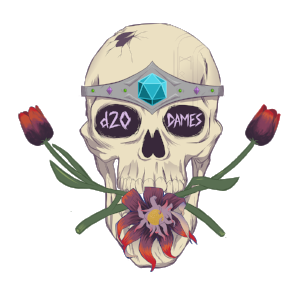 That games like Pathfinder have become such a huge part of my life would be a huge shock to my past self. Of all the nerdy media I felt was open to me, D&D—the only TTRPG I knew existed, back then—was never on the list, because I had only ever seen it represented in media as filled with and owned by straight white cis men. There was no room for anyone else. While playing Pathfinder with queer and trans folks has showed me that we have our niches, TTRPG podcasts have shown me that we have a WORLD. GMs from shows like Venture Maidens and d20 Dames have content on DM’s Guild, Kickstarter, Rolled & Told, and Drive-Thru RPG that you can buy and play! Every new NPC on Dungeons, Dice & Everything Nice is intensely, obviously queer! Queer Dungeoneers baked their identity into their name, their quirky and often chaotic NPCs, and into the bones of the entire story. If a single podcast in which two women developed a deep friendship analyzing serial killers made me feel a bit less alone, TTRPG podcasts have made me feel like I live in a world so full it’s almost overwhelming.

Strangely, I get something similar out of watching people play video games, or even post about them on social media. I don’t have much patience for video games; I can really only sit down and play them by myself if they’re visual novels or dating sims with a heavy story element, like Dream Daddy or Hatoful Boyfriend. However, when I watch my partner play video games, I can dip out of the room or do something else during battles or boring mechanical parts, and hop back in just for the story. I’m also always down to hear my partner’s recaps of what’s going on because they’re always hilarious. She’d often wait for me to play Dragon Quest XI, but as the game got longer and longer, she wouldn’t call me into the room until “something gay was happening” or Sylvando was on screen. When she was playing Elder Scrolls: Oblivion, she suddenly got my attention to tell me, “I’m a lizard person now and I was super alone, but then I joined a cult and found family, except now I have to murder my family because I’m part of an assassin’s guild!” During Subnautica, she took me on a tour of her ship, and afterward I thanked her for reenacting an episode of MTV’s Cribs. 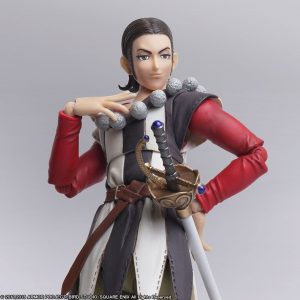 He’s very gay and he’s all I care about.

I will never be interested in spending time making my spaceship cute or figuring out how to grind levels to defeat all the bosses in Dragon Quest. However, my partner does enjoy those things, and when we talk about them or she shows bits of the games to me, we build up all the same goofy in-jokes we do when we play Pathfinder together. It’s still a good time. When my friends post about their cute Animal Crossing houses on twitter, it makes me happy to see that they’re finding joy in something cute, and sharing it. Especially now, living through a pandemic, that joy is a relief—it means that people are finding happiness and time away from the stress of our current lives.

While I was working on this piece, I read December’s article about not being interested in Let’s Plays, but finding enjoyment through seeing a friend have a very different experience playing Dragon Age. It’s interesting to see someone’s feelings from the opposite end of the spectrum, but I think we have both reached the same conclusion: seeing (or hearing) others play a game we’ve played can open up our own perspective. It’s fun and inspiring to see someone else interact with a character differently, or use a spell creatively to get out of a jam. Ultimately, the experience of watching or listening to someone else play a game is a point of connection. Even when we’re not participating, games can give us a common language and understanding that help us feel closer to each other.

I feel this more deeply now, as reports of racism and abuse in organizations like Wizards of the Coast once again rock the gaming community. Marginalized podcasters like the d20 Dames and The Broadswords are examining the ways that they interact with, fund, and support fundamentally flawed gaming systems and companies, and trying to find a way to participate in their communities while decrying racism and workplace abuse. This conversation feels urgent, and important—podcasters can use their power and audience to help change the landscape of games, and it’s heartening to see a community that I feel so close to stand behind the people who have been harmed. As a listener, I’m excited to follow these storytellers into new worlds that support and love marginalized gamers.