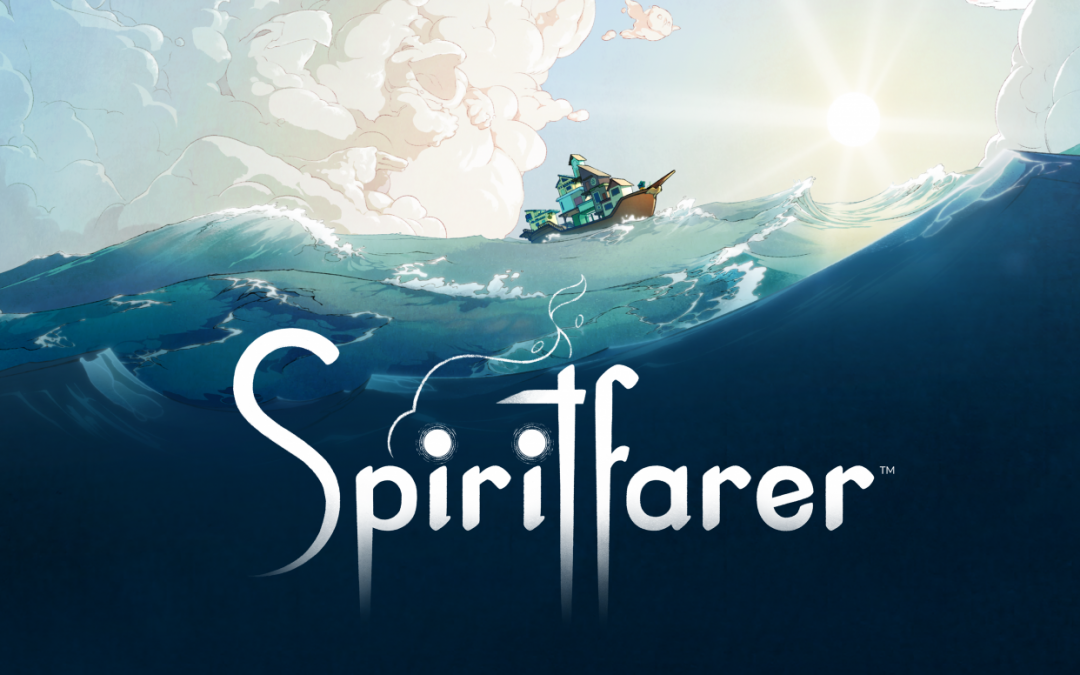 PAX 2019 was a strange experience—amid a cascade of harassment and assault accusations, thousands of people came together to celebrate gaming. The weekend is a blur now, almost a year later, but one game sticks out prominently in my memory: Spiritfarer, a “death-positive” management game following an adorable little psychopomp, Stella, who helps spirits cross over.

When Thunder Lotus Games reached out about a possible preview opportunity, I jumped at the chance. It’s 2020; it’s been a terrible and uniquely terrifying year since the calendar switched over, and anything that encourages me to reframe my relationship with difficult topics is welcome.

Though Spiritfarer stuck out in my memory as an adventure game with the single best platforming experience I, a notorious platformer hater, have ever had, this recent preview also featured many other elements. Alongside creative director Nicolas Guérin, I played through a series of snippets featuring farming and cooking, resource gathering, traveling, building, interacting with characters, and platforming challenges to help the game’s spirits move on to the next stage of their lives (or deaths). Guérin also showcased the multiplayer possibilities with me, and identified the array of mechanics as an intentional twist on the usual farming sim.

Instead of growing, building, and cooking (among other activities) for sustenance or profit, you do them to help your spirit friends. In fact, everything you do for them is something a spirit has taught you. As Guérin said during the preview, we learn from the things others teach us and carry that legacy on to our interactions with others. That’s the driving force at work in Spiritfarer, too—that living is a means of paying forward those lessons and relationships.

The game, too, is a bit of that. Many of the spirits you meet throughout were inspired by real people. Guérin said they aimed to make those characters “as true as we could,” infusing the game’s sense of magic and wonder with real issues, such as depression, suicidal ideation, and infidelity. As a result, the characters feel close to human, even if they are shaped like various animals.

Though the game has a feeling of coziness and warmth, it is still, at its heart, a game about death. According to Guérin, Spiritfarer aims to tackle “dark subject matter in the softest way possible.” And it definitely succeeds—in the demo I played alongside Guérin, you accompany one of the spirits you’ve come to know to the portal between life and death. The goodbye they share is touching, not just because it’s goodbye, but because their exchange is a heartfelt discussion of how the spirit’s life was positively impacted by Stella’s actions. You’re sad to see her go, of course, but she chooses to spend the final moments of her life with you, to tell you in no uncertain terms that you mattered to her, that her life was made better by your presence. Not everyone gets this gift in real life, but Spiritfarer allows us to reframe this moment of great sadness with a demonstration that understanding and love are important, too. Life is complex, and so is death. 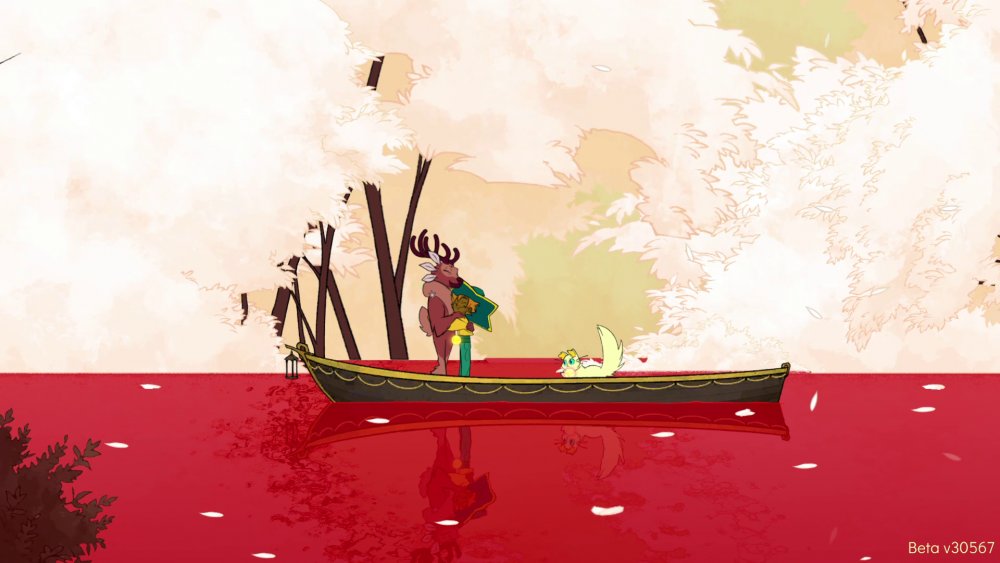 Drawn from influences like the Greek myth of Charon, the ferryman of the dead, as well as animators and artists like Don Bluth, Alexandre-Louis Jacob, Albert Bierstadt, and Hiroshi Yoshida, Spiritfarer combines its difficult subject with a sense of whimsy and beauty. Unlike many things described as “Studio Ghibli-esque” for marketing purposes, the term actually rings true for me, here—it’s beautiful to look at, filled with wonder, but also unflinchingly honest in its depiction of complex and difficult topics. Instead of feeling powerful or accomplished, I came away from the demo feeling thoughtful. I didn’t know the spirit well enough to have a strong emotional response to her passing on, but the scene was nonetheless impactful. It won’t change my relationship with (read: fear of) death singlehandedly, but it did prompt me to think about how I frame the end of a life. That’s more than most games, which are absolutely riddled with death and killing and dying, ever take the time to do.

I look forward to fully submerging myself in Spiritfarer‘s thirty-odd hours of gameplay when it releases later this year. For now, I’ll have to be content with knowing that it’s coming, and that the brief time I’ve spent with it has left such a positive impact on me.

Spiritfarer is due out this year for Xbox One, PC, PlayStation 4, Nintendo Switch, and Google Stadia. A demo is available now for Steam and GOG.