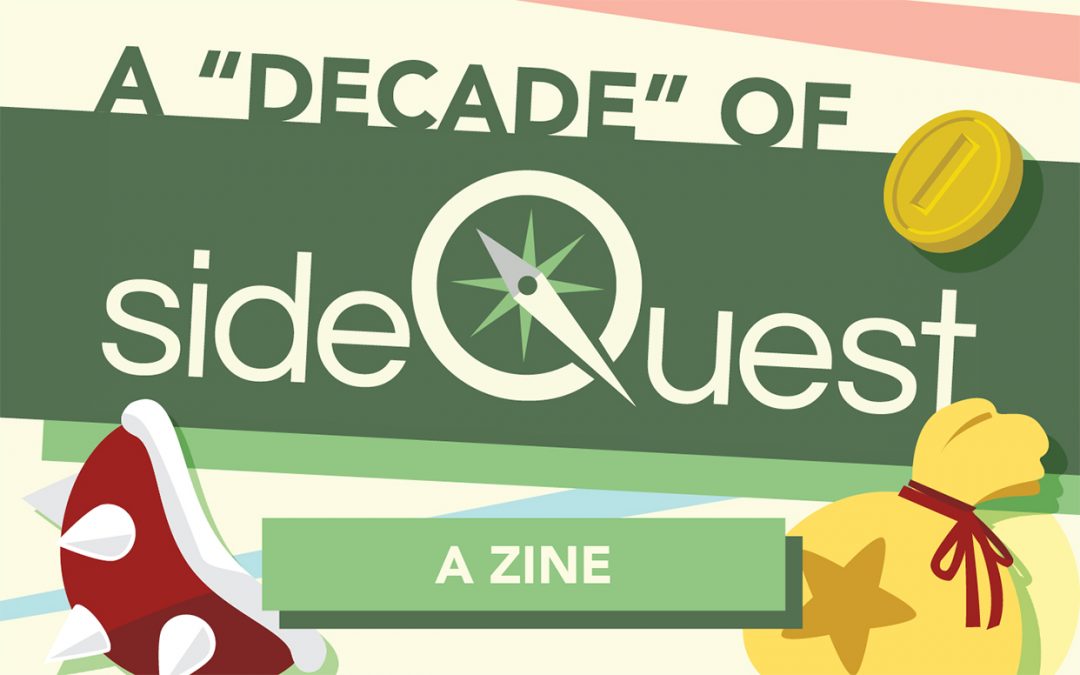 Sidequest.zone is the internet’s resident earnest-yet-creepy* gaming site, and we’ve dusted off, spruced up, and collected 15 pieces** that we believe represent the decade!***. This zine is a good primer if you’re new to our site or want to show someone what we’re about—it’s got some zany bits, some political bits, some heartwarming bits, and is just generally a delight. You can buy it right now on Itch!

• “Confessions of a Gamer Mom“ by Wendy Browne
• “Death in Games, According to a Five-Year-Old“ by Al Rosenberg
• “Animal Crossing Saved My Life“ by Rosie Knight
• “Hot Dads of Gaming: Bowser Is the Most Underrated Hot Dad in Gaming“ by Georgia Bear
• “Video Game Comics: David & Lara“ by Claire Napier
• “Mystic Messenger Trash: How Abuse Hides Itself as Love in Jumin’s Route“ by Naseem Jamnia
• “Cherry Blossoms and Busty Babes: Ōkami and Misogyny in Western Gaming“ by Zainabb Hull
• “Customizable Player Characters Don’t Replace Diverse Leads“ by Heather Wells
• “The Thin Blue Webline: Spider-Cops Are Bastards“ by Nola Pfau
• “The Best Thing About Fantasy Football Is Annoying Your Coworkers“ by Jameson Hampton
• “Rich in Friends: Finding All 900 Koroks in Breath of the Wild“ by E. Forney
• “Grow Up: Gone Home Is Wonderfully, Perfectly YA“ by Melissa Brinks
• “Socialism Isn’t A Dirty Word: An Interview with The Glory Society“ by Emily Durham
• “Breath of the Wild Got Me To Actually Do My PhD“ by Kelly Richards
• “2019 Roundtable: Our Favorite Games of 2020” by the Sidequest Crew

Each of the first 14 pieces were originally published here on the site, and still are (and will remain) free to read. The 15th (“Our Favorite Games of 2020”) is a zine-exclusive piece, and we’re sure it will age, just, incredibly well. In buying the zine, you get access to that 15th piece and get to see the 14 others in all their sleek, typeset glory.

Proceeds from the zine PDF will go toward keeping the site up and running, as well as funding a small print run when we feel a little better about the state of public health in the United States. 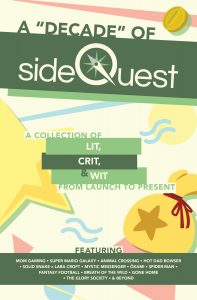 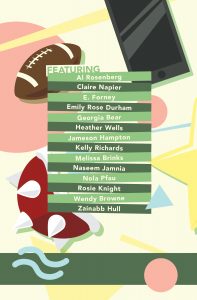 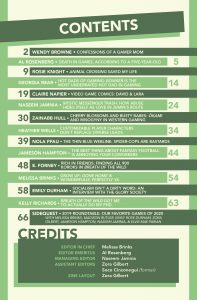 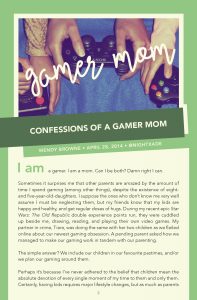