Using Platformers to Cope with Trauma: An Easy Ten-Step Process 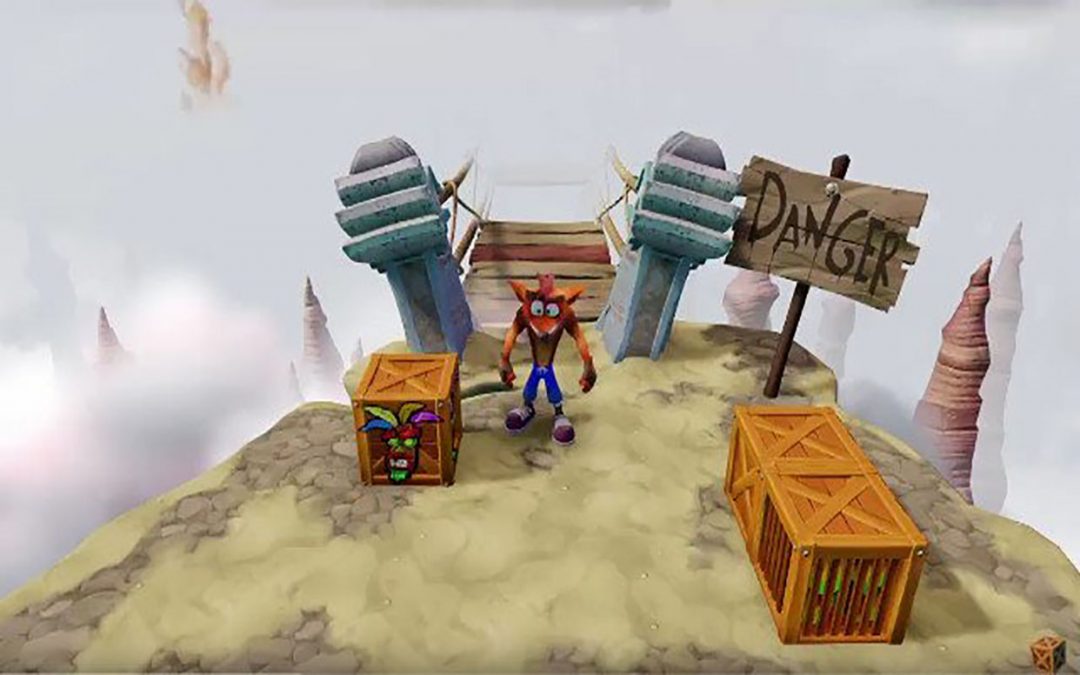 It’s 2017, and you’ve just separated from your spouse and partner of eight years; you decide to download the remastered Crash Bandicoot in your newly much-emptier apartment. Or you’re in a hospital lobby, waiting for a surgeon to come tell you what you think you already know: that your father has lung cancer. Shovel Knight keeps you occupied in this clinical, quiet space. Or it’s the present day, and you were just told that you are not supposed to leave your apartment for the foreseeable future, and you are never going to see your students in person again, and all you have to keep you company is a copy of Celeste. In all of these clearly universal and not at all deeply personal situations, there is a commonality: grueling platformers providing grounding and a sense of purpose and achievement. Anyone can use this notoriously difficult, frustrating, and demanding genre to solve your problems, provided you follow this simple ten-step process.

When you start the game, the first few levels will come easily. You’re running through N.Sanity Beach with ease, smashing crates and spinning crabs off into the void, playing as the titular bandicoot who DEFINITELY won the late ‘90s mascot wars. Whatever you do, don’t think about how these are tutorial levels meant to familiarize you with the controls and thus are supposed to be easy. You are a god, and more importantly, you are the best gamer to ever play this game. You are crushing it. Beating this game will be a chill time, and you’re going to leave this experience feeling really relaxed. Your past experiences playing and failing at platformers have no bearing on how this experience will go. Everything is going to be fine. You have no problems. Your life is going great.

The first time you get stuck, it comes as a nasty surprise. At first, you assume it’s a fluke. You keep dying, sure, but it’s not because the game is actually hard; you’re just unlucky here, in this moment. Which is unusual, because again, your life is going great and bad things don’t happen to you. After around ten deaths, you begin to think that this is not perhaps a terrible accident, and that forces are conspiring here to keep you in place. This puts a bit of a damper on your mood, but this is the only thing that has you feeling down. Nothing else. Certainly not the sterile smell and harsh fluorescent lighting of the hospital waiting room where you’ve been since 4 am, or the fact that when you come home from work there’s no one there starting dinner. Nope.

Beating this game will be a chill time, and you’re going to leave this experience feeling really relaxed. Your past experiences playing and failing at platformers have no bearing on how this experience will go. Everything is going to be fine. You have no problems. Your life is going great.

Step 3: Die Repeatedly in One Place

You continue to attempt to beat the level (or screen, or room, or however your particular game measures progress), but you’re very much stuck in one specific spot. You have died upwards of twenty-five times in that one spot, and no matter what you do, you just can’t get past it. You’ve tried, you feel, everything: jumping sooner, jumping later, double-jumping, not jumping at all, attacking, not attacking. Your repeated deaths have taken on a mocking tone. The game is laughing at you a little bit, and yes, you know how that sounds. You steel yourself and keep trying, because you solve problems by refusing to acknowledge them as problems. Your bed doesn’t feel empty in the morning, your father’s smoking habit is an old man’s quirk, and you can beat this game. Panicked yet timid emails from your now-online students, who seem even smaller and more scared now than college freshman normally would be to you in your twenty-six years of age, are a distant concern. You’ll help them, right after you beat this.

Step 4: Begin Messing Up in Other Ways

At around death thirty-five or forty, you’ll start to notice that you’re no longer just dying in that one specific trouble spot. You’ve started making different mistakes, and while you still can’t get past your original issue, now each death is a fun mystery. You might fall right off the opening platform or eat it at the hands of an enemy you handily dispatched every time before. Those stupid black mold-looking monsters on the hotel in Celeste have gone from easily avoidable annoyances to the bane of your very existence. You’ve moved from messing up in one very specific way to messing up in literally every other way. Also, your apartment is a mess. You haven’t done dishes in… two weeks? You should also probably try to do your reading for your grad seminar; the professor must be noticing how you aren’t talking in class. But you can’t worry about that now. You can’t worry about anything but the game. 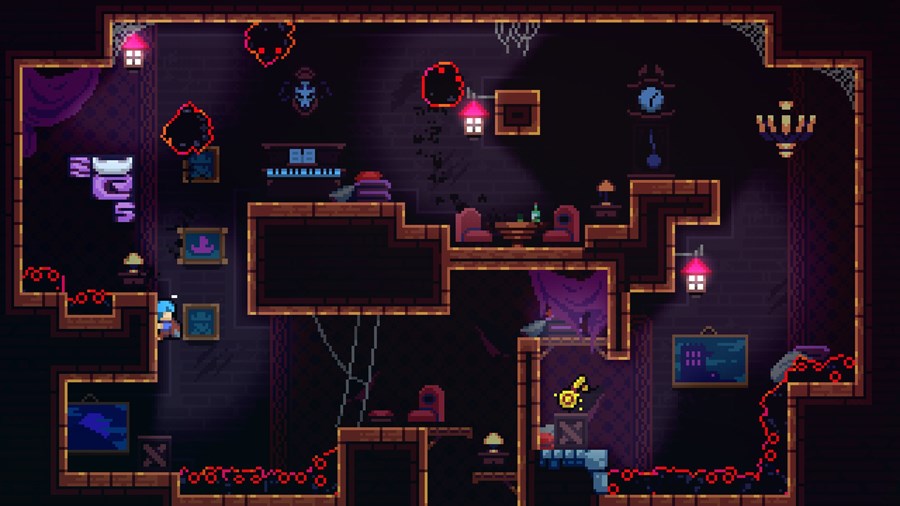 Step 5: Get Really Close Once and Then Fail to Replicate Success

YOU WERE SO CLOSE MOTHERF—but you died, yet again. This was the first time you ever got past the trouble spot, probably through sheer dumb luck, but then you encountered a new difficulty in the level; how rude of the level to not immediately end after you conquered the original issue. Now you’ve been jockeying between Steps Three and Four for the last half hour. But it’s not like you have anything better to do. You (finally) did some laundry and ate a vegetable, because you were actually feeling pretty good today. You even packed up your ex’s clothes, so he can come get them and put them in the apartment of the woman he moved in with immediately after you separated, which is a normal thing to do that doesn’t hurt you in uniquely painful ways at all. Clearly things are looking up for you—not that there was ever a real problem in the first place.

You’ve been playing for… you don’t even know how long as this point, and you’re still stuck. You’re in a posture that you’ve seen memes make fun of: leaned forward on the couch, elbows on your knees, controller in a death grip. Have you eaten yet today? When was the last time you spoke to a friend, slept, or even showered? You can’t answer these questions. Neither can you beat this level. Shovel Knight, once your stalwart companion, is even beginning to look a little haggard as he battles his way through Propeller Knight’s castle (it’s been hours; surely the doctor will come out soon). You look at yourself and realize that you can only sort of recognize the person that you were when you started playing. Maybe it’s time to get some help.

You look at yourself and realize that you can only sort of recognize the person that you were when you started playing. Maybe it’s time to get some help.

Step 7: Watch a Tutorial and Despair

You load up YouTube and search for a Let’s Play of the level you’re stuck on. You specifically want no commentary because you physically could not handle some dude in a snapback on a webcam telling you how easy this level was. You find a tutorial, and watch. Even without the commentary, you feel like shit. It looks like it should be easy, but you know it’s impossible. You can never do this, just like you can never do what your doctor and your therapist have been telling you to do. Get dressed in the morning? Eat regular meals? Those are pipe dreams, relics of a you from the past, from before you got stuck at this level. You’re broken and incapable of love and that’s why John left, your father who has been your hero since you were made aware of the concept is going to die of lung cancer, and you are STUCK INSIDE YOUR GODDAMN APARTMENT. All of these things happen years apart, but also at the same time. You put the game down. This is never gonna happen.

It’s been a while since you played. Maybe a few days, maybe a week, maybe longer. You’re feeling… still not great, but better. Maybe you got some good news (Dad doesn’t have cancer after all, though his refusal to quit smoking is worrisome). Or maybe you’re just adjusting to the new normal of your life and trying to listen to what people tell you to do. You don’t have a husband anymore, but you have… other things. You don’t always succeed at being okay, but you’re trying, and you think that’s important. So you decide to try this again. These games were fun, once. Maybe they can be fun again.

You load up the level: The High Road, a notoriously difficult Crash level that involves bouncing off precariously positioned platforms, where even the method of cheesing was once beyond your ken. You take a couple turns to re-familiarize yourself with the controls, and then… you do it. You beat the level. It feels almost anticlimactic in its resolution, but you’ve done it. It wasn’t even that hard, you feel. You wonder what changed about it and decide to keep playing.

Of course, you get stuck again. The game was only going to get harder, you knew that. But you keep trying, and you realize that this time as you play, the steps that last time made you feel terrible and shitty are just… things in your way. You die repeatedly in one place, and then you start messing up in different ways, but it feels… different. You’re not mad or stressed out or think you suck. You’re stuck, but you’ll get past it eventually. You just have to keep trying. You blow past Steps Five and Six because you realize that those steps were never very helpful in the first place, and Step Seven is now really useful to you, because you’re not taking someone else’s victory personally, and recognizing that your experiences are not isolated or in any way your fault.

You realize somewhere in here that it’s not that the game is different, or that you’ve gotten better at it somehow. Things are still hard, both in the game and, you admit, your life, but you’re thinking about it differently now, and that makes it easier. Now when you beat a level, there’s a sense of reward, because you worked hard and you accomplished something. The game is fun again. It was always fun, you just got lost for a while. You move into the final levels of the game, prepared for the challenge. 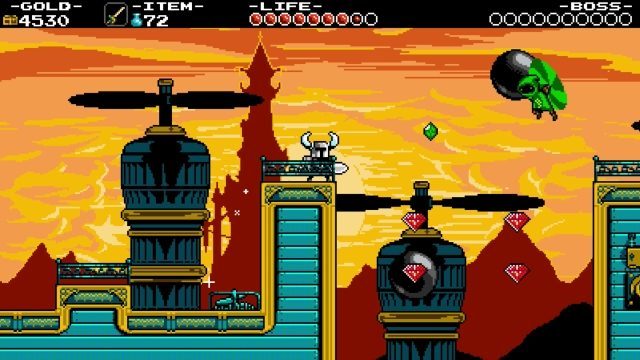 You square off against the final entity in the game. Maybe it’s a witch, maybe an evil scientist, maybe just a mountain. But you face it, and you best it. You’ve beaten the game. It feels… good. Like you’ve really done something here. But also, you just feel better in general. Turns out eating regularly, talking to friends, and doing all those other things was important this whole time. You put the game away and reflect on your journey. You think that you’ll probably return to these types of games when something bad happens, because the repetition and sense of control you have when you do something right is comforting. You know how to succeed, and it’s just a matter of getting there.

Hey, there’s a metaphor in there somewhere. Maybe you should write that down.