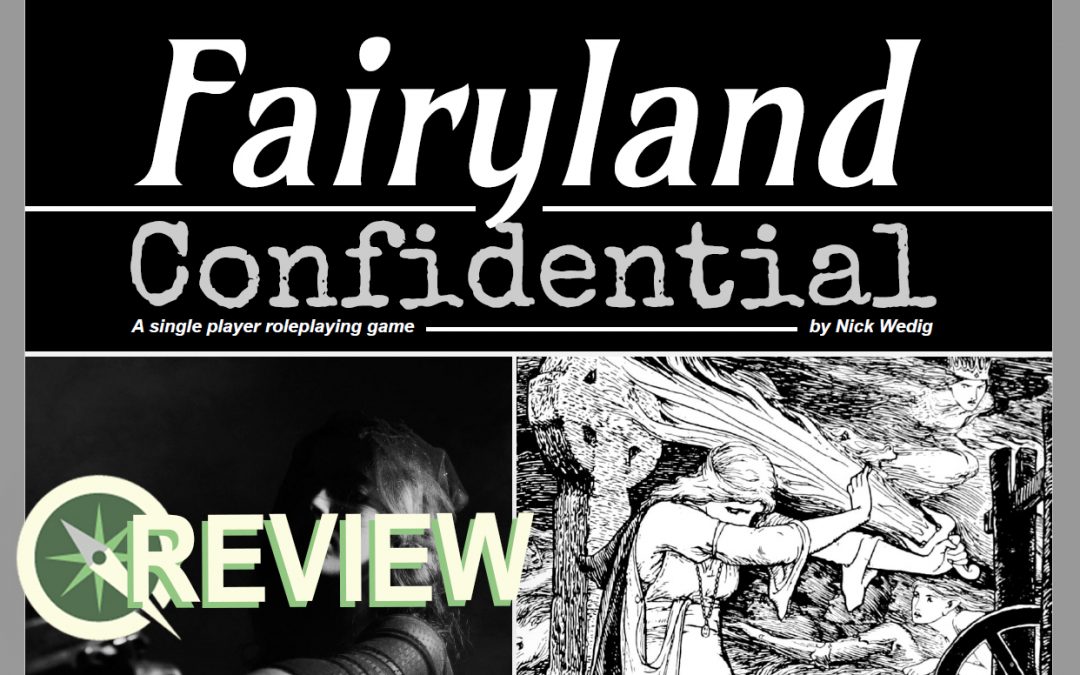 I have a lot of ambition when it comes to tabletop RPGs. I want to play them all but rarely have the time, and time is even more scarce when it comes to getting a group together. But single-player RPGs are intimidating—can I have fun by myself? Am I throwing money at something I’ll never actually make time for, or is this a worthwhile hobby to get into?

Fairyland Confidential, a noir-infused fairy tale RPG (or perhaps a fairy-tale-infused noir RPG) has cured me of that trepidation. Not only did spending an afternoon playing two rounds of this randomized mystery game by myself result in some of the most fun I’ve had gaming in ages, but it also reinvigorated the creative energies I’ve been missing in the midst of 2020’s tumult.

Noir and fairy tales might seem like an odd fusion, but both genres deal with cultural anxieties, fear, and danger, often in a setting of heightened reality—a unique aura of realism that nonetheless has an overly intense, sometimes dreamlike feeling, such as you would find in classic noirs like The Big Sleep, or in the gritty fairy tales of Guillermo del Toro. It worked well enough for The Wolf Among Us, and the games I played with Fairyland Confidential felt much the same—my characters were trapped between worlds, embroiled in vivid magical conspiracies, tossed around and beaten up for crimes they didn’t commit and scandals they didn’t want to uncover.

For an uninitiated solo TTRPG player like me, it seemed impossible that I could have such a thrilling and unexpected ride by myself. But Fairyland Confidential‘s mixture of freeform storytelling and randomization through dice rolls and card draws lets you have just enough agency with repeated unexpected roadblocks, complications, and twists.

You start the game by choosing from two sets—victim and crime—of three scenarios, mixing them together however you like for nine possible combinations. Each victim or crime includes the scenario itself, a set of three suspects, and elimination questions to ask when you draw a face card. Aces and jokers have special powers that can get you out of a tight spot.

Without getting too into the nitty-gritty details, the game uses a standard deck of cards (with jokers) and two six-sided dice of different colors. Dice rolls determine which suspect you will question, with each color representing a different question “flavor”—noir or fairy. Higher numbers result in juicier answers, but also raise your fairy or noir danger level (“tribulation” or “danger,” respectively), resulting in close shaves, encroaching danger, and, if your levels get too high, your character’s untimely demise. 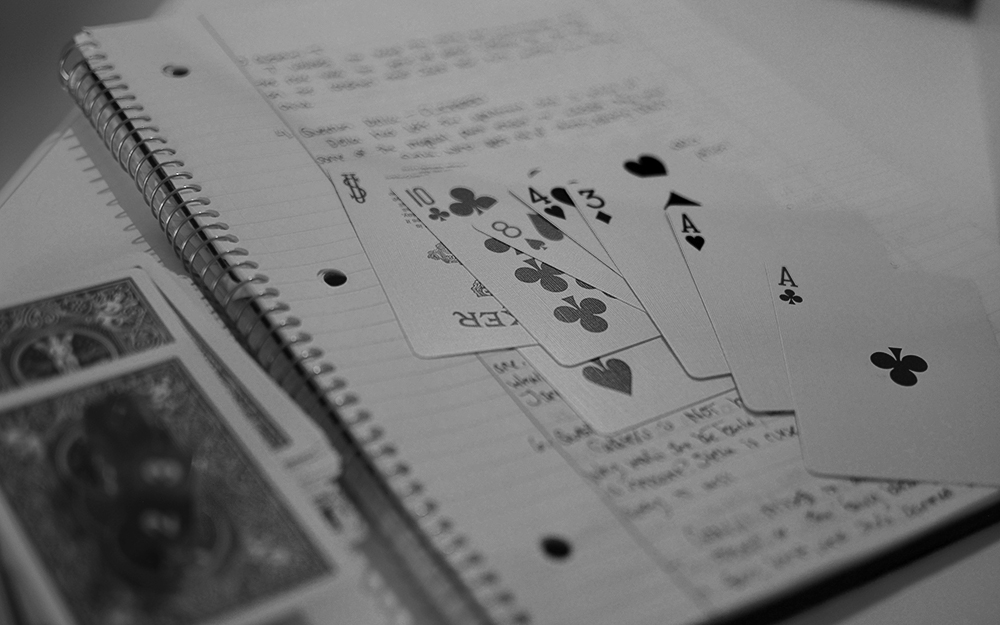 I had some trouble with the mechanics on my first go-around. My cards were out of order, resulting in a lot of low-level questions that raised my tribulation level without bringing me closer to a solution, and my detective was consequently thrown in jail and then sucked through a fairy portal, leaving the case unsolved. In my second game, another read through the manual and a familiarity with the mechanics gave me a tense but successful game, revealing that the burgling duo had faked their deaths, drunk from the horn of immortality, and pulled it all off with the help of a fairy sculptor helplessly in love with one of them.

What works about the game is that the randomness and guidance effectively function as tantalizing writing prompts. While the crime, victim, suspects, and questions I asked were determined by my dice rolls, cards, and prompts within the game, the answers were all up to me. As the player, it was my job to make the mystery make sense—though, as the manual points out, “sense” is not necessarily inherent to either the noir or fairy tale genre—by coming up with the story as I went. Loose ends and mistakes are a natural consequence of twisting genres, and my mistakes didn’t rob the story I developed of its thrills. In fact, as I drew in on the conclusion of my second story, I could literally feel my heart beat faster—the excitement of solving the mystery, determined entirely at random, coupled with the fact that I was one dice roll away from failing, added an incredible sense of drama.

While there were some struggles in my first game, Fairyland Confidential is a smart, tightly designed single-player TTRPG with a great sense of drama and thematic tension. Whether you’re very experienced with single-player games or a total newcomer, it’s a wonderful creative exercise and delicious source of drama and intrigue. I honestly can’t wait to play another round.