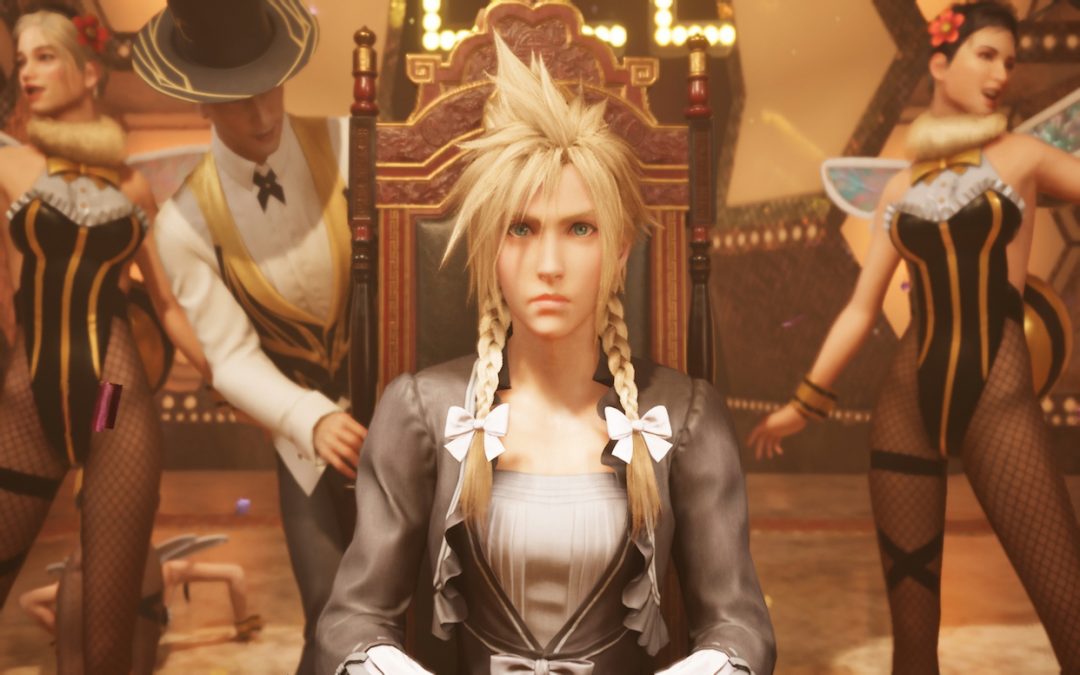 As the eventual release of Final Fantasy VII Remake loomed over the gaming calendar, there was a great deal of curiosity about how the game would handle Wall Market. For the unfamiliar, early in the original FFVII, the protagonist, Cloud, cross-dresses to enter the inner sanctum of the lecherous crime lord, Don Corneo. In the original game, the sequence is an extended gay panic gag. Cloud is hit on and nearly sexually assaulted, and the game plays it coldly and crassly for laughs. To understate it, this required an update.

Remake reframes the Wall Market as a glamorous whirlwind adventure. Cloud dons his dress in the middle of an elaborate stage show in the Honeybee Inn. He is given a makeover by queer-coded taste-maskers. It’s a light-heartened scene based on greatest hits of queerness hitting the mainstream. “Ru Paul’s Drag Race” or Lady Gaga’s “Born This Way” feel like obvious influences. Andrea, one of the aforementioned tastemakers, is flamboyant and flirty, dancing with Cloud with grace and tact.

Perhaps accordingly, the scene was mostly received with praise, from posts suggesting it as welcome update, to claims that the Cloud threatens gender norms. My Twitter timeline was aflutter with posts cooing over Cloud’s appearance, and taking joy in the various beats of the updated Wall Market. This reception perplexed me. The scene has been updated with style, but still grounds itself in the original’s cruel, comedic construction.

To be clear, the scene’s slick but shallow version of mainstream queer art isn’t the problem. What else can you expect from a game with such a large budget and potential audience? Rather, it’s that there is no joy for Cloud. The Wall Market sequence misunderstands drag and downplays its most radical elements. Thereby it cannot give Cloud the joyful agency that makes drag a powerful means of queer expression. 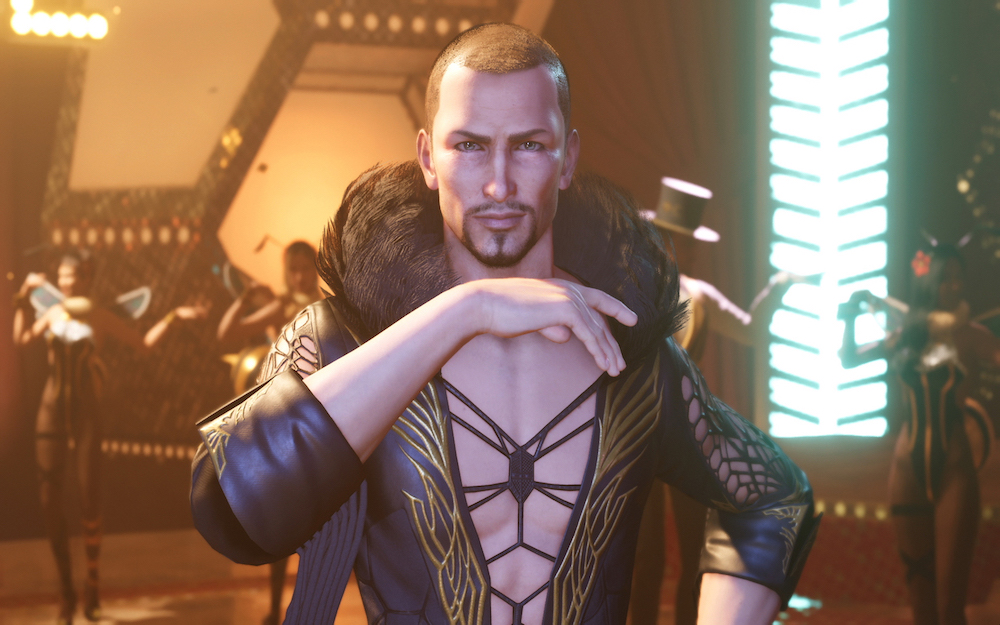 In her book Gender Trouble, Judith Butler emphasizes drag as a means of undoing the construction of gender. She writes, “In imitating gender, drag implicitly reveals the imitative structure of gender itself.” In short, performing drag reveals the artificiality of “biological” gender. It frees both the audience and the drag artist from the constraints of gender norms. While transness and drag are far too often conflated, especially since many popular institutions of drag are transphobic, they do share this: They are a means of claiming one’s own body.

Cloud can resist or complain, but let him take joy in performance.

The intent of the scene was undoubtedly along those lines. Cloud is reserved. He puts on a tough act, but has been through real trauma. His posturing is a defensive measure against further trauma. Both Tifa and Aerith, the women who push Cloud into the scene, see through his exterior. The scene is a means of taking Cloud out of his shell, forcing him to have fun and open up. It’s a beat clearly meant to develop his character. However, while Aerith and Andrea find pleasure in remaking his body, Cloud is deeply uncomfortable. He attempts to leave the stage several times and complains. While he has an almost superhuman ability to dance along, he never so much as smirks. When the show wraps up and the audience roars with applause, the camera lurks behind and above Cloud. It doesn’t move or fly with Cloud, but rather looks on at him. It’s an objective, distant gaze. The entire scene, with its flash and bombast, is meant to delight the player, but its construction does not give Cloud the space for joy.

All this is made worse in its context. Cloud is dressing up to appeal to a Harvey Weinstein type. Don Coreno abuses women, in plain view, and never loses power. While he will not succeed with Cloud, their confrontation has real menace. In both versions of FFVII, the very construction of the scene is cruel, and neither version of Cloud is written deftly enough to properly contextualize that. It’s no wonder that the various positive articles and posts about the scene never bring up Don Corneo.

I don’t need Cloud to be trans or gay. I don’t need him to subvert notions of gender. I, and the works of my peers, can do those things. I suppose I also don’t need a better version of this scene. But I want Cloud to have a moment alone, a smile, wondering at the selves he could be, wondering if he can escape the traumas that define him. He can resist or complain, but let him take joy in performance. Let him begin to imagine a self that is his own. The game does not grant him that. 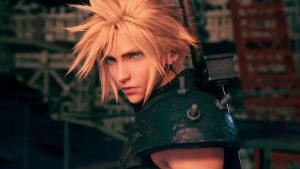 I do not begrudge anyone who finds power in either version of the Wall Market. Living in the world we do, I want us to treasure our messiness and our contradictions, the good and the bad. (For god’s sakes, I wrote about why Final Fantasy VII resonates with my trans experience). But why are we so determined to frame half-steps as progress, scraps as feasts? Why do we want to justify our personal experience in objective terms, rather than treasuring our own selves? Queer people deserve, we deserve, so much more. Fight for a space of your own in the works you love. If Cloud does not experience queer joy on screen, take it for yourself. Give yourself the space the game would not give Cloud. Let yourself smile in the mirror and wonder who you could be.