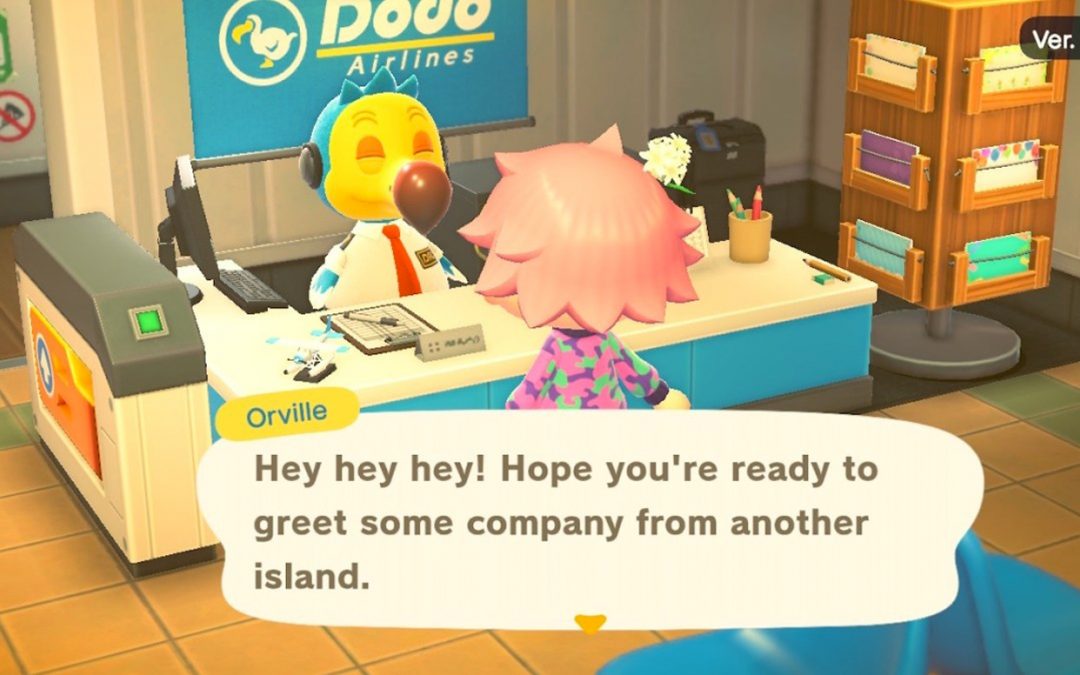 This is a piece of fiction written from the perspective of Orville, the dodo who works at the airport desk in Animal Crossing: New Horizons. Orville never leaves the 24-hour airport, but he sees me often as I jetset to my friends’ islands—and he sees the strange parade of my colorfully-dressed friends as they fly in to visit me. Being able to hang out with friends virtually is a comfort for me and many others during this trying time and has contributed to the major phenomenon that New Horizons has become. It occurred to me that Orville and the other denizens of the Animal Crossing world aren’t burdened by the same real-world troubles as we are, but they’re still witnessing the way they’ve affected the parts of the game I value.

You know, when I went into the airline industry, I thought it was my calling. There was something that felt so poetic about it. Dodo Airlines. My chance… my first chance… to get up in the air and see what the ground looks like from up in the sky. I thought I would be a pilot. I thought maybe I was born to be a pilot.

Well, not everything in life turns out the way you expected. It turns out that even with metal wings that were scientifically engineered to be aerodynamic, I still just don’t have the knack for flying. My brother Wilbur took to the skies like he had been doing it his whole life, but it just didn’t come naturally for me. I was nervous and jumpy in the air. I kept at it for a while—our mother didn’t raise a quitter—but eventually I had to accept the fact that I was just more comfortable on the ground, and perhaps that’s where I was meant to stay.

That’s how I came to work behind the desk at Dodo Airlines. But don’t worry! This isn’t a sad story about unrealized dreams. My story is about discovering what you were always meant to do, what makes you tick—even if it’s not the thing you thought it would be originally. Because, it turns out? I love working in the airport.

Sure, like any job, it has its challenges. I tend to work long hours, for one. And my wings weren’t really designed for doing so much typing. But it’s rewarding work. I get to sit comfortably in my nice office chair behind my nice desk and see everything that happens in the airport.

Airports are beautiful places, you know. I know people don’t think about them like that, usually, but they really are. The reason airports exist is because people want to go places. People come to me because they want to see new islands, experience new things. But mainly, people come to me because they want to be together with their friends. “I want visitors!” they’ll say to me. Or, “I wanna fly, can you check whose island is open for visitors?” Or, “I saw this rug that reminded me of my friend, can you send it over to them? So they know that I’m thinking about them?”

And I’m the conduit for all those connections. I’m the first one to welcome the excited faces as they get off the plane, excited to see their friends. I get to watch from my comfortable chair as friends spot each other, rushing in for a hug with their faces lit up in smiles. I’m the one who prepares their packages to be sent off, imagining how happy and loved they’re going to make somebody feel on another island. 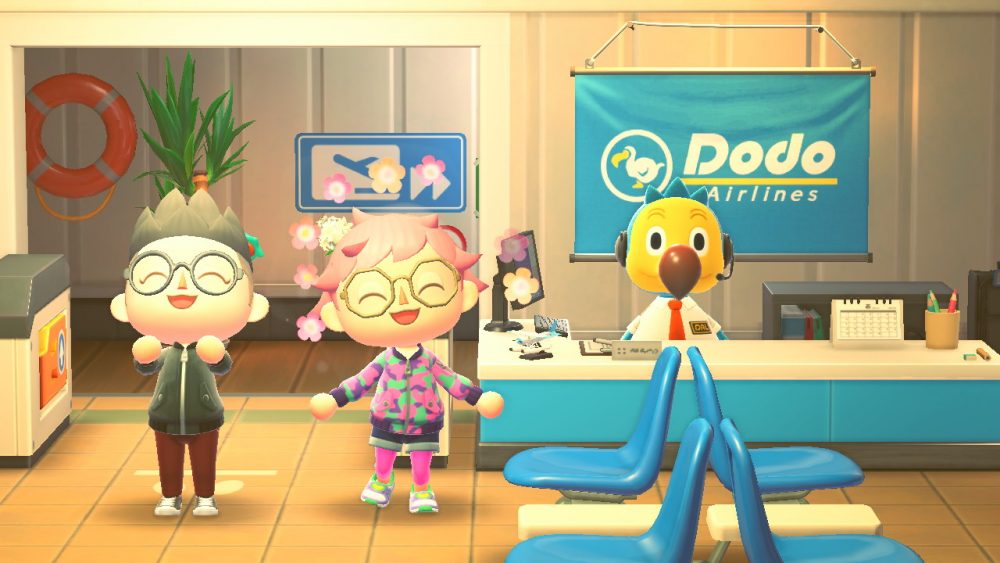 Recently, I’ve noticed that there’s something different about my villagers. They seem sadder. I can tell that they’ve been worried about something. They hug each other a little bit longer, a little bit tighter, like they’re clinging to each other through a roiling storm. I’ve overheard them saying things like, “I miss you so much” and “I wish I could see you,” even though they’ve visited each other’s islands almost every day. They’re asking each other to “please stay healthy” when they say goodbye. I don’t remember them ever saying things like that before.

I care about my villagers and I’m concerned about them. I’ve wracked my brain and I just can’t figure out what could be affecting them, all of them, and weighing on them so much. Of course, I only see a small sliver of their lives, which must be so much more complex than I understand. But based on their worried faces, I think whatever it is must be serious. I haven’t asked them what’s going on; I don’t want to overstep my bounds as an airline worker. I just wish there was something I could do. I wish they knew I was worried about them.

Yesterday, I was there when my local villager, Jameson, was seeing off their friend Kristen after she had come by for a visit. They hugged goodbye and then I heard them say, “I’m really glad that you’re able to come over like this. I’ve been so lonely, and it makes me feel normal, just for a little while.”

I suppose I don’t need to understand why they’re lonely or whatever it is that they’re going through when I can’t see them. And it doesn’t really help them to know that I’m worried. But there is something I can do for them: I can keep the airport open, be the thing that makes them feel normal, just for a little while. And that I can do.

I love working at the airport. And I, personally, will make sure that it’s always open for my villagers whenever they need it.