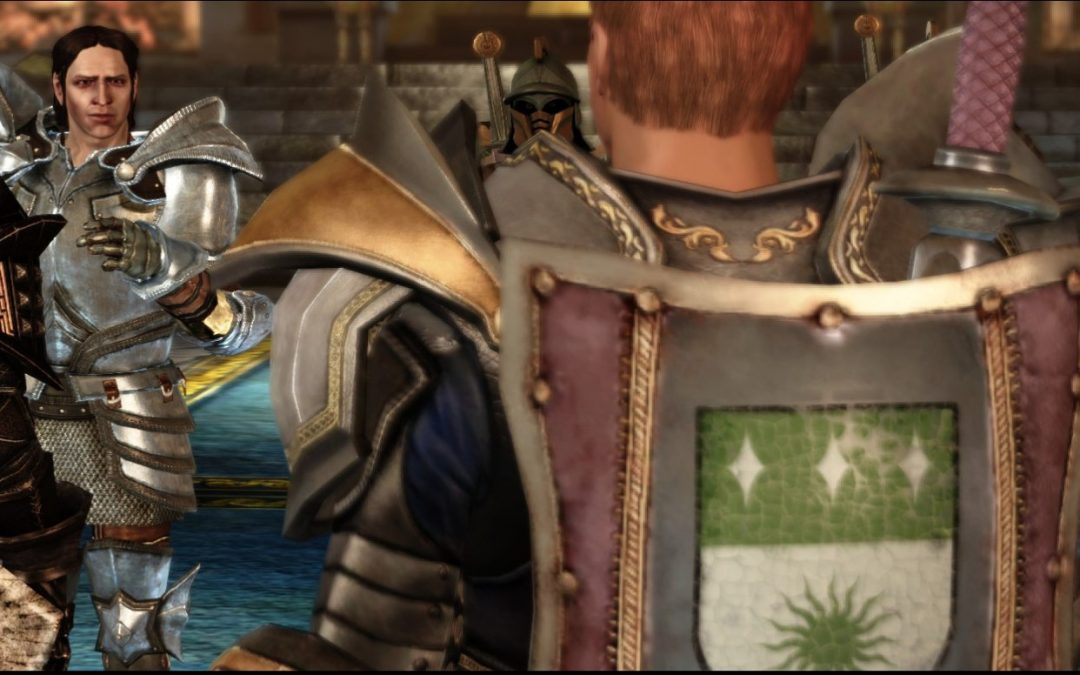 My pet theory up until last year was that only younger siblings who were forced to watch their older siblings play video games enjoyed watching Let’s Plays. My evidence: my brother, who used to hold an unplugged PlayStation 1 controller and pretend he was Sparx the Dragonfly when I played Spyro, and my husband, unfortunate child four out of five. Both of them spend their free time—when they could be playing games—watching other people play games; my brother a religious HermitCraft fan and my husband… well, I’m not sure what he watches, exactly, besides British people playing Hearts of Iron 4.

But not me. No, I, glorious firstborn, don’t have time to watch people play when I can be playing. I never had the patience for it; I tried, when my brother would play Oblivion or Fallout 3, to watch and swallow the urge to rip the controller out of his hand and show him the right way to play. This really only happened once, because he insisted on moving everywhere by jumping, which is fine in Oblivion because of the Acrobat stat, but does nothing besides cause motion sickness when watching someone wander the Capital Wasteland via bunny-hopping through a sewer. (He did not take kindly to it).

But that changed recently. I actually learned how to enjoy watching someone play without feeling that throbbing vein in my head getting ready to burst.

My first year in my MFA program, someone turned in a story that heavily featured blood magic. Now, being a Dragon Age fan, my first reaction was giddy excitement. My pulse quickened. Kill Bill sirens went off as my mind filled with questions. Was this a fellow Dragon Age fan? Were they knee-deep in the same obsession that I was? Was this a chance at friendship? So, I asked the inevitable question: “Have you ever played Dragon Age?”

No. They had not. But I was not the first person to recommend it to them.

But we became friends anyways, bonded by the mutual frustration of fantasy writers stuck in a workshop with people writing about divorces or whatever literary fiction writers think is important. And then, one fateful day, the week before finals, they were at my apartment, on my couch. We were engaged in our favorite pastime: complaining about class. They wanted a break, wanted to play a game. My husband came up to them, pressed our dusty ancient Xbox 360 controller into their hand and said, “You should play Dragon Age.”

And reader, they did.

They wanted to be a mage, which limited their origin to the Circle (though I had personally pushed for Dalish, my favorite origin and, arguably, the most relevant across all three games). They became a mage anyways, because duh, I’d done nothing but sell the blood magic angle to get them to play this game.

I tried not to push too hard for what I thought the best choices would be—most of the time. And I tried very hard to let them play a mage the way they wanted to, which consisted of walking as close to the enemy as possible and then casting a spell, and then walking closer and casting a spell, which had the double-whammy effect of both pulling aggro and drastically bringing down their DPS. But mages in Origins get so overpowered that it wasn’t really a problem for long. Besides, this was a new friendship, after all, and I didn’t want to scare them away. 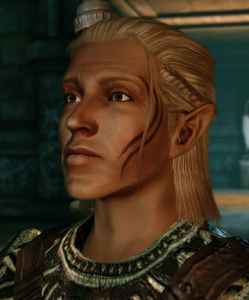 I love him, and you should too.

There were a few times that I did give my input. I very delicately tried to steer them toward romancing Zevran a few times not only because he’s the most lovable rogue in the series with a wonderfully sweet growth arc, but also because the combination of Circle mage and Alistair tends not to be the happy ending (although what is in this series?). But no, they fell for Alistair, the sweet baby bastard prince. And then I waited for the Landsmeet and the inevitable destruction this would bring their heart.

It took everything in me not to say, “This is going to end badly.” I wanted to. I waited with bated breath as they squeed over Alistair’s every sarcastic mark and sweet awkward flirtation. Instead, I asked questions about the decisions they were making (because they were decisions that I wouldn’t have made during a first playthrough):

Why did they let Isolde die in Jowan’s blood magic ritual instead of going to the Circle of Magi?

“This is all her fault!”

Why didn’t they want to make Alistair king?

“Alistair would make a terrible king. He doesn’t want to be king!”

And yeah, they’re right, on both points—my unnecessarily romanticized view of monarchy was such that my first playthrough instincts were to make Alistair king, and I had expected their first playthrough to go more or less the same.

But it was cool to see the world unfolding for them, and to be there to answer the questions they had with my decade of Dragon Age expertise. I was excited for their excitement in a way that I’d never been before when watching someone play a game I’ve already played.

And then, the big moment. The Landsmeet. They came out mostly triumphant in the first part, where they’d gained enough trust and evidence to make even the most ardent Loghain supporter look askance at the Hero of River Dane. Here came the moment where Riordan, the Grey Warden from Jader, asks to make Loghain a Grey Warden. I knew how that one was going to go, obviously; they were gonna say, “Fuck that.”

And then they didn’t. They shrugged and said, “Yeah that makes sense. There’s not a lot of Grey Wardens and he probably won’t even survive.”

Oh. Oh no. Now Alistair was about to break their heart in a totally different way than I expected.

Now, for those who don’t know or remember, you can either have Loghain or Alistair in your party, but you definitely can’t have both. So Alistair interrupted their agreement with Riordan to basically say, “I’m not letting you keep my mentor’s killer around and just pretend he’s worthy of being a Grey Warden.” (Which, to be fair, a not-insignificant number of Grey Wardens are recruited straight from being criminals, including Duncan. Anyway.) They kept pushing back against Alistair and after some choice words about how his love should support him, Alistair fucking quit. Just up and left.

And I couldn’t help but… laugh? Not in an “I enjoy your misery,” way, but a “wow, I can’t believe that happened.” Because it was so unexpected for them and it was unexpected for me that they’d push him that far—generally speaking, Alistair is an affable guy, except when he doesn’t get his way and he gets a little petulant. But for him to just leave was so startling for them that they didn’t know what to do (which ended up being reloading while still kind of screaming).

And those unexpected moments, the way characters have their own agendas, are often what make Dragon Age worth playing. But also, the shared experience of seeing the game and its world unfold in a fresh way for someone else was almost like playing it myself for the first time, a heady mix of nostalgia and shiny new experience. I enjoyed it so much that, rather than go back and replay Origins (which I had so often itched to do while watching them make different choices than me), I watched them play both the sequels. And while I don’t suddenly have the urge to watch some YouTuber create a communist Latin American conglomerate and overtake the United States in a World War II simulator, I understand getting excited seeing someone else play a game that I could be playing and watching them make the off-the-wall choices I might never make myself. And maybe, when I get the urge to replay a game but don’t have the time to fully commit, I’ll turn on a Let’s Play and watch a new world open up for someone else.