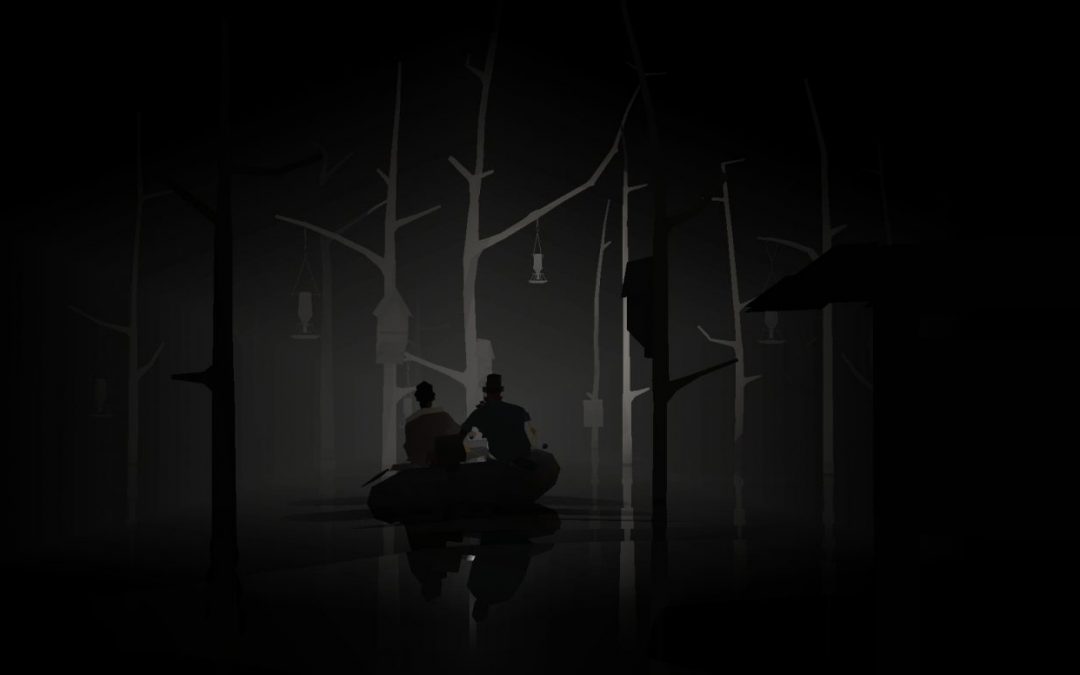 According to Steam, before this week I’d last played Kentucky Route Zero in 2014. I was a different person in 2014: fresh out of college, working at a terrible job, my dreams of writing but a twinkle in my eye. I played games, sure, but it wasn’t until the next year that I’d start writing about them, really considering them as cultural objects and not just fun ways to pass the time.

I wasn’t ready for Kentucky Route Zero. I played it and felt as if I was falling into some dreamlike wonderland with commentary I didn’t really understand. I saw that something was going on there, something interesting, something that spoke to some deeper part of me that wasn’t quite ready to receive the message. What I remember most is not the story or the characters, but the feel of it—Kentucky Route Zero, to me, was like watching a movie half asleep.

It’s been that way ever since. I plowed through the first three episodes in 2014, when I first bought the game. When episode four came out in 2016, I was struggling with work/life balance and never made time for it. “I’ll play it when the next episode comes out,” I told myself, and then began to doubt whether that fifth episode ever would come out.

And yet, the idea didn’t make me sad. Yes, I’d abandoned Kentucky Route Zero having played only 3/5ths of the story and I’d forgotten most of it, but there was something kind of beautiful in this hazy, melancholic memory of it. What I remember is not the story, but the scene of Junebug singing, a scene I’ve looked up many times since because its beauty is so haunting. I remember the moment when all your choices collapse into one—drink—and how I wondered if it would be better to just turn the game off, instead.

The Zero is a liminal space where strange things happen, where—to my memory—the characters exist/don’t exist between the world of reality and the world of metaphor. Or maybe I’m wrong—it’s been five years since I last played it and I missed an entire episode, so it’s possible that things have so radically changed in the story that I’m making a fool of myself by voicing this half-remembered idea of what the game might be.

But that’s what I love about it, the idea that the game, like the Zero, is this dreamy liminal space. I have relished waiting for this final episode. These years when I haven’t known when or if the final episode is coming have created an almost hopeful mythology around it. What will the future bring, if it brings anything at all? I don’t know! I love this space, this potential, for anything at all to happen. I haven’t been impatient—for the last episode, nor for the time to play it—because the spaces between, the contemplation and anticipation, are just as important to my enjoyment of a game like Kentucky Route Zero as the play itself.

If I had plowed through all five episodes back in 2014, I might only be left with this dreamlike appreciation that something interesting is happening in Kentucky Route Zero‘s story and mechanics. I wouldn’t have understood much of the cultural commentary on a level that I could talk about. With six years passing since then, I’m more equipped to care about its themes, particularly in comparison to other games of its kind.

And this isn’t unique to me, either, as much as this is a story about me and why I’ve been happy to wait. We’ve all changed in six years, or four years, or however much time has passed since we first played the game. The game itself has likely changed in that time period. It may be a coincidence that the previous episode and the newest episode are releasing in American presidential election years, with the years between being times of increasing class consciousness and social movements. But it being coincidental doesn’t mean that there is no impact of these shifts on the game—had episode five come out in 2014, it would likely be a very different game than what we’ll be able to play this week.

I’m approaching episodes four and five with excitement and curiosity. I think I’m ready for it, after six years of waiting and growth. I think Kentucky Route Zero is ready, too.