Recap: In Life is Strange #9, The Truth Comes Out 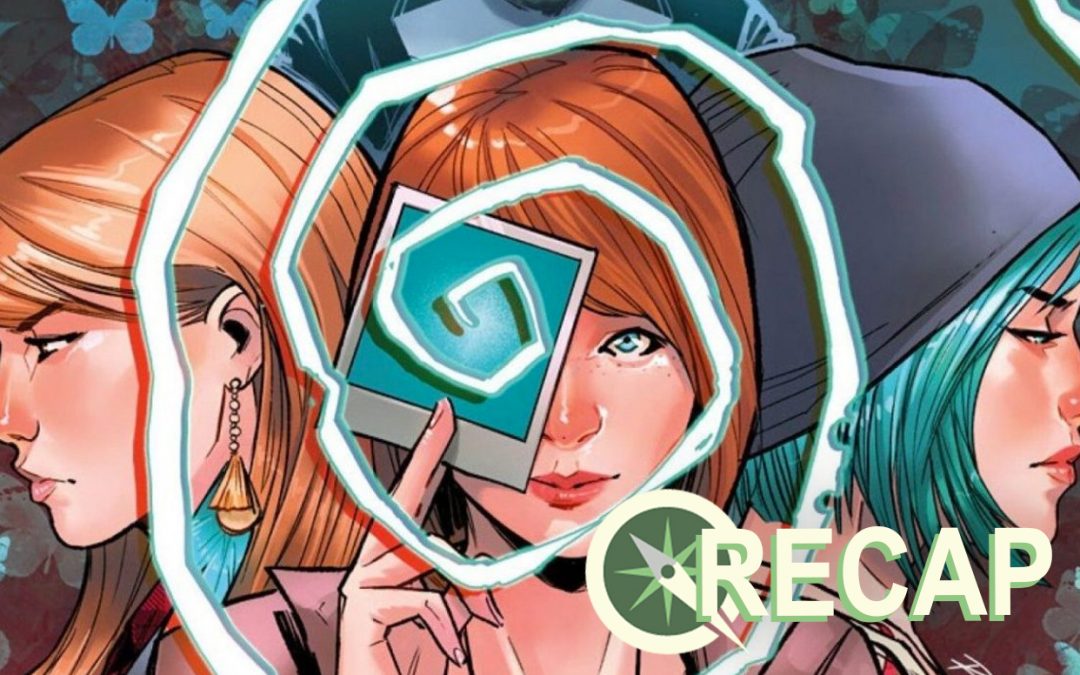 Life is Strange: Waves wrapped up in Life is Strange #8 with more questions than answers. Life is Strange: Strings kicks off with a promise to search for them, but it takes its time. Before the audience can get answers, Chloe and Rachel have to catch up with what we already know—and that’s a lot. As a result, not a whole lot of concrete plot developments rear up. This issue takes a step back and gives the characters space to process what’s going on and what they learn.

After getting to know the Santa Monica Dream versions of Chloe and Rachel and how they fit in with our Max, writer Emma Vieceli takes things slow while everyone absorbs what Max has told them. With the truth comes a sense of betrayal. Good intentioned or not, Max has been lying to Chloe and Rachel for years. It’s a fundamental violation of trust that won’t be easy to truly get past. It’s only made worse by the fact that Max’s search for answers seems to lead her away from Chloe once again.

Chloe’s pain is our pain

Throughout Waves and Dust before it, Max has struggled with accepting responsibility for her role in events. She doesn’t really know how to do it—even before she could rewind time and literally undo any repercussions, she would turn away and hide her head in the sand. Ignoring Chloe’s attempts to keep in touch after moving to Seattle, or simply not telling Chloe that she was back in Arcadia Bay at the beginning of Life is Strange, Max chooses the easy way. By finally telling the truth she has started to own the mistakes she made in the past and the consequences she’s always tried to outrun. After two years of seeming bliss in Santa Monica, Max can’t forget the world she left behind—and the Chloe she left there.

Rachel quietly shines in Life is Strange #9. The knowledge of her own death shakes her and coming to terms with it forms the emotional core of the issue. She has my favorite moment in the issue—and one of my top moments in the series as a whole—as she finds herself isolated and lets her fear and grief overwhelm her. She’s hopeless until she sneaks away to the gang’s favorite cafe to try to understand what she’s learned and finds herself getting unexpected advice from my new favorite character, the keyboardist of the High Seas, Dex, and his rockin’ green hair. Rachel’s perpetually confident facade is cracked while she thinks about what-might-have-beens, but Dex helps her repair that crack—or begin that process, anyway. 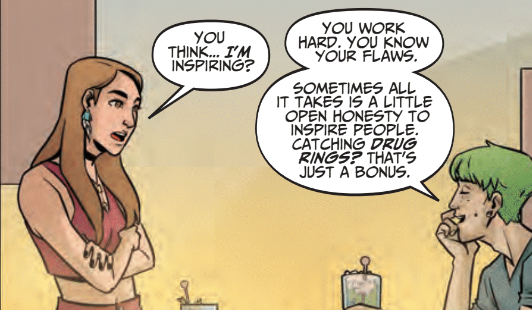 Dex is new, but his pep talk game is excellent

In any exposition-heavy story, the artwork must be expected to do extra work. Claudia Leonardi and Andrea Izzo are, as always, on top of it. Rachel is isolated not just from her friends but also from anything else in her scene—everything is out of reach and she’s left with just herself. The environment is simple and uncluttered: just Rachel framed in the doorway, all alone. Throughout the issue, Rachel is drawn showing her vulnerability. She clings to Chloe for strength while they’re together, and is visibly lost and adrift when Chloe vows to help Max (which—wow, how emotionally adjusted is Chloe? Not only is she okay with Max leaving her, she’s going to help?). The isolation continues until the very tail of the issue where Chloe announces she’s going with Rachel on an upcoming tour.

Life is Strange #9 is a setup issue, and like LiS #1 and LiS #5 kicking off their respective arcs, the creative team is happy to let things simmer. The pressure is there, though, as coincidences continue to stack around the High Seas. Tristan tries to see just how far he can push his powers in ways that are absolutely destined to blow up in his face. Leonardi and Izzo have made plans and set them in motion; we’ll have to wait until Life is Strange #10 to see just what’s attached to the strings this arc gets its name from.

Read about the rest of Life is Strange: Strings here.