Review: Off the Record Made Me Sad and Happy I Don’t Own a Record Store 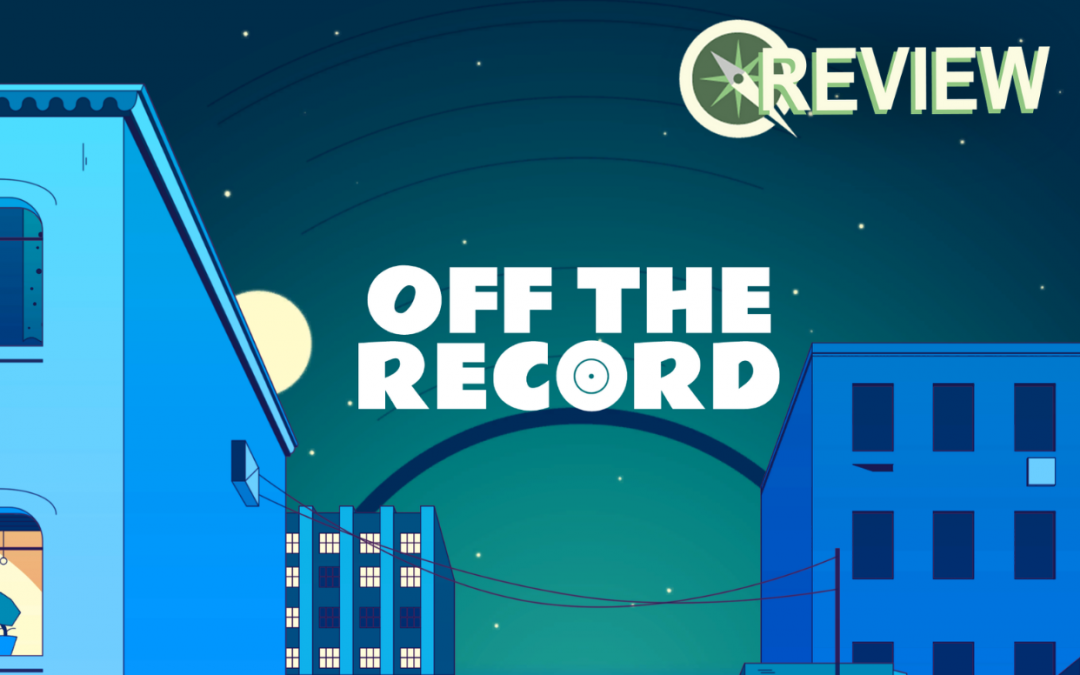 Created by Eight Bit Skyline, a one-man studio, Off the Record puts you in the shoes of an indie record store owner. With traditional point and click mechanics, you open the shop, help customers find what they’re looking for, and hope the business stays afloat despite low sales. Each day of the seven-day week you play through brings new challenges. How do you handle a music snob? What record do you recommend for a guy trying to seduce his girlfriend? Which Radiohead album is best?

Record stores are not as plentiful as they used to be, with sales dwindling in favor of the ease of digital music. This is something that’s key to the Off the Record experience, as you’re courted by someone who wants to buy your shop while your accountant tells you this business has no future.

It’s depressing, but there’s value in that. When I first look at the world of Off the Record, I think, “I want to live here.” Everything is candy-colored and the sky spins on a giant turntable. There’s an independent record store where I, the owner, have the power to give counter space to what is no doubt an extremely shitty band because I want to support the local music scene. 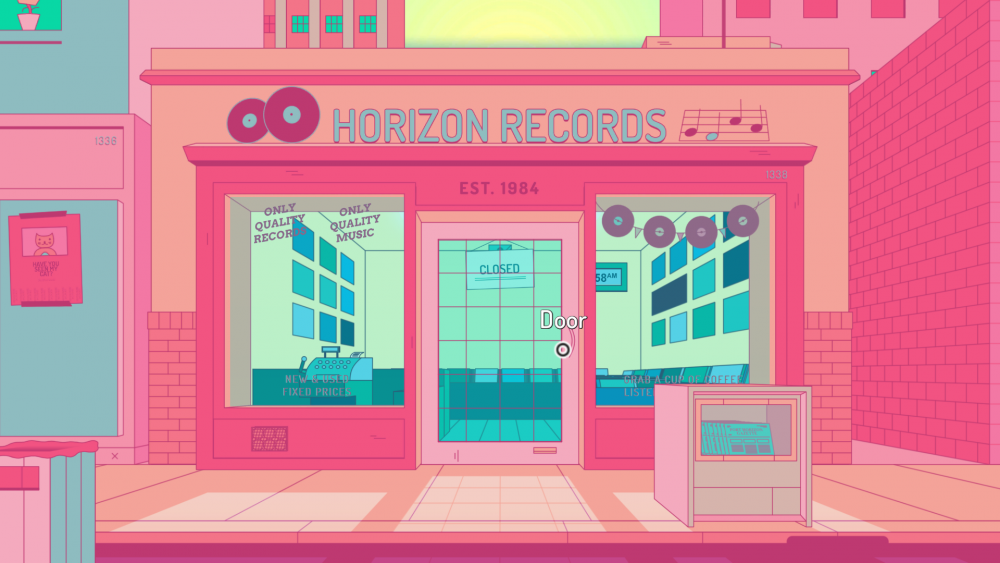 “Don’t trust suits,” warns graffiti outside your shop. Do you trust it? Do you sink with the store or sell out, figuring that if the shop is going down, you might as well make a few bucks off of it?

In my first playthrough, I listened to the graffiti. I trusted no suit. “Fuck the man,” I said, and let my record store crash and burn, comforted by the knowledge that I had put something good into the world, however temporary. A band had gotten signed. A lost girl had gone home. A guy hooked up with his girlfriend for the first time to Weezer’s Pinkerton. Little things, but good ones.

The same things happened in the playthrough where I sold the record store, except that I ended the game $10,000 richer. In one sense, that feels more like “winning.” Things were going downhill anyway. Why not make something for myself before the store tanks?

It’s a logical decision. And yet it sticks with me. The frustration is only minor, but I can’t help but be a little angry at that owner, so quick to sell the shop. What if things had gotten better? What if we’d, I don’t know, held a bake sale or had that band we helped get signed play a show in-store, with a purchase as admission? What if things were just about to turn?

It’s not that I think things will always work out. In all likelihood, any number of indie record store owners have done exactly what I wish I’d done in Off the Record and regretted it. But there’s a part of me that needs to believe in the possibility, even as I recognize that it’s unlikely.

And Off the Record doesn’t resist this interpretation. Regardless of what you choose, it ends without telling you the ultimate fate of the shop. Maybe things are okay. Maybe they aren’t. What you’re left with is the memory of having made something good, something worthwhile, and the sadness that it can’t last forever.