Review: Dial Your Way Through Eerie Worlds In Strange Telephone 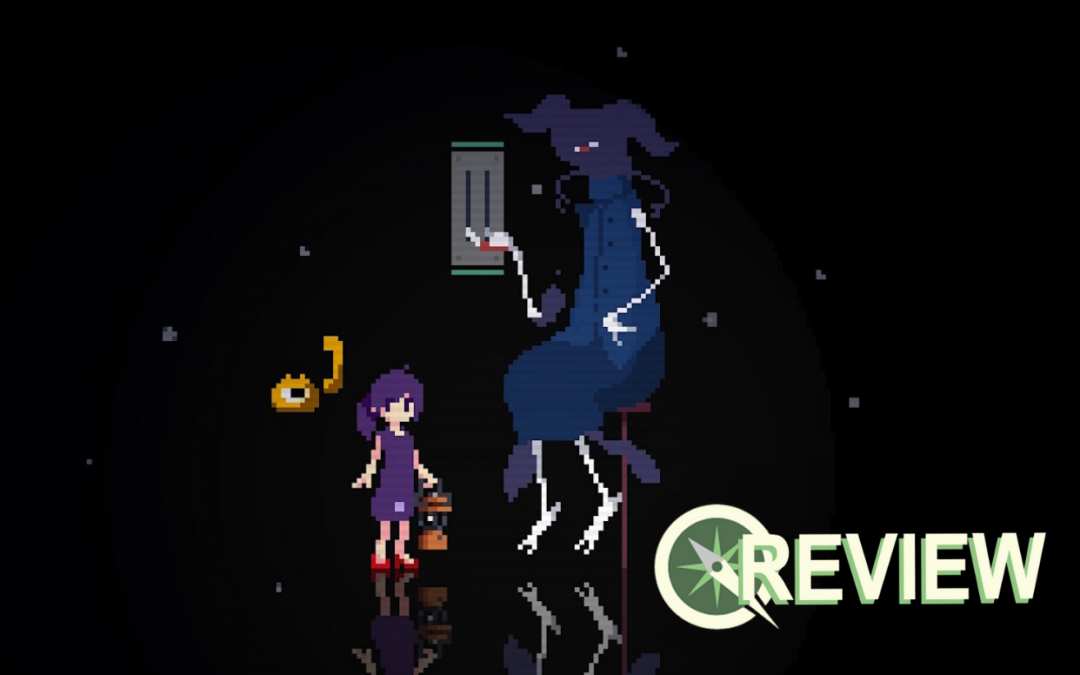 Strange Telephone doesn’t give up much to the player in terms of what it’s about, and that’s by design. Originally a mobile game, it’s now available on Steam and Nintendo Switch and the premise is this: you play as a purple-haired girl named Jill who wakes up in a strange dimension in front of a large, locked door. You are accompanied by a sentient telephone and, by calling different six-digit numbers on it, you can be transported to different strange dimensions to explore, collect useful items, and try to find a way out from the strange situation that you’ve found yourself in. But you can’t just wander around there forever! The worlds you’re exploring will get glitchier the longer you stay in them, eventually being destroyed completely.

The game itself feels beautiful and strange. Both the art and the music are well designed to be atmospheric and sometimes creepy. The pixel art, combined with the gorgeous color palettes, creates a striking aesthetic. The art struck me immediately because the first room you get dropped in, the “core” world, has a beautifully rendered reflective floor. The other dimensions share a similar characteristic, but do a good job conveying different feelings—some are serene, some are busy, some are very tense. All of them feel somewhat alien and at least a little bit creepy, giving off the sense that you are in a place you don’t understand and where you don’t really belong. The glitch mechanic reinforces that feeling: the art gets creepier over time and it gave me the feeling of diving into an alien place, exploring for as long as I could, and then retreating to safety to regroup for my next attempt. (Although you can always return to whatever world you were last in by re-dialing the number for it, so there are no real consequences to returning to the core world and then immediately going back to where you just were.) 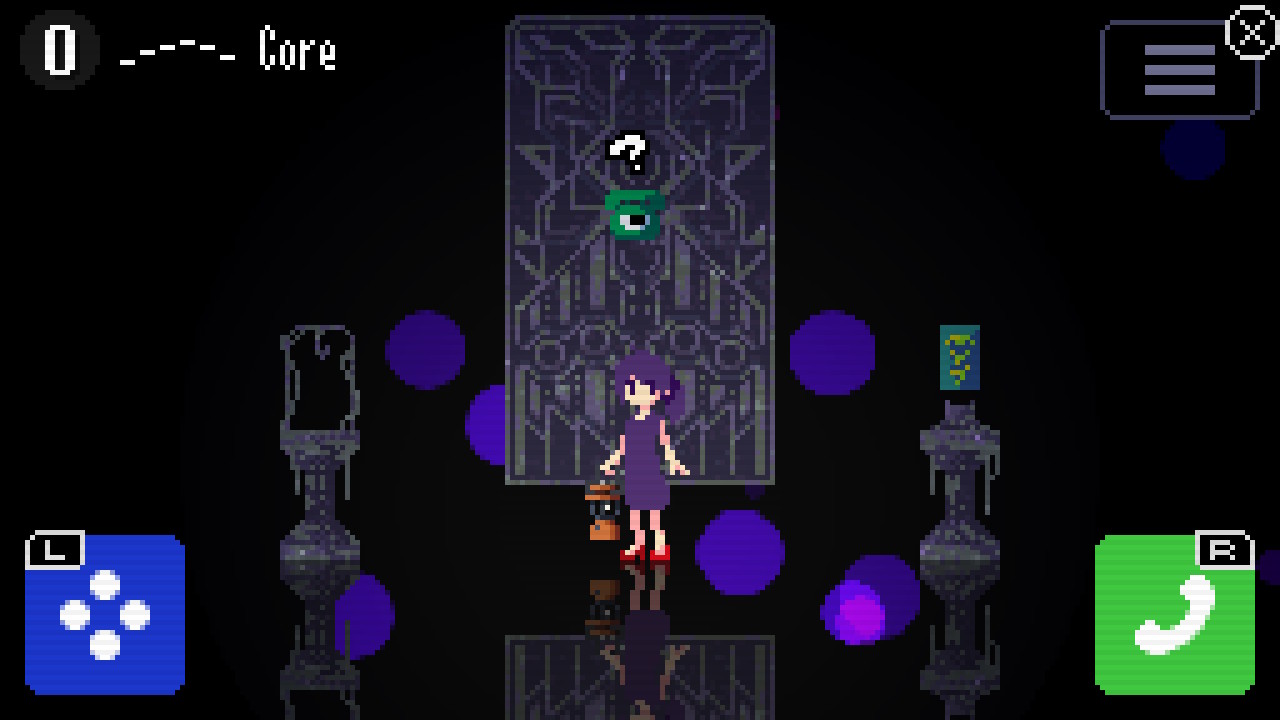 To be honest, Strange Telephone is confusing. On the one hand, that’s part of the atmosphere. Not being sure what to do next really made me feel like I was lost and adrift in a strange place. I spent the first hour or so just wandering around from world to world, collecting items without really understanding what they were for. Still, having new items in my inventory made me feel like I was making progress, like I was a little closer to… something. Like I was trying to figure out the solution to a problem that I couldn’t quite explain.

There are a few dozen different dimensions you can visit, but hundreds of thousands of six-digit combinations, which means you encounter variations of the same worlds over and over. It was off-putting at first, but the more I wandered, the more dreamlike it felt. When you walk in and out of the different stages and the music changes, it evokes the feeling of having a scenery change in a dream and immediately forgetting what you were doing. That déjà vu, “wait, I’ve already been here” feeling reinforces the impression that dream logic is at work. 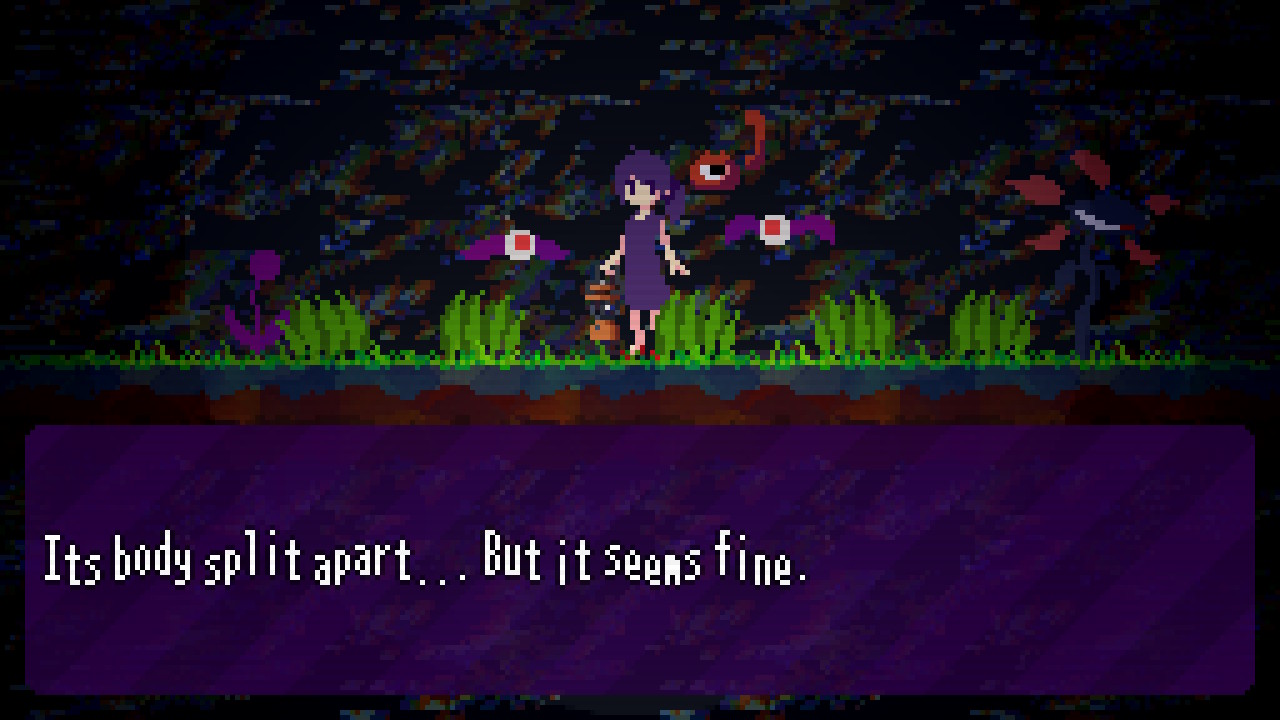 On the other hand, it eventually became frustrating that I didn’t know how to proceed. I felt like I was playing the game wrong—the literature made it seem like it was a game where I’d be dialing lots of phone numbers, but I was mainly walking from screen to screen, hoping to stumble across something new or important. But with so many combinations, just wandering around forever wasn’t a good strategy. Trying numbers at random wasn’t much better; I felt like I was looking for a needle in a haystack.

I decided that I needed to look up some hints online. (They advertised 11 endings and I couldn’t even figure out one!) I felt bad about it at first, like I was cheating, but as I started reading more about the game, it started to become apparent that I was kind of playing it wrong and that the creators encouraged people to share numbers with each other. That made sense: trying numbers at random wasn’t a sensical strategy for a single person playing alone, but a gaming community trying numbers and sharing them with each other could cover a lot more ground. Looking up hints online felt like looking numbers up in the phonebook—which was also kind of immersive, in its own way.

I realized another thing once I started looking to the online community for answers: that I never would have figured all this out on my own. The guilt I felt for “cheating” melted away as I found myself muttering, “how would I have ever known to do that?” It reminded me a lot of Japanese escape room games, where solutions are unintuitive and often involve clicking all over a screen looking for the few pixels that you could interact with. I love these kinds of games, but even though figuring out the puzzles myself feels rewarding, I nearly always need help from walkthrough guides to get all the way to the end. Strange Telephone felt the same. 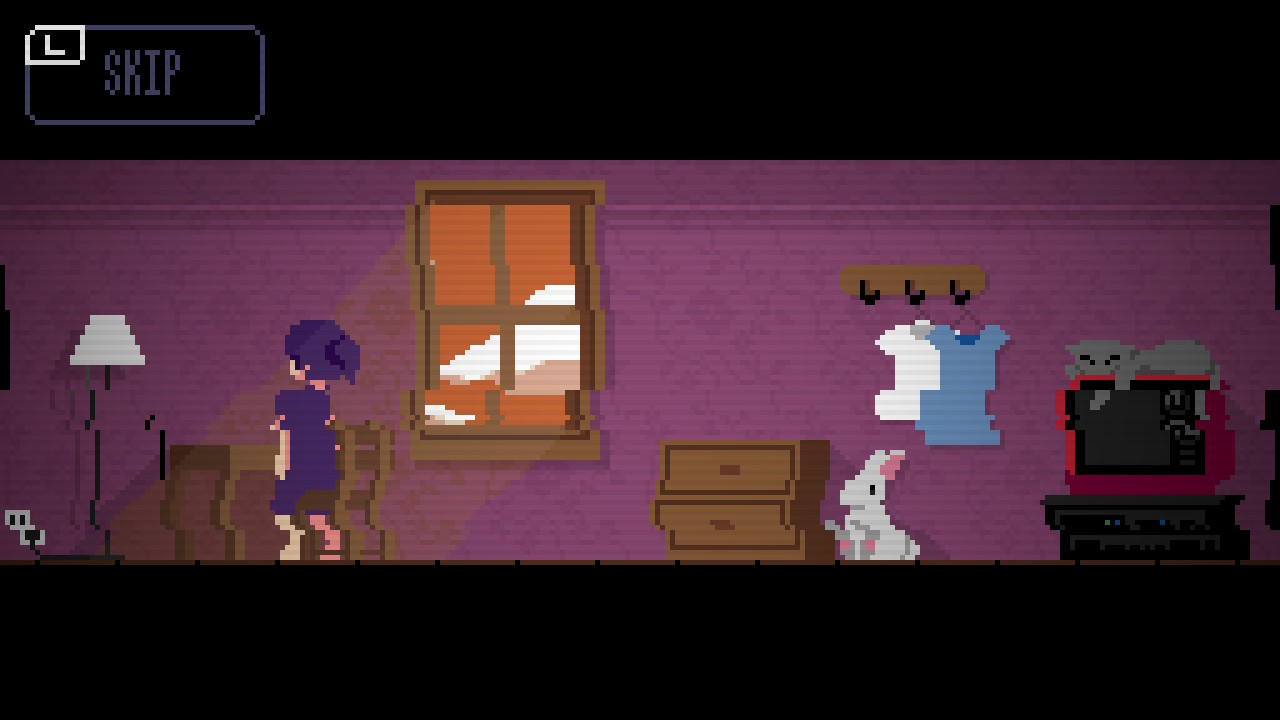 Once I forgave myself for accepting help, a funny thing happened: I started to really enjoy the game again. Walkthroughs or not, I was having a lot more fun when I was immersed in the aesthetic, rather than banging my head looking for answers, so perhaps the game would have been better if it was a little more intuitive.

I hadn’t anticipated wanting to “play again” to get all the different endings, but since you’re dropped right back where you were without losing any progress after finding one of the endings, it felt like collecting fun sidequests than tedious work. Of the 10 endings I got, two were essentially fail states. Of the other eight, I figured out three more or less on my own. (The “True” ending was not among them.) Many of the endings were silly, but that also added to the surreal quality of forgetting where you’ve just been—finding the endings felt like getting wrapped up in different kinds of dreams. My favorite was called “A Night Wind” and just featured my character pensively looking out on a creepy sky from a balcony. It was mellow: a little whimsical, a little otherworldly. 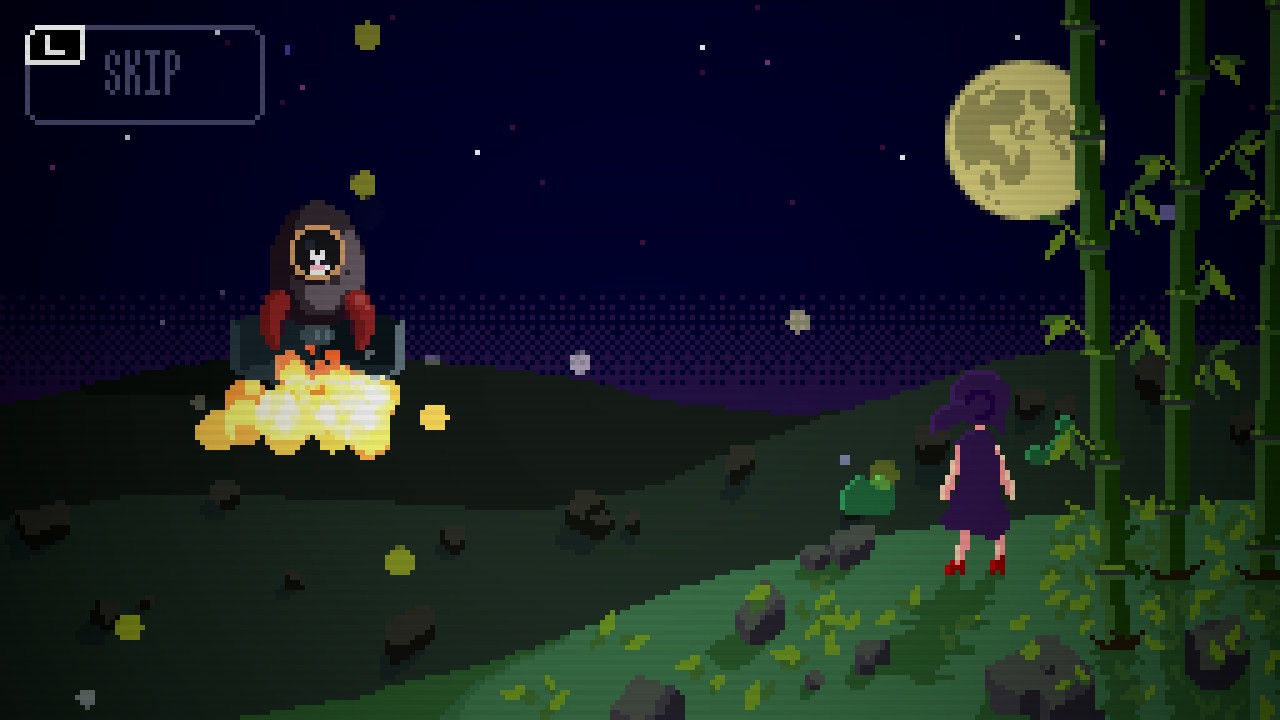 I appreciate games that make you feel like you’ve been transported somewhere, and that’s what Strange Telephone did for me. I enjoyed the gentleness of it; creepy, but never stressful, like a calm walk through a scary place. But unless you like super fiddly puzzles (and I know some people do), I recommend experiencing it the way I did—take a leisurely stroll, call a few numbers to see what you find, talk to some friends about it, and then when you start to get too frustrated to be having a good time, don’t feel bad about borrowing from the wisdom of those who came before you. You might be lost, but you don’t have to be alone.