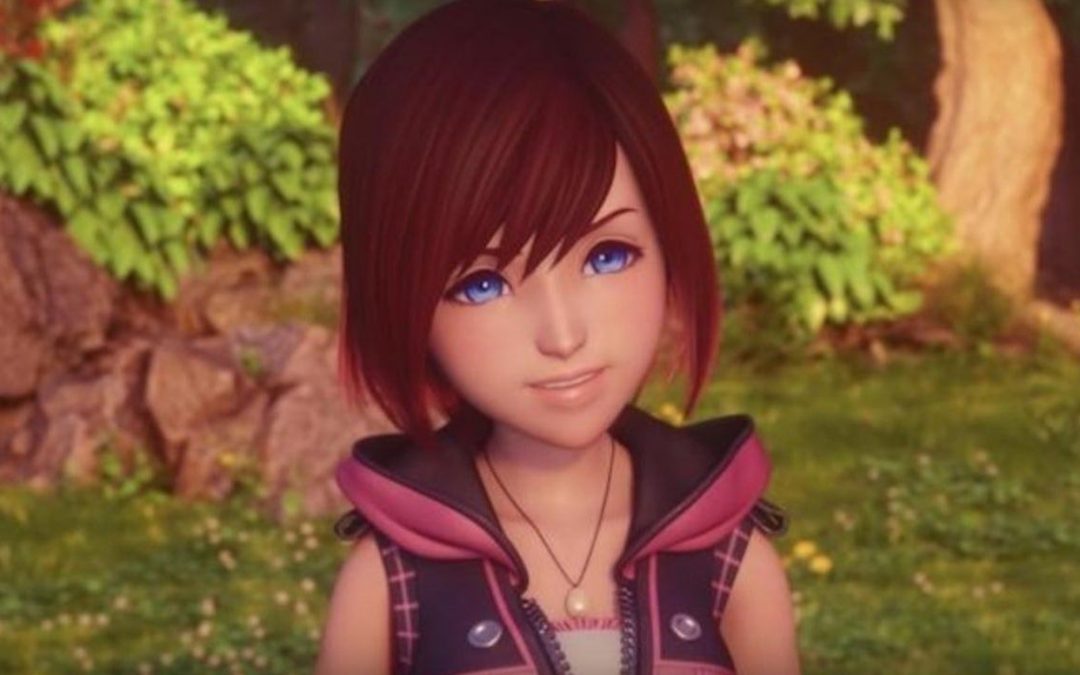 A lot of us have that one series or property that we consider formative to who we are. Maybe it’s Star Wars or a horror movie we’ve watched once a year every year since we were six, or a game we’ll replay over and over to re-experience the magic of that first playthrough, but we all have that one thing that deep in our hearts we consider home. For me, since I was 14, it’s been the Kingdom Hearts series. I met my high school friends through the first game, and almost two decades later we still met up to talk about the eleventh (don’t hold me to that number) installment of the series, Kingdom Hearts III.

I grew up with crushes on Axel and Aqua, and I think we can all recognize that Riku and Sora’s deep friendship is made of the sort of stuff that even the best romantic dramas often lack. As confusing and convoluted as the story can be, I will always be grateful for the many hours of conversation it’s given my girlfriend and me as we try to work out whether the Master of Masters is a lying jerkface who orchestrated a string of tragedies on purpose. 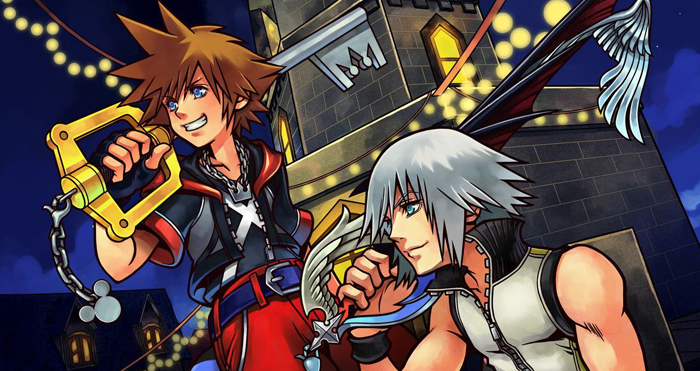 Of course, I had my copy of KH3 preordered before Amazon even had a real release date. This actually turned out to not matter when I ended up at GameStop at 8:45 the night before release to pick up a copy from there instead, as one of the lucky ones who got their hands on the game three full hours in advance.

The game is largely everything that I wanted and needed it to be after a decade and a half of waiting. The nostalgia hit me in the face almost instantly with the excessively beautiful rendition of “Dearly Beloved” and the soothing artwork of Sora standing on the beach. The opening is a quick visual summary of everything that’s happened throughout the long series, a lot of which I imagine might be hard to follow if you haven’t played All Ten Games before it. The graphics are stunning, the music is incredible (the Twilight Town theme? Pure bliss), and the fighting mechanics are fun and easy to pick up. It’s almost a perfect game. It could have been a perfect game. But Kingdom Hearts III didn’t seem to like some of its worlds and characters very much, and that fact shone through the sparkling veneer very clearly.

For anyone who has no idea what the Kingdom Hearts series is about (valid), it’s a video game amalgam of Disney characters and settings, Final Fantasy characters, and original characters. They all have adventures together involving an increasingly complicated plot that takes literal hours to explain in full, but which is centered largely around Sora and Riku, its main leads.

And the fact that I can only single out Sora and Riku as its leads is one of the problems of the series, and more specifically, Kingdom Hearts III.

Kingdom Hearts II saw its most prominent female character, Kairi, mature into a confident teenager determined to stop waiting around for Sora to return. She’s given a keyblade of her own and fights back to back with Riku during the last stretch of the game. The implication, at least to my 15-year-old mind, was that the next game would see her come into her own as a proper Keyblade master, fighting side by side with Sora and Riku and taking a more central role in the story.

Unfortunately, Kingdom Hearts III goes the opposite way with her, regressing both her personality and appearance by several years to that of a timid pre-teen who’s writing letters she won’t even send to a boy she seems to be pining after. (See Tia Kalla’s fantastic article on the series’ treatment of women as a whole and why it’s been a constant problem.)

And I want to make this abundantly clear before the mob shows up: I love Kairi. She has always been full of potential and I am desperate to see her become a central character of the story, but KH3 leaves me feeling like the team actively dislikes her. Kairi is infantilized, shoved to the side, and stripped of all the strength she began to show in KH2. She’s spontaneously killed off in the final act, only to be used as a set-up for the next game in which she likely won’t have a strong presence either, seeing as she and Sora have once again been separated. Could the next game focus on her as a character entirely separate from Sora’s story and just as important? Absolutely. But historically, that’s never been the case and I’m not holding my breath now.

I wanted to see more of Kairi in KH3, and I wanted to feel like she is as important to Sora and Riku as they are to each other. But Kairi and Riku didn’t speak two words to each other or even really acknowledge each other’s presence throughout the game, and Sora and Kairi didn’t really have much contact either, with only one or two key scenes where they properly interact. The game goes so far as to undermine the sentimental “Paopu Fruit” scene by at first having Sora crane his neck to figure out why Riku is sitting alone a few yards away. Kairi, meanwhile, tried to get his attention and keep it for longer than 30 seconds.

The truly unfortunate thing is that the writers for KH3 showed that they’re capable of writing female characters who are important to every friend in their specific trio equally, such as Xion and Aqua. But Sora didn’t seem to seek her out to spend time with her even during the Paopu Fruit scene, and she and Riku don’t interact in the entire 10 hours of cutscenes. The “Destiny Trio” is effectively Riku and Kairi revolving independently around Sora.

Even Kairi’s design in KH3 suffers. She seems much shorter and physically smaller than she did in KH2 in comparison to the other characters, whereas in KH2 she was roughly the same size as Sora, who has not gotten taller or slimmer in between the games. 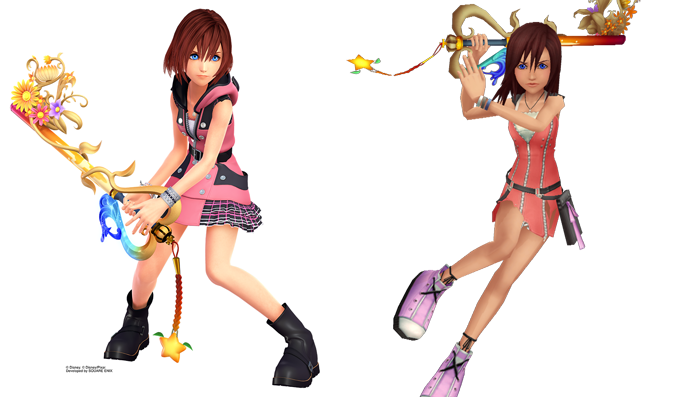 But Kingdom Hearts III didn’t only have a problem with Kairi: it seemed to dislike its Disney worlds as well. While Monsters Inc. and Toy Story (two Pixar properties) have fully-fleshed-out original storylines that thoroughly incorporate Sora and his friends, the Disney worlds feel thinner, with short stories that Sora barely gets to be part of.

In Arendelle, Frozen’s world, Sora spends the majority of the plot attempting to catch up to either Elsa or Anna, only to reach a location in time to witness scenes from the movie. He barely interacts with any of the protagonist princesses, and he gets hurled off the icy mountain at least twice during his attempt to reach Elsa (spoiler: he never actually gets to really talk with her).

In past KH games, we’ve gotten party members from Disney worlds to hang around with us throughout the plot. In Space Paranoids, you have Tron in your party, and in Beast’s Castle, Beast becomes your party member. But in Arendelle, where I expected we might get Anna or Elsa or even Kristoff we get… the giant frozen snowman.

Corona, Tangled’s world, is at least a little better in that it gives you small interactions to have with Rapunzel during the first half of the world, such as splashing her with water or ferrying a crown of birds to her. It immerses you in the world and makes you feel like Sora is legitimately part of the story. But too quickly, you’re ripped away from the main characters for long stretches of time until the last twenty minutes of the world are spent trying to catch up to Rapunzel and Flynn in the tower for the final scene and boss fight.

By contrast, the worlds of Pirates of the Caribbean and Big Hero 6 suffer from too little story and would have benefited immensely from short scenes with characters interjected in between swaths of exploration. Big Hero 6’s world, San Fransokyo, has a story that feels rushed and brief, leaving the majority of your time spent in that world to explore the city and play Hiro’s minigames. The Caribbean world introduces what seemed like an interesting subplot for Sora when Tia Dalma approaches him asking him to release her from her human form. I waited excitedly to see where that plot would go, only to find that when you catch up to the leads again, Calypso’s already been freed and Sora’s left with nothing to do outside of beating the boss fight. The plot is once again too short, with most of the time spent in that world allocated to exploring the islands looking for ingredients, chests, and lucky emblems. There’s something telling about the fact that in both Monstropolis and Toy Box, the two worlds with exclusively male leads and no active female characters in sight, are the two best-developed licensed worlds. It’s possible that the lack of development of the Disney worlds is strongly tied to the series’ general dislike of focusing on female characters as a whole, given that outside of Big Hero 6, the neglected worlds all feature strong female leads.

It’s even more obvious that Kingdom Hearts III is rushing through the Disney worlds the further into the story you get. Once we reach the last third of the game, starting with the Keyblade Graveyard, the plot picks up and takes off on a wild ride that’s engrossing to the very end. But the first two-thirds of the game are almost a chore to get through, which makes me feel like they were a chore to develop.

Kingdom Hearts III might not feel as hollow as it does if it focused on its female characters at least half as much as it focuses on its male characters. If nothing else, it could have delivered on the promise of KH2’s Kairi, who seemed determined to strike out independently of Sora and forge her own story.

I’m hoping that future installments of the series (because oh yes, there will be more) will take a little more care to develop the areas that aren’t directly related to the core cast of characters, particularly when that cast is predominantly male. I want to enjoy playing all of a Kingdom Hearts game, not just its male-led areas.

I also hope that future installments will finally push Kairi into the center of the story as one of the New Seven Lights, giving her more agency and development and a stronger presence that’s less dependent on Sora being around. Nomura’s teams are clearly capable of writing interesting female characters, as evidenced by Final Fantasy VIII and The World Ends With You; it just seems to be a matter of them actually wanting to do it.