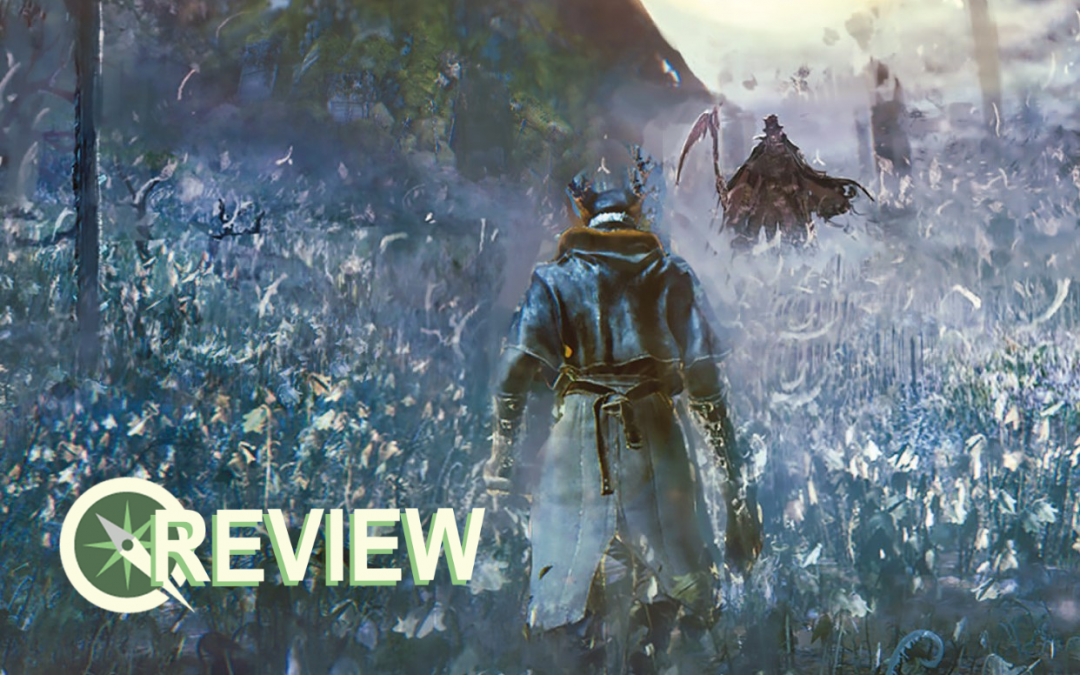 Like most FromSoftware games, if there’s a single word that describes Bloodborne the game, it would probably be “punishing.” It’s set in the Gothic, Victorian city of Yharnam, where Hunters roam, seeking the source of a mysterious infection that’s turning the city’s residents to beasts. Naturally, though, the beasts and the gods watching over Yharnam don’t make it easy to do so.

Sidequest was provided with a free copy of Bloodborne in exchange for a fair and honest review.

The Hunter’s path is a perpetual cycle of killing and dying, and it’s in the midst of this cycle that the Titan Comics Bloodborne series picks up. The comic, which has been ongoing since 2018, is written by Aleš Kot, with art by Piotr Kowalski, colors by Brad Simpson, and lettering by Aditya Bidikar. The first arc, titled “The Death of Sleep,” will feel familiar to anyone who has played the game. It follows the Hunter as they attempt to transcend the Hunt and break the cycle once and for all.

Instead of focusing on the Hunter, the second arc, “The Healing Thirst,” focuses on two characters attempting to find the root of the infection. The third arc, “A Song of Crows,” dives figuratively and literally into the backstory of Eileen the Crow, a non-playable character in the main game. The fourth arc, “The Veil, Torn Asunder,” follows a man as he travels through Yharnam and witnesses its descent into a city of beasts.

While only two of the four arcs are about recognizable characters, the comic highlights one of Bloodborne’s best features, which is its gorgeous, nightmarish, and all-around unforgettable storytelling. Kot, Kowalski, and Simpson have recreated the game’s immersive, dreamlike world, and taken it one step further. As characters bounce back and forth between flashbacks and the present, time never feels quite real, effectively capturing the game’s cycle of death and return even when characters aren’t dying on the page.

“The Veil, Torn Asunder” is a satisfying next step in the comic’s journey. If “The Death of Sleep” is about the Hunter’s quest to escape the nightmare and Yharnam, “The Veil, Torn Asunder” is about what happens when we take the pursuit of the Truth to its limit and embrace the nightmare. For the nameless main character, it’s a descent into madness.

Part of what makes Bloodborne so alluring to me, personally, is what it lacks. There’s as much story in it as the player wants to find. The cutscenes do little to relay the realities of Yharnam—rather, those are relayed through item descriptions, weapons, and notes scattered around libraries and cathedrals. This environmental storytelling leaves it up to the player to make their own inferences and conclusions about the game’s events.

Kot is especially suited to write this comic form. With its lyrical narration, “The Veil, Torn Asunder” reads more like an epic poem than an average comic book, and Kot perfectly captures the sensation of true understanding being ever-so-slightly out of reach. I enjoyed Bloodborne #16, but it really clicked for me when I realized it was subtly exploring the Madman’s Knowledge, an item that grants players insight and certain special abilities within the game. 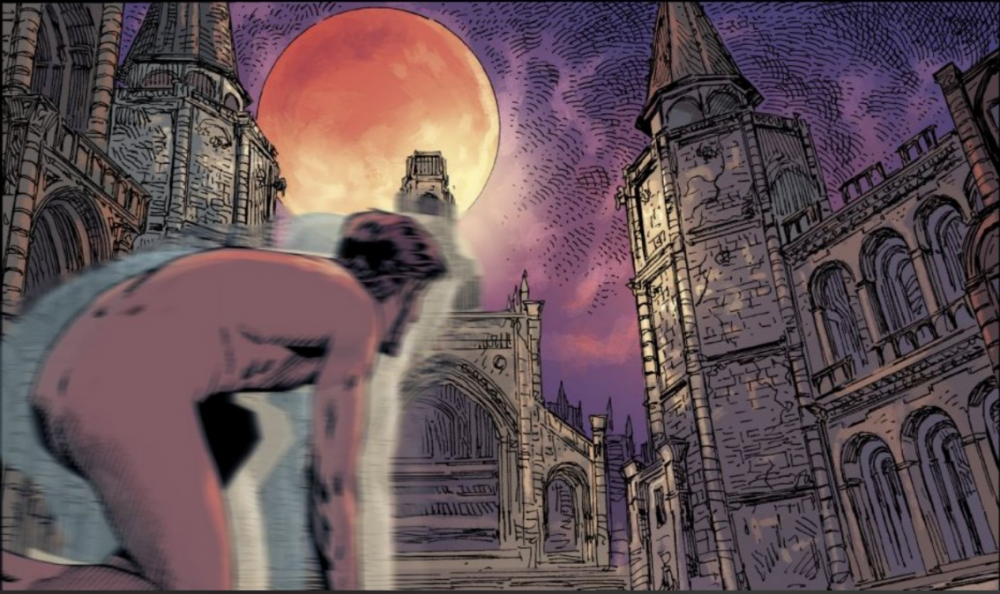 The protagonist of “Bloodborne: The Veil, Torn Asunder” searches for the Truth throughout Yharnam.

In this way, the comic is a wonderful companion to the game, as it delves into perspectives players never get to experience as the Hunter. I liked this about it, and appreciated all of the lore tidbits scattered throughout the series at large. The focus on not just what the items do but why they’re used and how they’re acquired demonstrates a passion that shines through in the comic. (Indeed, Aleš Kot said in a Reddit AMA that they have played about 200 hours of Bloodborne.)

I don’t think readers who have not played the game will get as much out of the comic as readers who have, but even then the art leaves a lot to appreciate. Throughout the entire series, Piotr Kowalski’s art has done a wonderful job of capturing Yharnam’s gothic architecture. The art is incredibly rich and detailed, which results in breathtaking landscapes and grotesque beasts that are just as evocative as those in the game.

Bloodborne is easily a horror game, but it’s also one of the most beautiful games I’ve ever played, with bursts of color and vast, stunning landscapes that make you forget just how many beasts are trying to kill you at any given moment. I found the art throughout the comic to have a similar sense of scale, and this is especially true of Bloodborne #16. Kowalksi’s closeups of the main character’s face drew me into his thoughts and his grapple with madness. Each landscape became a reminder of just how small and powerless he, and by extension, the reader, is against the greater forces controlling Yharnam.

Brad Simpson’s colors are another stunning tribute to the Yharnam of the game. Even the more muted palettes are bursting with interesting color, a reminder that not all horror has to be drab. The comic is all the more interesting, immersive, and visceral for it.