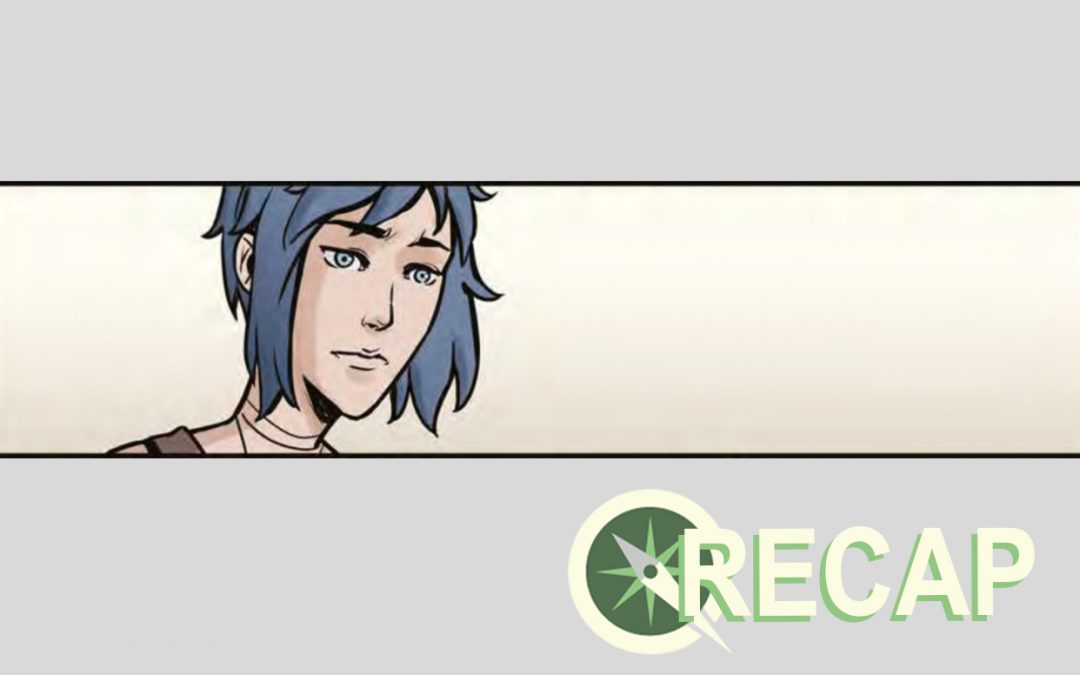 When I finished Life is Strange #5, I said that the table was set for an exciting story. Sure enough, Life is Strange #6 delivers in a way that’s unexpected but still feels perfectly inevitable. We find out that Max has been in Santa Monica for two years. That whole time she’s been building her life with Chloe and Rachel, and LiS #6 takes great glee in crashing those lives together. 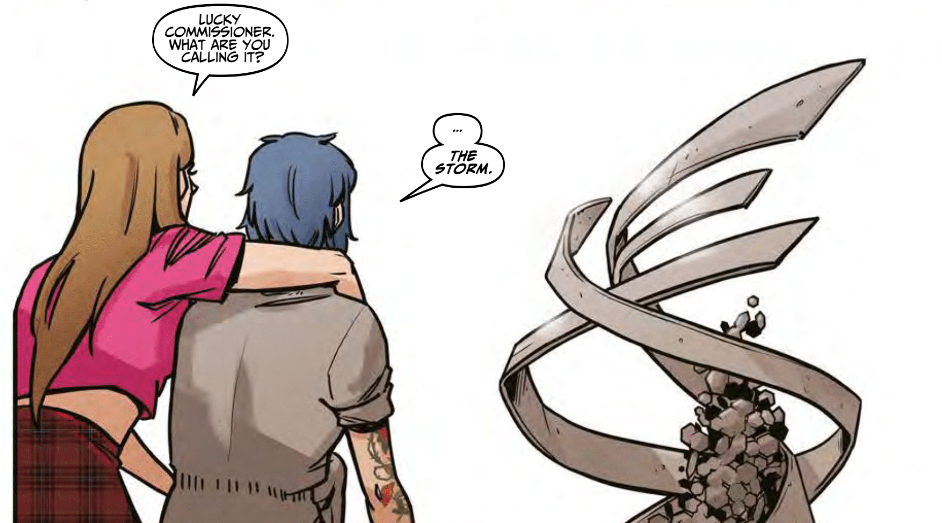 Sidequest was provided with a copy of Life is Strange #6 in exchange for a fair and honest review.

The tension between Max, Chloe, and Rachel lies at the heart of this issue. While Chloe is living her best life making a sculpture ominously titled “The Storm” for an anonymous commission, Max and Rachel have a surprising heart-to-heart at the grocery store. Rachel comes clean about how tired she is of the social media influencer scene and admits that she felt threatened by Max—understandably so, given what we know about the alternate realities Max and Chloe have lived.

Max shows a surprising amount of self-awareness, however. Whatever the fate of the timeline she left behind, she’s grown up a lot since the doe-eyed days of Life is Strange. She knows that she abandoned Chloe and accepts that there’s nothing she can do to change that (without creating another massive probably-time-travel-related storm, at least). Max has finally learned to accept consequences, and later she even manages to admit that she’s spent so much of her life trying to “fix” Chloe so that she wouldn’t have to worry about her own problems.

For Max, the still-mysterious Boy in Black is a welcome distraction from all of this introspection, and his mystery is slowly unraveled here. She chases him down and finally gets him to talk, but she doesn’t learn much before he gets frustrated and leaves. Still, Max is convinced that they have a connection when she sees him sporting her trademark nosebleed.

But despite his presence, the core of the issue is the ways Max, Chloe, and Amber’s lives are pulling them into conflict with one another. The mystery of the Boy in Black plays mostly as a vehicle to further deepen their conflicts. When she chases him down, Max only worsens the tension between her and her life here by abandoning a terrified Rachel in the grocery store. Chloe reaches out to Max, but Max can’t quite bring herself to reach back just yet.

Chloe doesn’t get a lot to do in this issue, but the way Claudia Leonardi has drawn her had me marveling at every page she was in. This isn’t a Chloe we’ve spent a lot of time with; this Chloe is happy, and we see it in every panel. Whether she’s admiring her nearly finished sculpture or showing concern for her best friend, the anger that underscored so many of her encounters in Life is Strange, Before the Storm, and Dust has been spent.

Chloe displays a softness in this issue that we haven’t seen a lot of, and Leonardi nails it every time. Leonardi’s gotten rid of Chloe’s trademark bullet necklace and replaced it with a lug nut—a symbol of security, tightness, and control replacing the constant threat of danger and violence dangling from Chloe’s neck. It ties in well with her hands-on approach to her art. She has to feel it, and we can see it as she touches the surface of her sculpture while trying to decipher one of Max’s outbursts. Instead of lashing out when her sense of security is endangered, she reaches out—literally. The panel lingers as she takes Max’s hand for comfort. The more scared she is, the more she leans into the casual intimacy she shares with Rachel. The two function perfectly fine when apart, but when together they’re always close, always touching.

While LiS #6 pulled the curtain back on Max’s shiny Santa Monica life, it serves up two big promises to bring the strange in the next issue. LiS #6 ends with meeting Chloe’s anonymous client, who turns out to be a figure from timelines thought left behind. While that happens, the Boy in Black approaches Max with the offer of a truce. Max’s life may not be in pieces, but it’s showing some cracks, and unless she decides to bring Chloe and Amber into the loop about her powers the damage may be permanent.

Read about the rest of Life is Strange: Waves here.