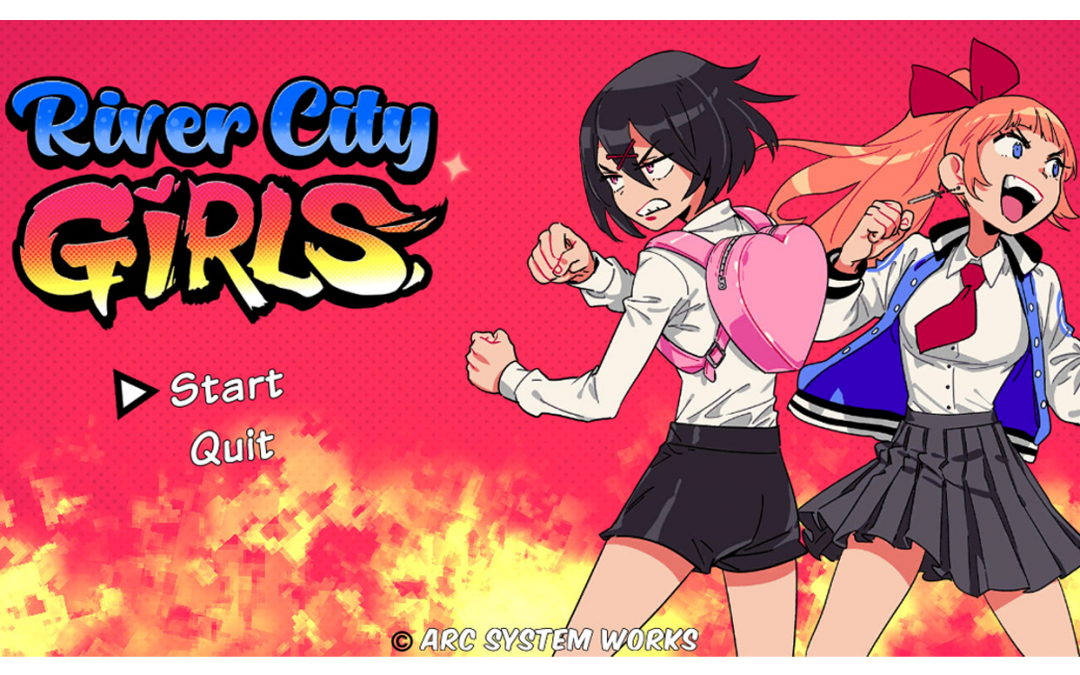 Highschoolers Kyoko and Misako are stuck in detention, but it does not take long for them to break out when they get word that their boyfriends have been kidnapped! The two must literally fight their way through the rough, unforgiving streets of River City on an ambitious journey to save their loves—no matter what it takes.

This review contains minor spoilers for the game.

The main premise of the game is to wipe out enemies and clear the screen in order to move forward. Along the way, you will also encounter boss characters. You have the option to play as either Kyoko and Misako (or both, if you have a local friend to join you in co-op). The two characters are basically the same with purely aesthetic differences. Several settings are accessible to adjust in the start menu before playing, such as scaling difficulty or toggling friendly fire on or off.

Making use of RPG elements, the game allows Kyoko and Misako to level up and unlock new fighting abilities as you progress. Not all of these are automatically added to your repertoire, and they must be bought and organized at a dojo. Some of these moves range from a simply improved kick or punch to a more deliberately obnoxious dab. Currency is collected by pummeling your foes, which can be used to purchase goods in the shops scattered across River City’s map. You can also buy and collect items to improve Kyoko and Misako’s stats. A lot of these items are parodies of typical beat ’em up equipment, ranging from “Spiked Knuckles” to a “Padlock Bra” which can actually boost your characters’ offensive or defensive strength. Numerous sidequests are also available to complete if you feel like sidetracking from the end goal. Many of these mechanics are very much in line with the rest of the River City series, albeit translated in Girls’ unique way.

That said, River City Girls is utterly ridiculous… in a mostly positive way!

In an interview with USGamer, WayForward’s Bannon Rudis explained that he wanted “to beat the audience over the head with character and presentation”—and River City Girls does that for certain. “Everything is supposed to be over the top, even the characters themselves and the situation that they’re in,” Rudis says.

When you first open up River City Girls, you are immediately welcomed to the blasting of a synth, bubblegum pop-like riotous theme song, giving you a glimpse into the zany world you are about to enter. The game’s intro is treated with a stylized black-and-white comic panel sequence, referencing typical manga format as the main characters discuss their conundrum in detention. While River City Girls presents the story’s kickoff in this initial, colorless world, it does not shy away from throwing you right into a rainbow cacophony. 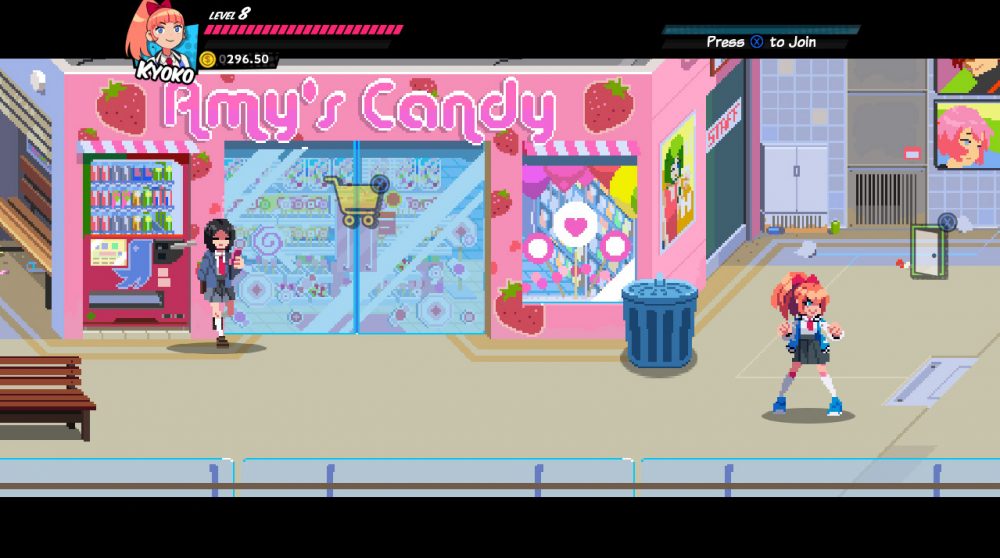 River City Girls is visually loud and unapologetically feminine. Much of the game’s expression recalls the United States’ early anime frenzy in the early 2000s and the resurgence of girl power themes in media, like The Powerpuff Girls, Charlie’s Angels, or the Canadian-produced Totally Spies!. Kyoko may be aloof and Misako may be a punk, but they prove themselves able to take and return any hits. Girls is rendered in an eye-popping 16-bit style, and nothing ever feels static with all of its interactive background elements and subtle animation cues.

Although it presents a stark contrast to the masculinity of the River City games, Girls still stays faithful to its roots. It generally sticks to the series’ formula and shines a new light on many NPCs from the bigger Kunio-kun universe. Some of these characters return as bosses, or are rejuvenated in the form of non-hostile characters, such as the shopkeepers scattered throughout River City. Most importantly, it is revealed up front that girls’ boyfriends turn out to be River City original mainstays Kunio and Riki. (So wait, who are Kyoko and Misako exactly? Don’t worry, I’ll get to that.) 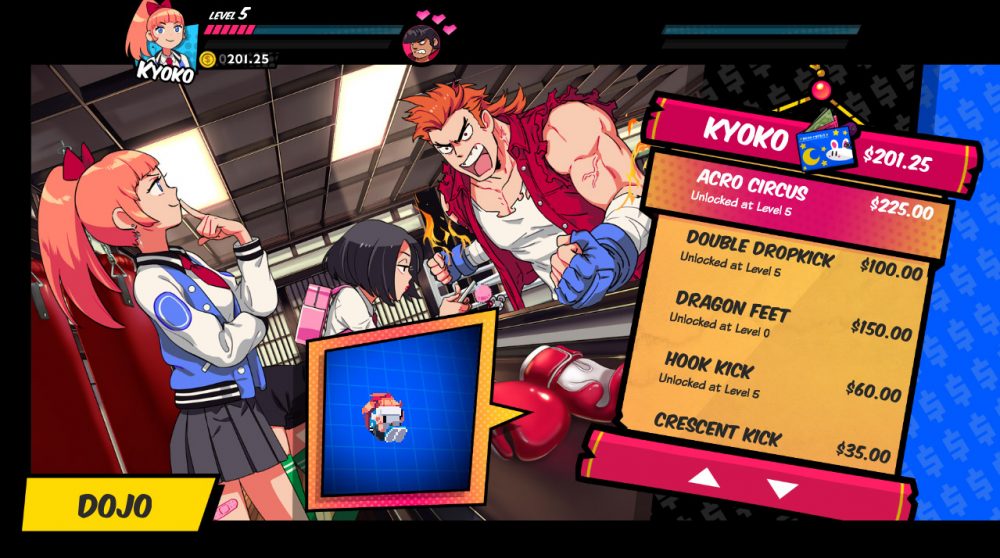 Some of the shopkeepers of River City are returning characters.

River City Girls is not without flaws. The game has no online functionality, so playing co-op with a buddy at a long distance is unfortunately not an option. On a technical level, the game could also benefit from a little more tweaking. The settings to adjust keybindings aren’t accessible or readily clear at first, and the control scheme’s default mapping can be an annoyance. There are many actions in the game that use or repeat the exact same button input in spite of each other and this can inevitably cause a huge disruption in playing. For instance, talking to an NPC shares the same input with performing an attack or entering a store. There were more than a few times I wanted to pull off an attack but I ended up exiting the screen, ultimately resetting everything, including enemies, when I ran back in. 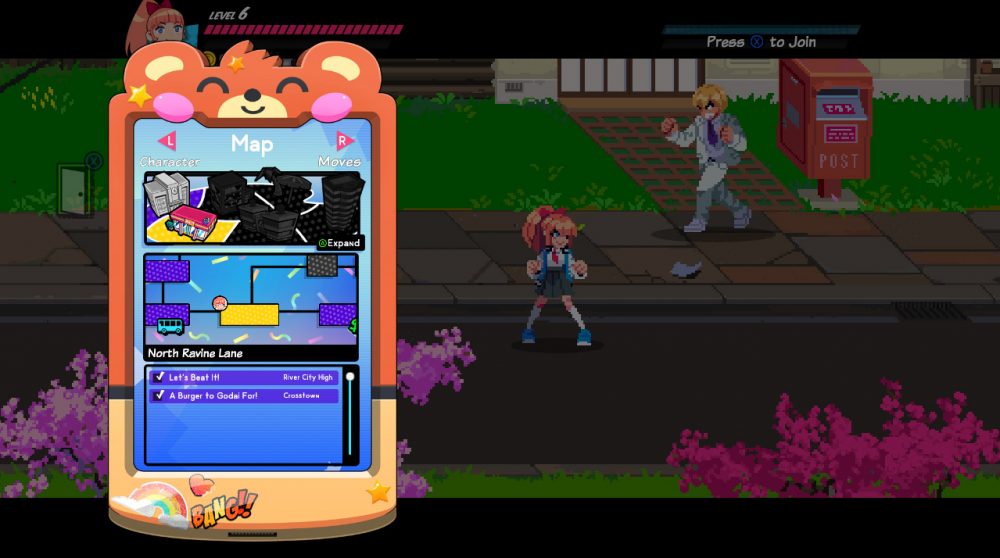 Access the inventory, map, and skills is displayed in the form of a smartphone the girls’ use.

But most importantly, even though it was likely not the intention, River City Girls takes you on a fun ride with a message that ultimately falls flat—if it was trying to convey any message at all. In the end, Kyoko and Misako aren’t exactly who you think they are and it may come off as a betrayal to the game’s spirit. The two turn out to be returning characters from the series, and in what is an otherwise empowering game, the final intent behind the girls’ roles can feel mean-spirited. Girls is already riddled with hyper-feminized satire, so the joke flatlines, contradicts the feel of the game, and reads as confusing.

The game also suffers a few writing hiccups—the strength of a lot of its jokes depends on prior knowledge of the River City franchise. Fans more familiar with the lore might also find that the game’s conclusion complicates the official chronology. It is very minute and subjective, but if Kyoko and Misako were going to be treated as a punchline, there could have been a compromise that makes sense for both old and new players—it could actually be funny! In addition, with its intentional, tongue-in-cheek and nostalgic tendencies toward tropes and heavy hyperbole around, well, everything, the River City Girls may be too overbearing and overstimulating depending on some people’s tastes. 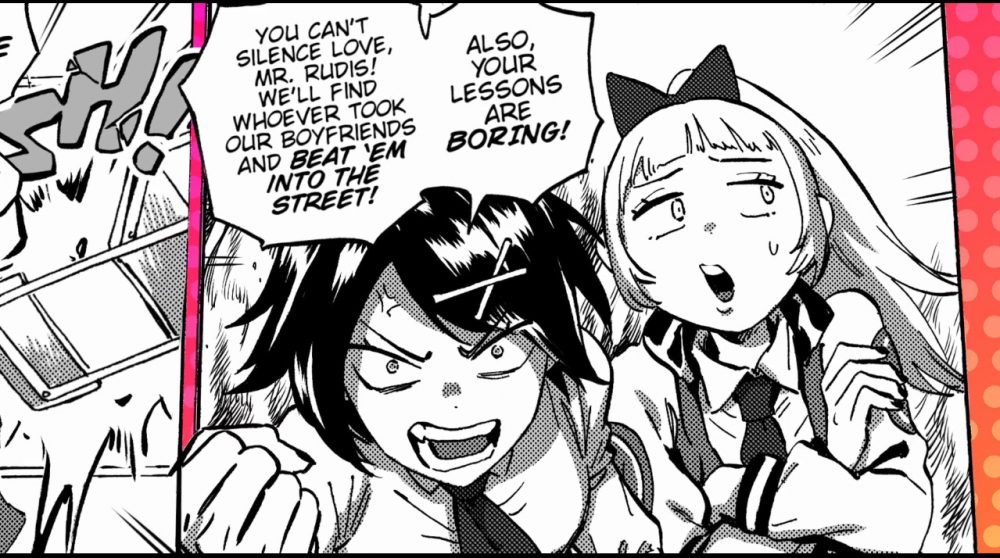 Overall, River City Girls is an exhilarating, unapologetic ride. Not only is it a genuine ode to its origins, but it is a generally solid beat ’em up with polished, expressive visuals where you can find escape and unleash your stresses at the end of the day. But be warned: although the game seems to lay everything out upfront, its resolution may not be what you bargained for. Maybe Kyoko and Misako will have an opportunity to redeem themselves if they are able to walk away from this experience unscathed.