Feather is a Relaxing, if Brief, Meditation 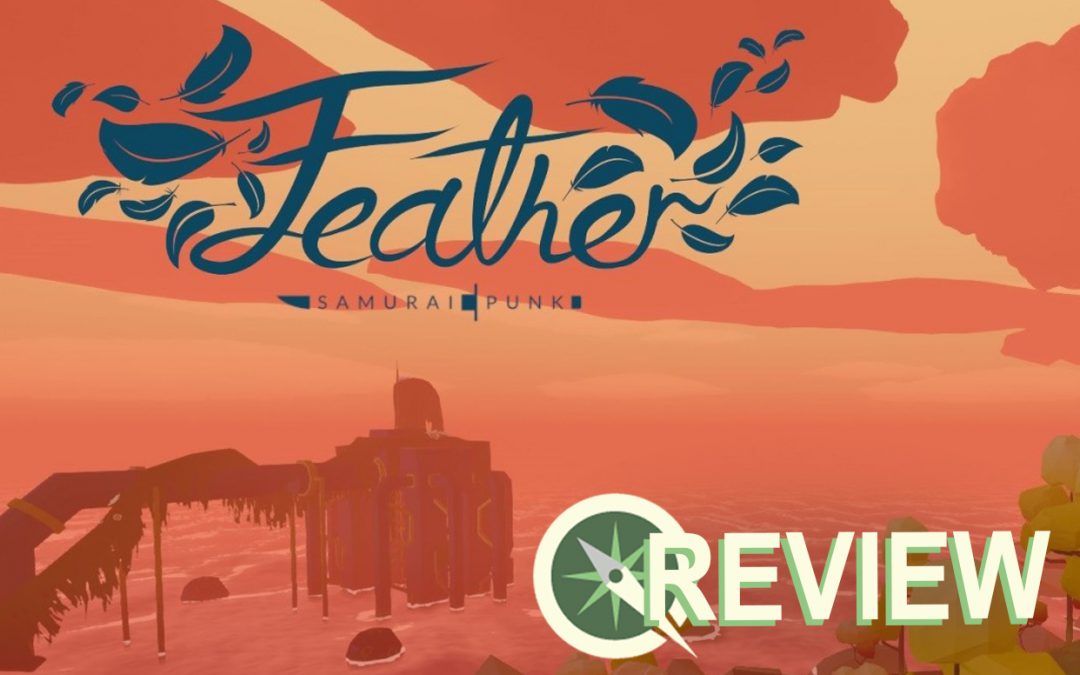 For the last few months, it’s been hard for me to focus on a new video game. Day-to-day stresses and my country’s near-hourly political turmoil (you know, the usual) all take their toll. Video games have often been my go-to shelter, but I find myself too distracted to stick with one for long. Spider-Man held my attention for a while, but I soon got overwhelmed by the sheer amount of things to do and collect. One of the ways my autism manifests itself is in a need to complete all the quests and obtain all the collectibles in video games. You can imagine the problems Peter Parker’s infinite backpacks caused me.

Then Feather came up on my radar. Touted as a game that would offer a “serene” experience, along with exploration of a beautiful world, I was intrigued. I don’t expect a game to clear my skin or cause my crops to flourish or cure my long-standing mental health issues, but I thought it wouldn’t hurt to see what kind of impact it would have on me. After all, meditation helps me focus and deescalate panic attacks. A game where you’re floating around while listening to calming music sounded like it might offer a similar experience.

This “serene” gameplay isn’t a unique idea, by any means. The critically-acclaimed Flower, for example, allowed the player to control the wind, manoeuvring a flower petal around the world. However, there are some key differences and, if you’re expecting a similar experience to Flower, you may be disappointed. 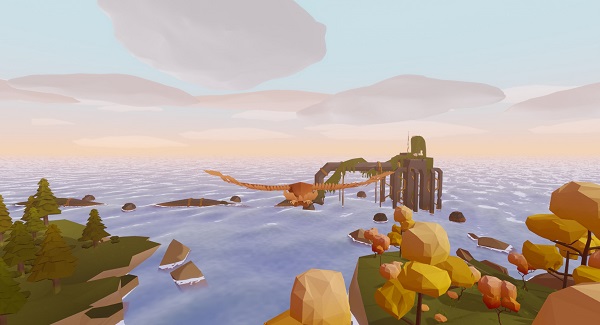 Flower had several levels, each following a narrative arc. Feather isn’t as structured. That isn’t necessarily a bad thing in comparison, just different. The player controls a bird from a 3rd person perspective, sat directly behind it. Players control the movement of the bird, causing it to swoop and dive around an island containing lush greenery, hidden caves, and snowy mountains. Pleasant, ambient music floats throughout the game as the player explores the landscape.

Along the way, the bird can fly through rings dotted around on what appear to be buildings long-since abandoned. Doing so changes the music that’s playing. While all the melodies are relatively relaxed, a few contain a more upbeat tempo.

The game’s graphics are wonderfully rendered (I played on a gaming PC, so can’t speak to how well it performs on the Switch). The highlight for me is to be found in the underground caverns. The caverns are one of the secrets of the island, besides the various locations of the music-changing rings and one or two other things to be discovered. The caverns were impressive, a canvas of soothing colours and lights that illuminate when the bird passes over certain plants. This was the most relaxing part of Feather for me. I spent quite some time just investigating and soaring around the cave tunnels, enjoying the scenery. 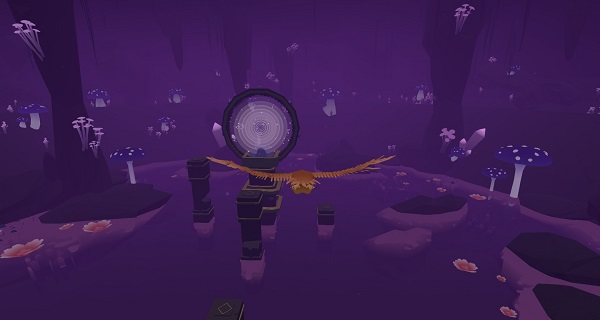 The immersion of the game is assisted by the sound effects accompanying the player as the bird flies past babbling streams or (as was in my case) when it crashes into trees multiple times.

However, there is no dying in this game. If you do hit an obstacle, the screen greys out and rewinds your progress, allowing the bird to reverse and for the player to make a course correction. This can be a little challenging when you don’t have much manoeuvring space, but not frustrating. The lack of a fail state is appropriate, if not essential, for a game where you’re meant to be having an experience rather than trying to complete a quest.

This way of playing may feel aimless to some, but calming for others. It depends very much on what you’re expecting of Feather. Those looking for a deeper narrative (or a narrative at all) won’t find that here. If you’re looking for a game where you can switch off your brain and just relax for a few minutes, this will be ideal. However, it doesn’t offer the same intricacies as Flower, with multiple levels to explore. Feather is based on one island and, while there are different environments (forest, mountains, beach, and caves, for example), a player will run out of things to discover fairly quickly. I managed to find the majority of the hidden areas, and covered the whole visible island, within approximately 20-30 minutes.

There’s a tricky issue here about whether the experience is worth the cost of $9.99 USD and, ultimately, I’d say no. Yes, it’s a very pleasing way to pass the time. It was also a nice way to unwind after work, but I’ve not gone back to the game for over a week because I just don’t feel compelled to. I’ve seen the island, I’ve heard the music; it was diverting, but not addictive, and certainly not essential. I might go back to it now and again, but I can easily replicate the same experience through other media that doesn’t require quite as much financial investment. Feather is a beautiful and uplifting game, but more a passing distraction than anything I would really return to again and again.