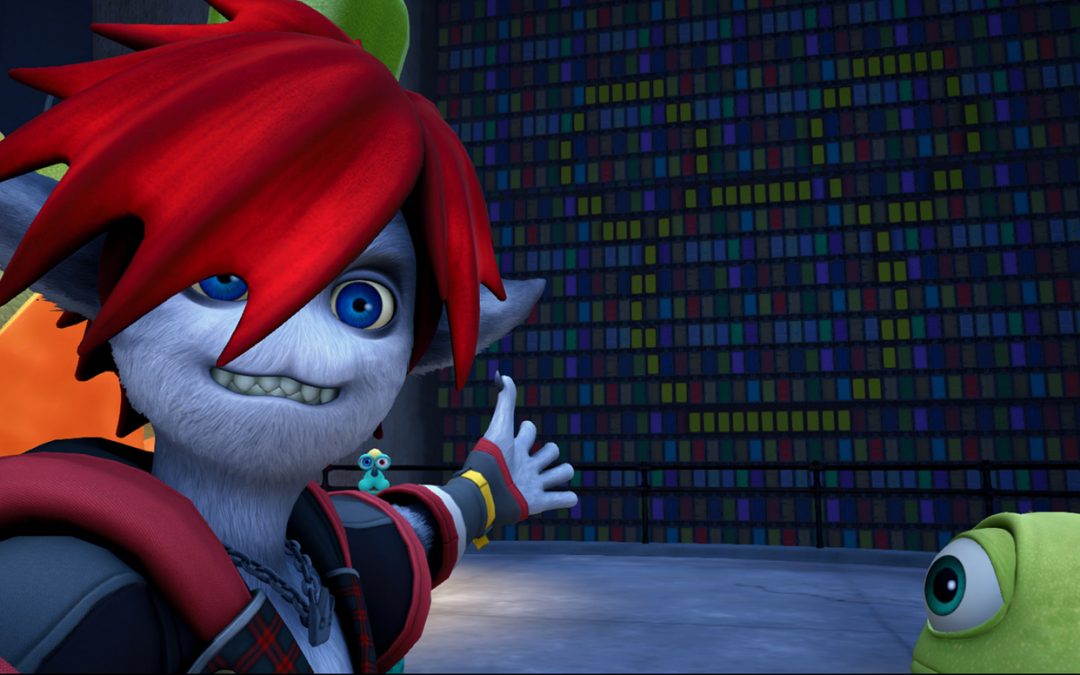 Kingdom Hearts III was one of the most anticipated games of 2019, and with good reason. The 17-year-old series’ conclusion was advertised as a sprawling, high-def romp through beautifully rendered worlds full of your favorite Disney characters. Also, we were finally (allegedly) going to see how the hell this clusterjam of a series resolved into something halfway sensical.

The game delivered on many of its promises for the most part and, yeah, it was pretty fun to play! However, I have a bone to pick with one of KH3’s sidequests, and others will agree with me here: those damn Lucky Emblems.

In Kingdom Hearts III, the Lucky Emblems take their concept from something Disney World and Disneyland have been doing for decades: Hidden Mickeys. The same way that people can spot various Mickey Mouse-shaped objects around the parks in real life, players can find 90 mouse-shaped symbols scattered throughout the many worlds. Now, this sounds like a pretty fun scavenger hunt, right up until you’re scanning an area for the 15th time while Donald Duck belligerently shouts, “Look Sora, a Lucky Emblem!” at you.

So here are the ten most obnoxious Lucky Emblems in the game, the emblems that, once I found them, made me want to throw my controller directly through a Square Enix window. You have to wait until the little cartoon that’s playing on the screen is over before you can hop up to the front and snap that photo. But don’t worry, you can pass the time by harvesting ingredients from the popcorn bins scattered through the audience. This one was only kind of annoying to find, and it’s so cute I can’t be mad at it. I don’t know if it was just my TV settings or what, but I had a time and a half seeing this emblem tucked away on a shadowy rock in the marshes of Rapunzel’s world. Full disclosure: just about every Lucky Emblem and hidden treasure chest in San Fransokyo is a colossal pain in the ass to find. This one is hiding in a tunnel you have to slide over to on the train tracks. I stood on the cliff overlooking this portion of water twice and missed this emblem both times. My girlfriend had to point it out to me. Again, just about every Lucky Emblem in San Fransokyo was difficult to track down, and this is the ONLY Emblem that makes you go out into the city at night to find it. This one took a solid ten minutes of searching through a six-foot-square area, and when I finally found it, it was completely by accident. But that one was nowhere near as bad as… Listen, my eyes are bad, but this is ridiculous. Yes, there’s a Lucky Emblem in this photo and whoever put it there is a raging jerkface.

But the worst offender by miles is… Looks easy to spot, right? But if you happen to stand just about anywhere else in the shop… Yeah. You can literally only see it if you stand on one exact spot at an exact angle at the very top of a high shelf in a toy store. I’m not over it yet.