Grow Up: Why We Need Young Adult Games 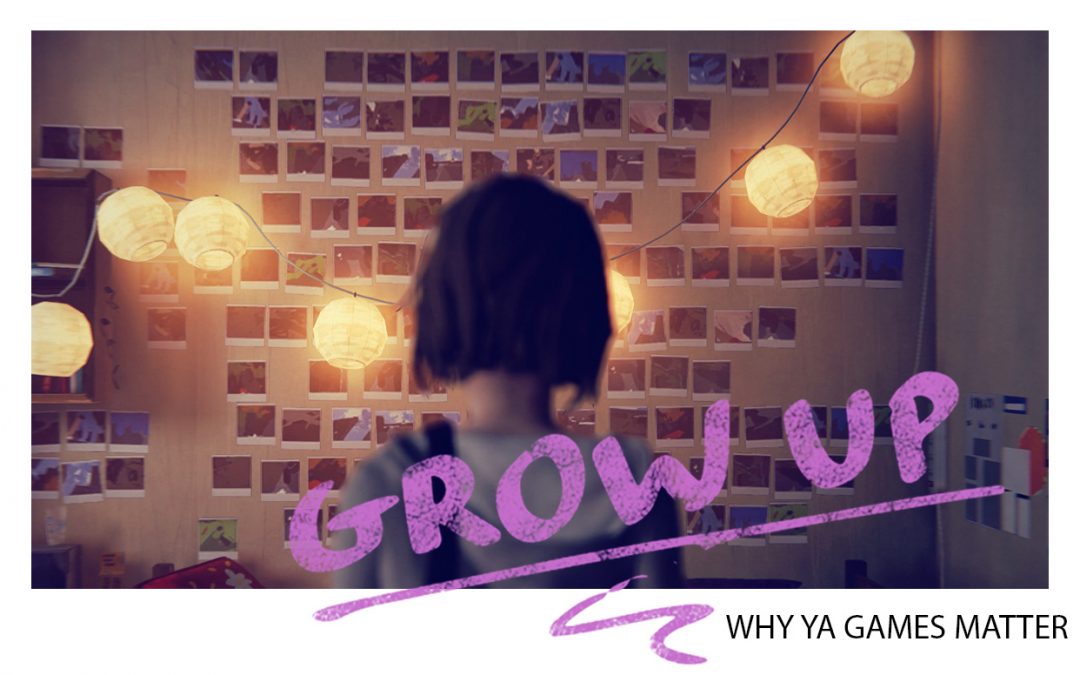 I am an unabashed lover of young adult fiction. I always have been; it was there for me when I was a kid, and as an adult it’s a breezy respite from the heaviness of the mature books I also read. The same is true of games, where “young adult” is a label that doesn’t quite exist. Instead of young adult, we label games as for kids—though, for adult audiences, kids’ games are seen as somewhat more acceptable than young adult fiction, given the number of us unabashedly sinking hours into Sonic Mania—or for adults, with little room for anything else.

Any reader of young adult fiction knows that there’s a stigma against it. According to critics, it’s easy, lacking in complexity, full of cardboard characters with unrealistic personalities and silly love interests. Despite the difference in medium, the same can be said of games—except that we tend to refer to young adult games not by that name, but rather with the word “juvenile.”

To be clear, the word “juvenile” itself simply means that something is by or about younger people: children, adolescents, teens, et cetera. But it has a negative connotation, too, and is often used to mean for young audiences by virtue of its immaturity. Like “young adult” among people who disparage YA lit, it means a lack of sophistication or depth. It’s rarely said for accuracy, but rather for impact.

We—we being critics, readers, and so on—often think of YA as juvenile because it isn’t for us. It’s for people younger than us, who are not yet world-weary and thus disgusted with endings that aren’t either sad or ambiguous. If it doesn’t reinforce your sense of ennui, is it even worth your time?

Which, I think, is exactly why tossing around the word “juvenile” when it comes to games that are about teens and end happily is misplaced. Gone Home isn’t juvenile, in my opinion—or rather, it is, because it’s not for me, a grown-ass woman. To be fair, most people don’t know what “young adult” means, which is because, if I’m honest, it’s not a great name for the genre. In a Waypoint Radio episode, Austin Walker identified Marvel’s Spider-Man as one of the first true AAA young adult games. Peter Parker is, in fact, a young adult. He struggles with rent and balancing his personal life with his job. The things we all dealt or deal with in our late teens and early 20s.

But that’s not actually “young adult.” Accuracy is important, and it’s a common struggle to define young adult among book readers, as well. It’s a distinct market targeted at 12- to 18-year-olds, written for and about teens. It’s an amorphous distinction, not technically a genre, despite many YA novels having features in common: the bildungsroman structure, the tendency toward broody romance, an optimistic ending involving revolution or self-discovery.

Not only do the age demographics not line up with young adult, but neither do the themes. Spider-Man‘s narrative is more in line with an emergent genre known as “new adult,” which targets 18 to 25-year-olds and concerns themes like adult agency, explicit references to politics, emotional growth, and, yes, sex.

Which is the problem with labeling games as “juvenile.” Is Gone Home juvenile, or is it young adult? It’s the latter, according to me, but the games community doesn’t seem to recognize a difference.

Remember five, ten years ago, when we were all concerned that audiences outside of the gaming community weren’t taking games seriously enough? We’ve conflated games’ capability to be mature with a dour sense of nihilism; now anything that isn’t that particular brand of serious, Rand-referencing “literary” is either relegated to the “pure fun” pile alongside Super Mario Odyssey and Battle Chef Brigade or, if it dares to have a message that isn’t depressing, it’s slapped with the “juvenile” label.

But what does it mean to be juvenile? Is it to be a story with young protagonists, or a story with underdeveloped messages? Because if it’s the former, certainly Gone Home is juvenile. If it’s the latter, BioShock Infinite should be our go-to example for what constitutes being juvenile.

The problem, here, is not entirely that the games community lacks an understanding of what “young adult” is, though proper terminology would certainly help. It’s that we still associate “dark” with “mature.” A mature narrative doesn’t have to be one that leaves you feeling upset about existence, but because of our long-running associations between sadness and intelligence, it often is.

We assume that narratives that aren’t dour are less mature because they aren’t targeted at us, ignoring that the reason so many people of older age groups dabble in YA is precisely because adults, too, need narratives of hope and change and growth. The emergent NA genre is proof of that; adults, too, can grow. We don’t have to stew in our own misery forever.

Young adult has another purpose, too: it implies an audience that often goes ignored in games. Recognizing that teenagers play and enjoy games doesn’t mean that they are somehow no longer mature. A diverse audience creates more niches to be filled by new games that press at the corners of what we know, expanding the medium, encouraging it to grow.

I love YA. I love games. I love the intersection of the two, the way that play and growth and joy come together to form stories that remind me not just of the potential I once had, but the potential I have now, the hopefulness that I can find in fiction. In this series, I’ll be exploring the games that feel young adult to me as well as the games that are sometimes erroneously slapped with the label. What does it mean to be young adult in a medium that’s often so focused on one specific idea of adulthood? I hope to find out.

Read more in the Grow Up series.